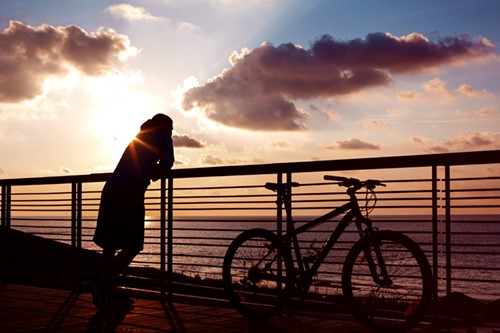 It’s becoming more likely that we’ll have a mild Atlantic hurricane season, as forecasters from the NOAA Climate Prediction Center have raised the likelihood of a below-normal season to 60 percent.

23 catastrophes have been designated in September, resulting in $66.2 billion in insured losses from 4 million claims.

The outlook is a significant increase from the start of the season, when the NOAA expected a 25 percent chance of below-normal hurricane activity.

Though there’s still a chance for an above normal remainder of the season, forecasters have dropped the likelihood to just 10 percent.

So far, there have been five named storms this season: Sub-tropical Storm Alberto, Hurricanes Beryl and Chris, and Tropical Storms Debby and Ernesto. An average six-month hurricane season produces 12 named storms, of which six become hurricanes, including three major hurricanes.

Over the past 10 years, 2010 and 2011 were the most active years for September catastrophes, with eight events resulting in approximately 311,000 claims and $2.1 billion in insured losses. September 2017 saw two major hurricanes – Irma and Maria – causing a severe impact on the industry.

The following graph illustrates catastrophe activity for September from 2008 to 2017 in terms of dollar losses and claim volumes. 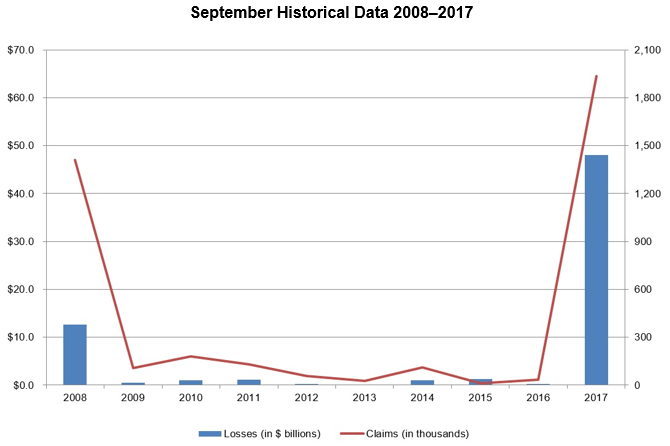