Private personal flood market whips up a wave of opportunity

Private personal flood insurance is no longer a distant prospect. After half a century in which this risk was largely ceded to the National Flood Insurance Program (NFIP), the market has new tools and data to support a comeback—and substantial, measurable potential for insurers that are ready to make strategic moves.

That potential adds up to $41.6 billion for the contiguous 48 states, based on modeling by Verisk that combined U.S. Census estimates of one-to-four-family owner-occupied housing units; input from multiple Verisk flood insurance products and tools; and key assumptions about housing stock and valuations. The findings are outlined in a new Verisk white paper, Sizing the Personal Flood Insurance Market. 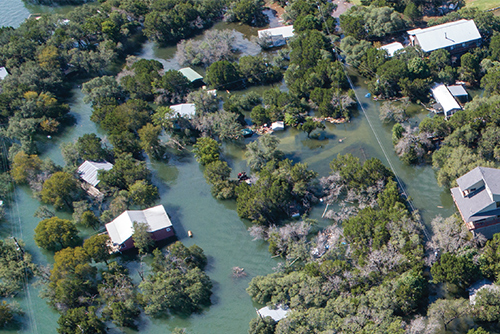 For insurers that want in on this unique growth opportunity, a critical challenge is to identify where the opportunities are greatest and determine the risk associated with each property. Scientific and technological advances have produced new tools that can help insurers identify, measure, underwrite, and price flood risk on an actuarially sound basis.

The most frequent natural disaster

Flooding may be the most frequent natural disaster in the United States,1 but many Americans don’t purchase flood insurance. They may mistakenly believe they need flood insurance only when lenders require it under federal banking regulations or that it’s already covered in their homeowners insurance policy. But flooding isn’t limited to 100-year floodplains as designated by the Federal Emergency Management Agency (FEMA), which oversees the NFIP as the principal market for insuring these losses.

The risk is far more widespread than many Americans realize. FEMA estimates that as much as 30 percent of flood loss occurs outside designated 100-year floodplains, and about two-thirds of flood losses from Hurricane Harvey in 2017 were beyond recognized floodplain boundaries.

More frequent and severe floods have dealt multiple blows to the NFIP program and driven a renewed interest in private-market flood insurance solutions.

Download our white paper and dive into a new pool of potential growth.

Marc Treacy is managing director at Verisk. He can be reached at MTreacy@verisk.com.