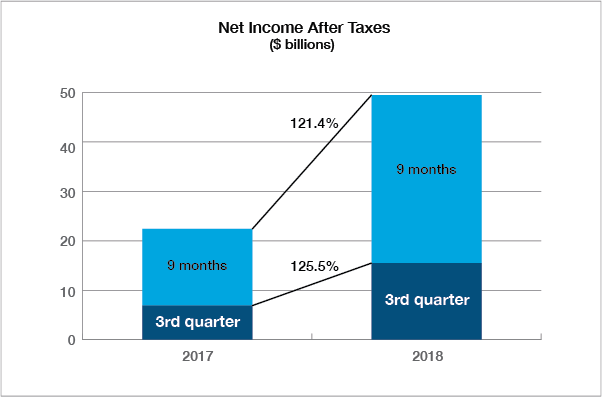 The insurance industry performed well in nine-months 2018, helped by continued growth in premiums and investment income, according to an analysis by Verisk's ISO and the American Property Casualty Insurance Association (APCI).

Overall LLAE decreased 0.5 percent to $310.2 billion in nine-months 2018, driven largely by a $13.1 billion decline in net LLAE from catastrophes. The last time overall LLAE decreased was in 2013, in the wake of the losses from Superstorm Sandy. As we look forward, catastrophes remain a major consideration, and the full-year industry results for 2018 will likely be affected by the losses from the California wildfires. In the coming years, insurers' underwriting results will critically depend on their ability to acquire and deploy the analytical and technological tools to help automate processes, improve decision making, and reduce costs.

Net written premiums grew 11.4 percent to $468.8 billion in nine-months 2018, affected in part by organic premium growth and changes that multiple insurers made to their reinsurance arrangements.

Their annualized rate of return on average surplus more than doubled to 8 percent in third-quarter 2018 from 3.8 percent a year earlier.

View the full report from ISO and APCI here.

Neil Spector is President of ISO, a Verisk business. You can contact him at nspector@verisk.com.