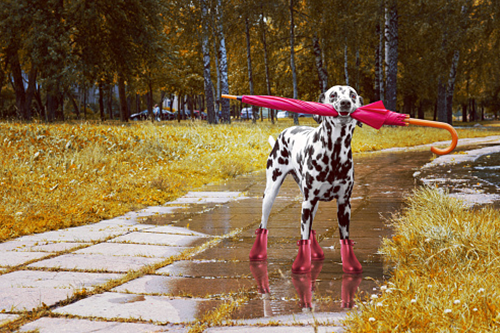 October marks the end of peak hurricane season. While the fourth quarter generally tends to be less active than the third, insurers should still be vigilant in preparing to assist policyholders in case of late-season events.

Insurers should be vigilant in preparing to assist policyholders in case of late-season events.

Over the past decade, PCS® designated 22 catastrophes in October, which included 15 wind and thunderstorm events, three hurricanes, three wildfires, and one winter storm.

Since 2007, October hurricane catastrophes totaled over an estimated $21.5 billion in insured losses with more than 2 million claims. The storm remembered as Superstorm Sandy occurred late in the month in 2012 and was the most significant October storm of the past decade. The wildfire catastrophes, which all occurred in 2017, had a combined estimate loss that exceeded $12 billion with nearly 39,000 claims.

Catastrophe frequency most significant in 2017

While 2017 had the greatest frequency of designated catastrophes, you’ll note in the graph below that 2012 saw the greatest claims severity due to Hurricane Sandy, which was responsible for 1,580,000 estimated claims and $18.75 billion in insured losses. The graph illustrates catastrophe activity for the month of October from 2008 to 2017 in terms of dollar losses and claim volumes. 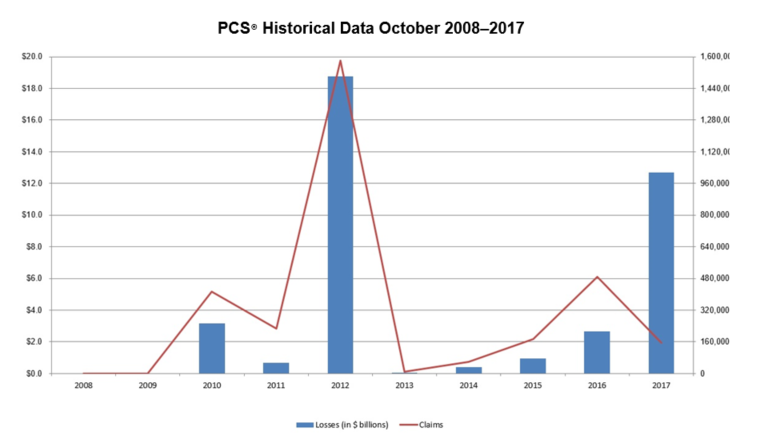