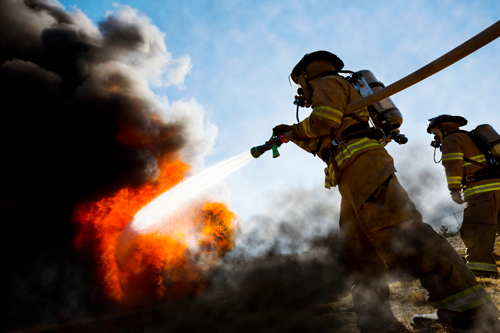 With hurricane season ending officially on November 30, we look ahead to the potential catastrophe risks for the month.

It’s been a moderate Atlantic hurricane season so far, with four named storms being designated as PCS® catastrophes. In the third quarter, Hurricanes Barry and Dorian and Tropical Storm Imelda caused more than $1 billion in combined insured losses; Tropical Storm Nestor developed and made landfall in late October.

Last year was the costliest November for insurers in the last decade.

While November isn’t normally an active month for catastrophes, last year proved that the potential for major losses is always present. There were five designated catastrophes in November 2018 (two wildfires, one wind and thunderstorm event, one winter storm, and one earthquake)—making last year the costliest November for insurers in the last decade. The five events resulted in approximately 120,000 claims with an insured estimated loss of nearly $13.75 billion. The Camp and Woolsey wildland fires combined accounted for $13.2 billion of the total, and the Anchorage earthquake exceeded $100 million in losses.

Overall, there have been 15 PCS catastrophe designations for the month of November over the last ten years, including eight wind and thunderstorm events, three wildland fires, three winter storms, and an earthquake. The 15 catastrophes caused more than 481,000 claims with an estimated insured loss greater than $17.2 billion. No catastrophes were designated in 2010 and 2012, and only one catastrophe was designated each November in 2009, 2011, 2013, 2014, and 2017.

The following graph illustrates catastrophe activity for the month of November from 2009 to 2018 in terms of dollar losses and claim volumes. 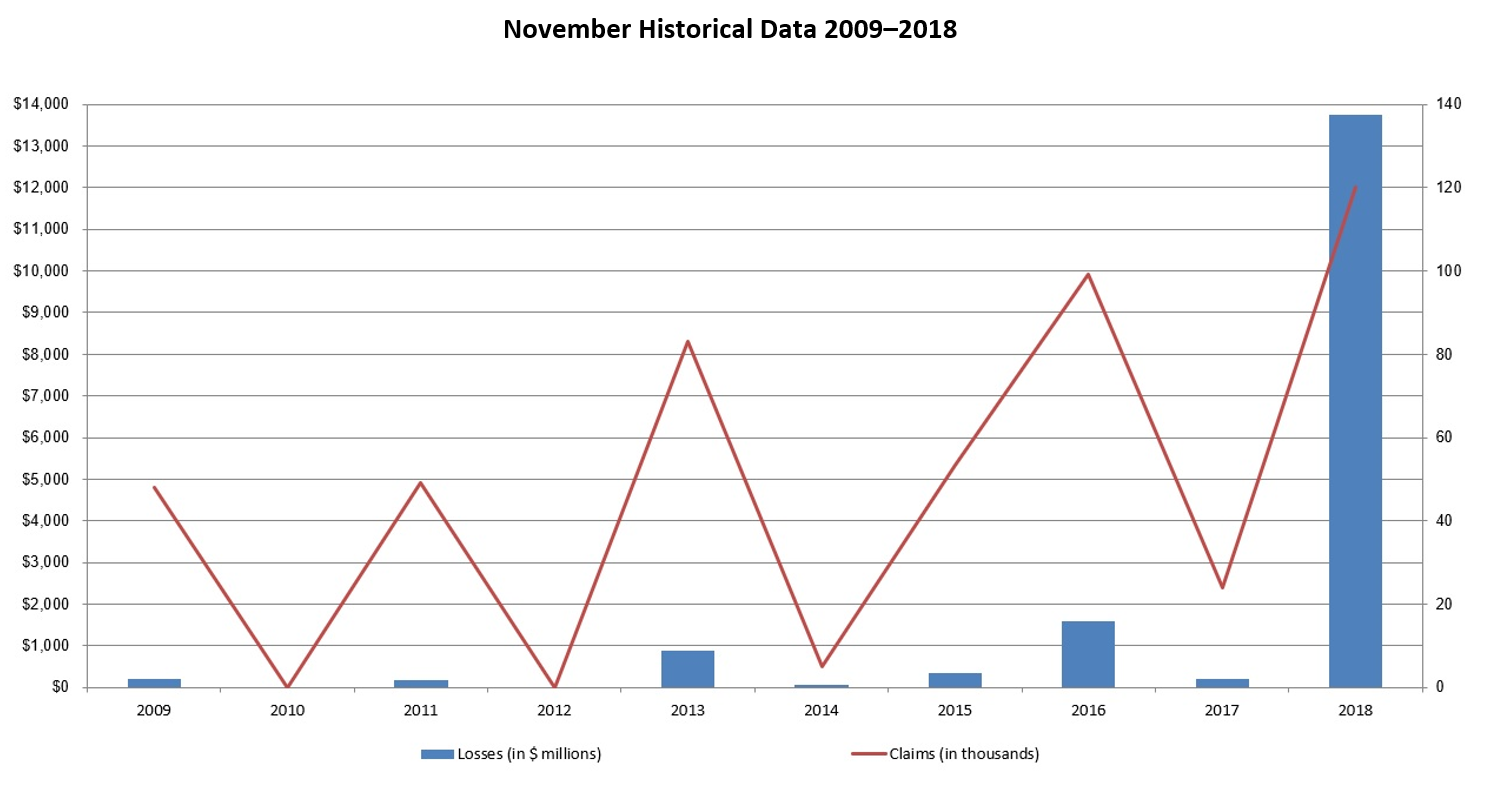