CR-9893 is the latest in a string of recent releases signaling CMS’ possible expansion of MSAs to liability and other non-group health plans (NGHPs) claims. While CR-9893 may be another sign that LMSAs and NFMSAs may be coming, key questions remain regarding exactly where (and when) CMS is headed next. Further, understanding how CR-9893 relates in the larger context of CMS’ other recent activity is critical in assessing its potential significance. 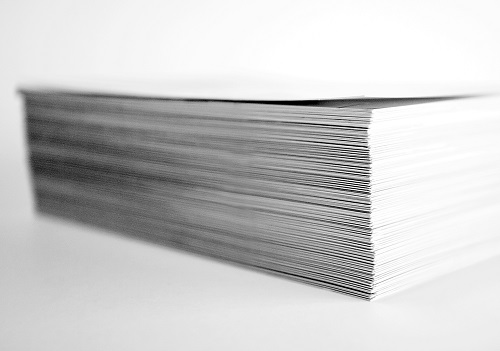 Toward this goal, this article examines CR-9893 in conjunction with CMS’ other recent releases and actions as follows:

Back in June 2012, CMS released an Advance Notice of Proposed Rulemaking (ANPRM), which set forth detailed proposals for LMSAs and other compliance mechanisms for future medicals in liability and other NGHP claims. CMS followed this up in September 2013 with a Notice of Proposed Rulemaking (NPRM) as its next step toward establishing formal regulations in this area. However, CMS ultimately withdrew its proposals in September 2014.

All was silent on this front until last summer when CMS signaled renewed interest in exploring MSAs for liability settlements and other NGHP claims. In June 2016, CMS issued an industry alert announcing plans to revisit the MSA issue for liability and other NGHP claims. While this notice provided no substantive details, CMS noted it planned to work closely with all stakeholders to determine “how best to implement this potential expansion” and hold town hall calls by the end of 2016. However, to date, CMS has not scheduled any town hall calls or issued any further policy alerts.

While the industry awaits further policy information from CMS, there are signs the agency is at least preparing internally for a possible expansion of its MSA process. For example, in December 2016, CMS issued a formal solicitation and bid notice regarding the Workers’ Compensation Review Contractor (WCRC) contract. The WCRC is the contractor that CMS uses to review Workers’ Compensation Medicare Set-Aside (WCMSA) Arrangements. This bid contains a draft Statement of Work (SOW) that specifies that the contractor ultimately selected must be prepared to implement “a similar process to what exists currently under the WCMSA process to evaluate MSAs for other applicable NGHP insurances within 90 days of request.” The SOW further revealed CMS was contemplating dividing NGHP cases into two categories—requiring either full or cursory review—based on proposed settlement amounts. CMS estimates that full-review volume could be as low as 800 or as high as 11,000 additional cases per year, while it projects another 40,000 cases to qualify for cursory review. No further details were provided on the specific criteria or thresholds to be used.

The WCRC bid process ended on February 15, 2017. CMS is now evaluating the bid submissions with a goal of awarding the new WCRC contract by the end of June this year.

Against this backdrop, CMS has now issued CR-9893 to update its CWF for LMSAs and NFMSAs. This notice is intended “for physicians, providers and suppliers submitting claims to Medicare Administrative Contractors (MACs) for services to Medicare beneficiaries.”

CR-9893 advises that “CMS will establish two (2) new set-aside processes: a Liability Insurance Medicare Set-Aside Arrangement (LMSA), and a No-Fault Medicare Set-aside Arrangement (NFMSA).” This change request notes that Medicare will not pay for services related to the diagnosis code (or family of diagnosis codes) associated with an open LMSA or NFMSA Medicare Secondary Payer (MSP) record “when the claim’s date of service is on or after the MSP effective date and on or before the MSP termination date.” In this situation, such claims will be denied based on the open record. For liability and no-fault claims without an MSA, CMS advises that these cases “will continue to be processed under current MSP claims processing instructions.” A copy of CR-9893 can be obtained here.

CR-9893 does not provide any substantive information or policy statements regarding specific criteria, thresholds, or other particulars CMS may be considering for LMSAs or NFMAs.

As the dust settles, a key question at this juncture is, “just where is CMS headed?”

On the one hand, CMS appears to be preparing internally for a possible expansion of its MSA program. As noted, CMS’ SOW as part of the WCRC contract bid process clearly reflects it is looking for a contractor capable of expanding its MSA process outside of workers' compensation. Through CR-9893, CMS is now updating its common working file to include LMSAs and NFMSAs.

On the other hand, CMS has yet to issue any further information or proposals regarding how it plans to expand MSAs to liability and other claims. Further, as noted, CMS has not scheduled any of its planned Town Hall calls or released any additional policy information. A key action to watch is whether CMS will go down the formal proposed rule/comment route toward establishing official legal regulations (as they did back in 2012) or whether it will pursue a more informal course using policy memoranda and other statements similar to its WCMSA process.

Another pivotal question is, “just when is CMS planning to implement any potential expansion of MSAs to liability and other claims?”

CR-9893 references an “implementation date” of October 2, 2017. At this time, it is unclear whether this reflects the date when the CWF will be updated or the date when CMS will begin to deny payments on claims in connection with LMSAs/NFMSAs voluntarily established and reported.

Likewise it is questionable if the October 2, 2017 date hints at the target date that CMS plans to go “live” with any planned LMSA and NFMSA review process, especially given the fact that the WCRC bid information suggests any possible expansion of the MSA process would not occur much before July 1, 2018. Indeed, an October 2017 date would likely be unrealistic if CMS seeks industry input as part of a formal proposed rule/comment process (or for that matter, even if it plans to solicit input as part of any planned informal process). Further, as noted, CMS has yet to hold a Town Hall call or release any other substantive information or policy proposals.

We will continue to monitor this situation closely and provide updates as warranted. In the interim, please feel free to contact the author if you have questions.