Just four of the dozens of wildfires burning across the western United States have consumed more than a quarter million acres, killed one person, and destroyed more than 300 structures, according to reports from federal and state agencies fighting the blazes. For some affected areas, the threat remains active in an already-busy wildfire season.

FireLine®, Verisk’s wildfire risk management tool, is guiding analysis of risk factors seen within the perimeter of these fires. As of July 17, the situation on the ground for the four incidents was as follows: 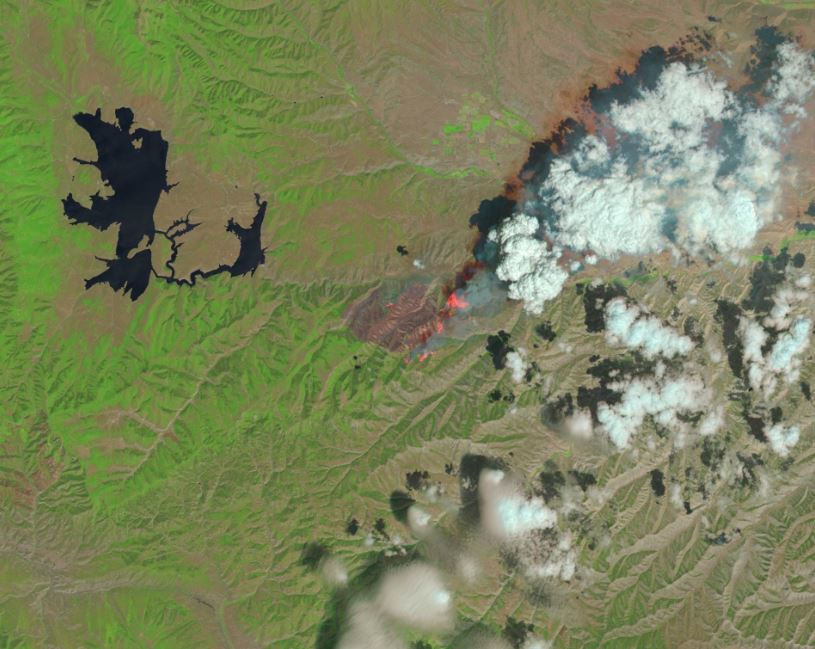 The Klamathon Fire, reported July 5, had killed one civilian, injured three firefighters, destroyed 82 structures, and damaged 12 others as it burned through 38,000 acres as of July 11, according to the California Department of Forestry and Fire Protection (CAL FIRE).The fire was near full containment in Siskiyou County, where evacuation orders had been lifted, and across the state line into Oregon.

FireLine categorized more than 60 percent of the fire area as high or extreme risk. Fuels were largely light to medium, slopes were moderate to steep, and access for firefighters was generally good.

The Spring Creek Fire was reported June 27, five miles northeast of Fort Garland, Colorado. The Denver ABC News affiliate reported the blaze had destroyed at least 132 homes and forced the evacuation of some 2,000 more. It exceeded 108,000 acres burned as of July 16, according to the Rocky Mountain Incident Management Team, which reported one arrest in connection with the fire’s cause. The fire was being managed as two events and was 91 percent contained.

FireLine categorized more than 90 percent of the fire area as high or extreme risk. Fuels were largely medium to heavy, and more than half of the area consisted of steep or extreme slopes. Access for firefighters was generally good.

The Dollar Ridge Fire started July 1, eight miles south of Duchesne, Utah. The Salt Lake Tribune reported 74 homes, 131 camping trailers, and 25 cars had been destroyed and another 12 cabins were threatened. As of July 16, nearly 57,000 acres had burned in a blaze that was classified as human-caused, according to the National Interagency Fire Center. The fire was 85 percent contained.

FireLine categorized 96 percent of the fire area as high or extreme risk. Fuels were largely medium to heavy, and more than 70 percent of the area consisted of steep or extreme slopes. Access for firefighters was generally good.

The County Fire was reported June 30 and burned 20 structures, consuming more than 90,000 acres in Napa and Yolo Counties east of Lake Berryessa, CAL FIRE reported. The cause was traced to an improperly installed electric livestock fence unit. The fire was 89 percent contained as of July 11, and all evacuation orders had been lifted.

FireLine categorized about 79 percent of the fire area as high or extreme risk. Fuels were about evenly divided between light and medium-to-heavy, and slopes were mostly steep or extreme. Access for firefighters was generally good.