The last few years have seen several key cases regarding the evolving issue of what rights Medicare Advantage organizations (MAOs) have when seeking recovery in a primary payer situation. In particular, MAOs are increasingly seeking federal court — and the Medicare Secondary Payer (MSP) statute’s double damages provision — as the means to recover.

Power of the MSP statute 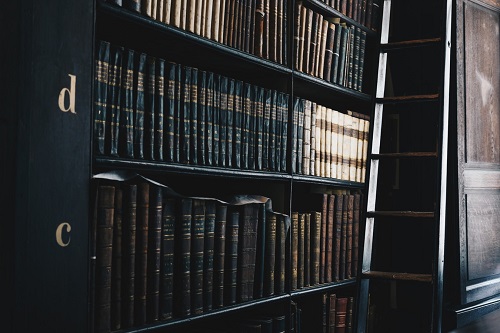 This case begins in January 2009 when Mary Reale slipped and fell at a south Florida condominium complex. Mrs. Reale was a Medicare beneficiary, but had hired Humana to act as her Medicare Advantage Plan. As we’ve explained in the past, this meant that Humana was required to provide baseline Medicare covered services, as well as other services as agreed to in the plan that Mrs. Reale purchased. Reale agreed to a $115,000 settlement to resolve her claims against the condominium. Although Medicare made no conditional payments itself, Humana paid just under $20,000 for Mrs. Reale’s medical treatment. When Western Heritage learned of this, it attempted to include Humana in the settlement, but the state court directed the full $115,000 be paid directly to Mrs. Reale.

With uncertainty as to who would pay the reimbursement (and as to how much Humana would see), Humana separately sued both Reale and Western Heritage in federal district court in Miami. After an initially unfavorable ruling in its recovery against Reale, Humana voluntarily dismissed its case against Reale and pursued its case against Western Heritage. Even though Western Heritage had paid the full amount to Reale, Humana sued Western Heritage shortly after the settlement. In its lawsuit — filed in federal court in Miami — Humana alleged that it had the same rights as Medicare and that its payments were conditioned upon reimbursement and therefore subject to the MSP’s private cause of action provision. In availing itself of the MSP’s private cause of action provision against a primary payer, Humana sought double damages.

Beginning with the third circuit’s decision in re Avandia, three federal district courts have agreed that Medicare Advantage plans can employ the MSP’s private cause of action provision to pursue primary payers in federal court. In Avandia, the court found that the “plain text” of the MSP’s private cause of action statute was broad enough to apply to MAOs and that this section did not contain any narrowing language excluding MAOs from its application.

The court in Western Heritage was persuaded by the Avandia court’s core holding: that MAOs are entitled to use federal court to pursue recovery of payments made but subject to a later third-party settlement. Here, the court awarded summary judgment to Humana with double damages even though Western Heritage attempted to include Humana in the settlement and was ordered to directly tender the full settlement to the claimant. In doing so, the court relied upon Avandia in saying:

In the bigger picture

The Humana v. Western Heritage ruling may act as a bit of a wake-up call. Simply put, Medicare doesn’t typically act like Humana. The government very rarely files lawsuits in federal court to pursue conditional payment recovery. When parties attempt to tender recovery to Medicare, Medicare’s contractor will typically work with the parties to facilitate timely repayment — even when there’s a dispute as to who is responsible for repaying Medicare.

Medicare Advantage plans — of which there are hundreds throughout the country — may be more willing to push the envelope and use federal court to pursue recovery. Claims payers must be mindful of this important area of Medicare Secondary Payer compliance. As of today, courts with jurisdiction in several states — Pennsylvania, Delaware, New Jersey, Texas, Louisiana, and Florida — have lined up to confer the same recovery rights on those private insurers that have contracted with the federal government. We will continue to monitor this dynamic area.