The main issue in this latest case was whether a Medicare Advantage Plan (MAP) known as Florida Healthcare Plus could bring private cause of action (PCA) claims against various named no-fault insurers in the absence of a settlement or judgment establishing the insurer’s responsibility for payment.2 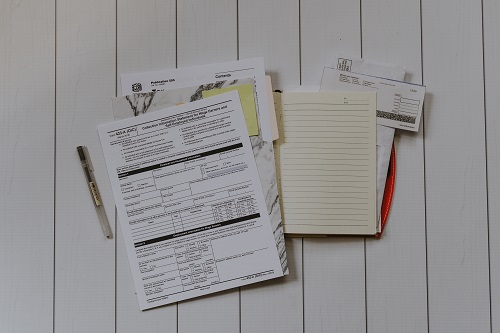 On this question, the 11th Circuit has ruled that MAPs can assert PCA claims against no-fault insurers based solely on their underlying insurance contracts with their insureds. The court held that a contractual obligation without a specific judgment or settlement agreement does in fact satisfy the “demonstrated responsibility” requirement for a PCA claim under the Medicare Secondary Payer (MSP) statute.

In reaching this decision, the court has distinguished between tort (that is, liability) and no-fault claims in terms of when a primary plan “demonstrates responsibility” under the MSP, thereby making them responsible for reimbursing Medicare (and, in this specific jurisdiction, MAPs as well).

In the liability context, the court noted that a primary payer’s “responsibility” must first be demonstrated through a settlement or judgment before a potential PCA claim arises under the MSP. However, under this new ruling, the court has found that responsibility can be established in no-fault cases simply by a “contractual obligation” per 42 C.F.R. 411.22(b).

Of note is that the court made it clear that a MAP’s right to bring PCA claims against no-fault insurers does not necessarily establish liability for damages under the PCA statute. Rather, the court explained that MAPs still need to prove that the insurance contract actually rendered the no-fault insurer responsible for primary payment of a plaintiff’s medical expenses, with the no-fault insurer maintaining its contractual defenses. On this point, the court stated that “[w]e hold only that a contractual obligation may satisfy the demonstrated responsibility requirement, not that the existence of a contractual obligation conclusively demonstrates liability under the MSP’s private cause of action.”

What does this all mean?

The court’s ruling does not necessarily break any new ground in the sense that no-fault insurance is triggered by a contractual obligation to pay for medical treatment if an event occurs that necessitates payment. Following the decision in Western Heritage earlier in August, MAPs in the 11th Circuit have the right to sue insurers in federal court exercising their (newly won) PCA rights. This decision clarifies that MAP plans can use a no-fault arrangement to bring a lawsuit absent a settlement or judgment as well.

This activity—recovering from no-fault insurers before settlement—is something that Medicare’s Commercial Repayment Center (CRC) is doing right now with respect to traditional Medicare. The court’s decision simply clarifies that Medicare Advantage Plans in the 11th Circuit have the same right as Medicare in this regard. The Western Heritage decision basically mandates this new holding.

In terms of claims impact, the 11th Circuit’s decision establishes that MAPs can bring PCA claims against no-fault insurers in the absence of a settlement or judgment. However, MAPs still need to prove responsibility under the underlying insurance contract before potential PCA liability (that is, “double damages”) can apply. No-fault insurers may very well start to see MAPs become more aggressive in asserting reimbursement actions as result of this decision.

For questions, please feel free to contact Mark Popolizio at mpopolizio@verisk.com or 786-459-9117.

1The United States 11th Circuit Court of Appeals has jurisdiction over Alabama, Florida, and Georgia.

2This case consisted of seven consolidated cases filed by MAP Florida Healthcare Plus (FHCP) against four no-fault insurers: Allstate, Progressive Select, IDS Property, and Infinity Auto Insurance. FHCP assigned its reimbursement rights to MSP Recovery LLC and MSPA Claims 1. As part of this decision, the Court ruled that these entities had proper standing under federal law to bring this action as assignees of FHCP.