After numerous delays, it appears inevitable that the expansion of Medicaid Secondary Payer rights will begin on October 1, 2017. The 2013 Bipartisan Budget Act (H.J. Res. 59; Pub. L. 113–67) included the provision to enable states to recover Medicaid expenditures from an entire settlement amount, rather than just those dollars apportioned to medical expenses, as previously held by case law. However, legislative delays resulted in implementation being postponed from October 1, 2014, to this year.

The New Law and Its Effect 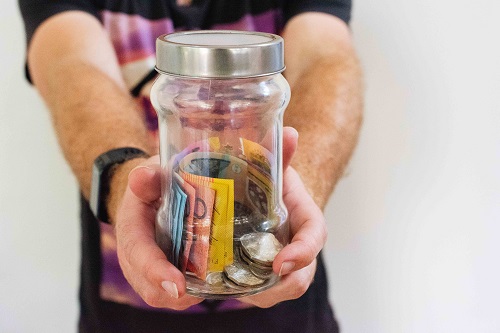 Those requirements will pose new compliance challenges–and on a large scale–because Medicaid is the nation’s largest insurer. Medicaid programs cover one in five Americans, or more than 70 million people.

Medicaid Program Background: 1965 to the ACA

Medicaid began in 1965, covering low-income children and low-income adults with disabilities. State and federal governments fund Medicaid, and each state is the primary administrator of its program. So, states have extensive flexibility in areas such as eligibility, services, delivery, and recovery. They receive only limited legal guidance for the program from the federal government.

The Affordable Care Act (ACA) expanded Medicaid eligibility to nonelderly adults with incomes up to 138 percent of the federal poverty level (FPL). In 2012, the Supreme Court ruled the ACA Medicaid expansion is optional for states, and so far, 32 states have chosen to expand their eligibility requirements. The result has been a larger total population of Medicaid beneficiaries, including many with complex and costly needs for care.

Initially, states had limited Medicaid recovery rights, based on a Supreme Court ruling that held recovery to a proportional amount of the medical damages only in a case. The key decision addressing this issue was Arkansas Dept. of Health and Human Services v. Ahlborn 547 U.S. 268 (2006). Ahlborn held that unlike Medicare, which has a dollar-for-dollar recovery, state Medicaid programs are limited in their recovery, which is based on the proportion of the underlying settlement attributable to medical damages. For example, if a claim had settled for $100,000, including $80,000 related to damages for pain and suffering, lost wages, and other nonmedical damages, and $20,000 related to medical damages, then the Medicaid agency would have been entitled only to a recovery of up to $20,000.

Ahlborn was later affirmed by the subsequent Supreme Court case of Wos v. E.M.A. 568 U.S., 133 S.Ct. 1391 (2013). Those decisions spurred Congress to include language in the 2013 Budget Act that effectively negated the Supreme Court’s limitations on Medicaid recovery rights.

To date, most states have been slow to enforce Medicaid Secondary Payer rights. Rhode Island is the exception and, in 2012, proactively instituted a mechanism to identify potential third-party recovery claims available to Medicaid beneficiaries. Known as Rhode Island’s Medicaid Recovery Network (MRN), this program electronically matches state Medicaid recipients with liability claims and initiates recovery efforts on behalf of the Medicaid agency, intercepting reimbursement payments of $500 or more. As of October 2016, MRN had helped the State of Rhode Island’s Medicaid program recoup $3.2 million.

It stands to reason that expanded recovery rights and the success of Rhode Island’s MRN program will prompt other states to pursue recovery more aggressively. The National Conference of Insurance Legislators (NCOIL) adopted model language mirroring the MRN program, though no other state has begun to develop a similar solution. However, congressional initiatives to reduce Medicaid dollars available to the states will also motivate Medicaid agencies to make up for lost federal funds. It remains to be seen if universal language will be adopted across states, but it would be ideal for claims payers to have such consistency for identifying, obtaining, and satisfying a Medicaid lien.

State agencies will dictate how to report the existence of claims under the new law, and it’s likely there will be a patchwork of different jurisdictional requirements. Like Medicare’s conditional payment claims, Medicaid Secondary Payer liens will need to be reviewed for accuracy and aggressively appealed when appropriate. An additional complication could be that individuals may be both Medicaid and Medicare beneficiaries, known as “dual eligibles,” and liens from both agencies may exist.

We continue to watch this situation unravel at the state level and is prepared to assist parties seeking to settle a claim with a Medicaid beneficiary.