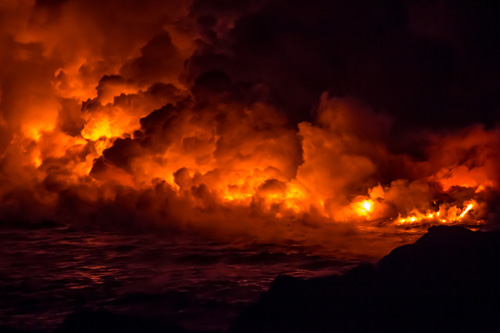 2018 events generated 228,000 claims and caused an estimated $2.2 billion in insured losses, including the Mount Kilauea eruption in Hawaii.

In the past ten years, PCS® designated 40 catastrophes in May, resulting in approximately $31.5 billion in insured damages from nearly 4 million claims. An average of four catastrophes occurred each year during that span.

Last May was the most active month during this period, with six catastrophes, though the insured losses weren’t as high as other years. The 2018 events generated 228,000 claims and caused an estimated $2.2 billion in insured losses. Included in those losses was the Mount Kilauea eruption in Hawaii, which sent 2,200-degree lava through the Leilani Estates neighborhood. The catastrophe resulted in more than $250 million of insured losses.

The largest May event of the last ten years was CAT 48 in 2011, which included losses from the EF-5 tornado and caused tremendous damage to Joplin, Missouri, and its surrounding areas. CAT 48 affected a total of 20 states and caused an estimated $6.9 billion in insured losses from approximately 755,000 claims.

The following graph illustrates catastrophe activity for the month of May from 2009 to 2018 in terms of dollar losses and claim volumes. 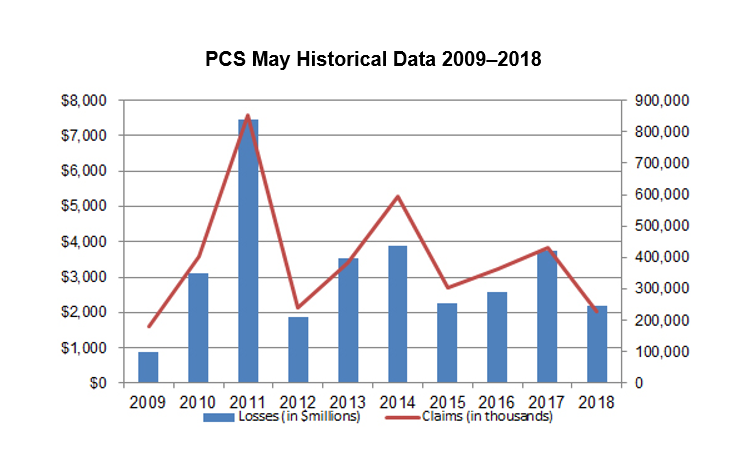