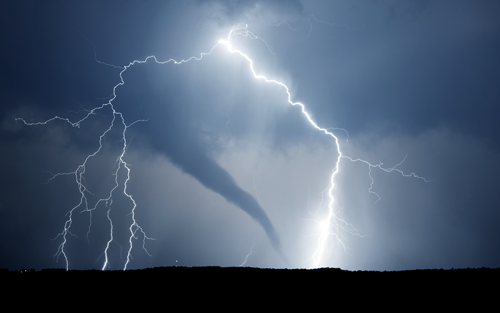 Though winter begins to wind down in March, major storms remain a possibility along with other severe weather. In fact, last year PCS® designated one winter storm and three wind and thunderstorm events in March. The four catastrophes combined for 247,650 claims with $2.26 billion in insured losses.

March 2017 had the most insured losses in the past 10 years.

Since 2010, PCS has designated 34 catastrophes in March, including 29 wind and thunderstorm events and five winter storms. Those events resulted in $21.2 billion in insured losses and approximately 3 million claims.

The most active March in the past ten years occurred in 2016 when PCS designated seven catastrophes, all wind and thunderstorm events. The seven catastrophes combined caused more than 441,000 claims with $3.35 billion in insured losses. Even though March 2017 had only four designated catastrophes, it was the most severe because it had more than 582,000 claims and caused nearly $4.5 billion in insured losses.

The following graph illustrates catastrophe activity for the month of March from 2010 to 2019 in terms of dollar losses and claim volumes.