Liability MSAs: What we know and what to expect

The dust is still swirling around the Liability Medicare Set-Aside (LMSA) issue, but a few areas clearly show Medicare’s plan and intended next steps. First, Medicare appears to have stopped or paused the official rulemaking process for LMSAs. Second, Medicare is still pursing the LMSA issue through other avenues—namely the expansion of the Workers’ Compensation MSA (WCMSA) contractor program. And finally, Medicare is obligating the soon-to-be-awarded WCMSA contractor with the task of creating and implementing the LMSA process. Medicare is also seeking to expand the set-aside program to include no-fault and self-insurance claims.

If Medicare carries through on the intentions in the recent request for proposal (RFP) and Scope of Work (SoW) for the new WCMSA contractor, we’ll likely see some kind of submission, review, and approval process for LMSAs and No-Fault MSAs (NFMSAs). 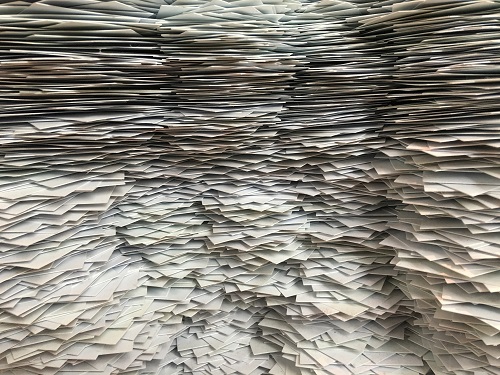 This past June, the Centers for Medicare & Medicaid Services (CMS) said it was considering expanding the voluntary MSA review process to include other non-group health plan (NHGP) cases, such as LMSAs and NFMSAs. They also planned to have Town Hall calls on the matter. But no town hall calls have happened yet, so we’re in a situation of knowing some things but being left in the dark on others.

What we do know

CMS plans on awarding a new Workers’ Compensation MSA contractor in the second quarter of this year and has issued an RFP and corresponding SoW that provide additional insight into Medicare’s intentions.

The draft RFP specifically imposes an obligation on the contractor to “propose a technical approach for developing recommended amounts” for LMSAs and NFMSAs—as well as WCMSAs. Included as part of that obligation is “knowledge and understanding” by the contractor of how to make appropriate pricing determinations; determination for compensability for each insurance type; and determination of appropriate treatment, clinical diagnostic, laboratory, and pharmaceutical fee schedules related to LMSAs, NFMSAs, and WCMSAs.

The RFP also states that the expanded LMSA and NFMSA process is not expected to begin before July 1, 2018. So at least the industry has some time to plan and prepare before the process actually begins.

The draft SoW outlines a few items relating to “other” NGHP MSAs, in other words, LMSAs and NFMSAs. Specifically, if CMS chooses to move in this direction, the new contractor must be ready to implement an LMSA and NFMSA process within 90 days of a request by CMS. Review of these “other” MSAs would be driven in part by “proposed” settlement amounts and then broken down into two tracks: full review and cursory review. CMS claims that approximately 800 to 11,000 “other” MSAs would require a full review, which would be similar to the established workers' compensation review process.

The 11,000 figure comes from the number of demands issued by Medicare in fiscal year 2015. Apparently, Medicare recognizes there will be mixed responses to a new LMSA/NFMSA process and states that the actual numbers will be influenced by the industry response. One would assume Medicare recognizes the industry response will likely be in direct relation to the particular process established by Medicare and its contractor. If the process is simple, easy, and involves a minimal amount of time at the desk level, then Medicare may see numbers closer to the 11,000 range; however, if the process is confusing, complex, complicated, and time-consuming, then Medicare may only see numbers closer to the 800 range.

Additionally, Medicare estimates that another 40,000 “other” MSAs would require the cursory review. It’s unclear exactly what that process would entail, but Medicare noted that it would involve certain documentation requirements as well as an evaluation for completeness and potential development. The 40,000 figure is also based on the demands issued by Medicare in FY2015.

Medicare also references a re-review process, apparently anticipating that CMS will not accept nor agree with initial submission amounts.

Policy limits will certainly be a factor, but exactly how CMS will treat policy limits is unclear. For example, what if the parties settle and decide only $5K of the $20K settlement is allocated to future medicals? Then what if they submit to CMS, and CMS comes back with a counter-higher of $20K? Liability claims are not like workers' comp claims, where the insurer owns or denies certain injuries and may have to continually pay for a particular injury. One would hope Medicare considers all the factors that make liability claims fundamentally different from workers' comp claims.

It’s also unclear how UM/UIM claims would be handled and what insurer would carry the obligation for an LMSA. Then there are situations of multiple defendants, subrogation, or issues of contributory or comparative negligence.

Based on Medicare’s statement that it intends to work with the industry, we encourage stakeholders to consider the key impact LMSAs and/or NFMSAs will have on their businesses. If you have questions, concerns, or suggestions, please contact us. We will be happy to discuss this issue with you in further detail.

Shawn Deane is vice president of Medicare / Medicaid compliance and policy at ISO Claims Partners, a Verisk business. You can contact Shawn at sdeane@verisk.com.