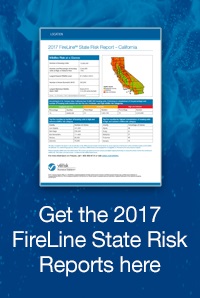 Despite the recent precipitation and snow in California that ended the state’s long, devastating drought, wildfire activity is increasing there and across other parts of the western United States. According to CAL FIRE, more than twice as many acres have burned in California to date in 2017 than in 2016 for the same time period.

Verisk’s 2017 wildfire risk analysis highlights this trend and, importantly, underscores that the risk of wildfire losses remains significant. Through the analysis, 4.5 million U.S. homes were identified at high or extreme risk of wildfire, with more than 2 million in California alone.

The analysis used data from FireLine®, Verisk's wildfire risk management tool. The FireLine State Risk Reports provide the number and percentage of households at high or extreme risk from wildfire in the 13 most wildfire-prone states.

Highlights of the analysis 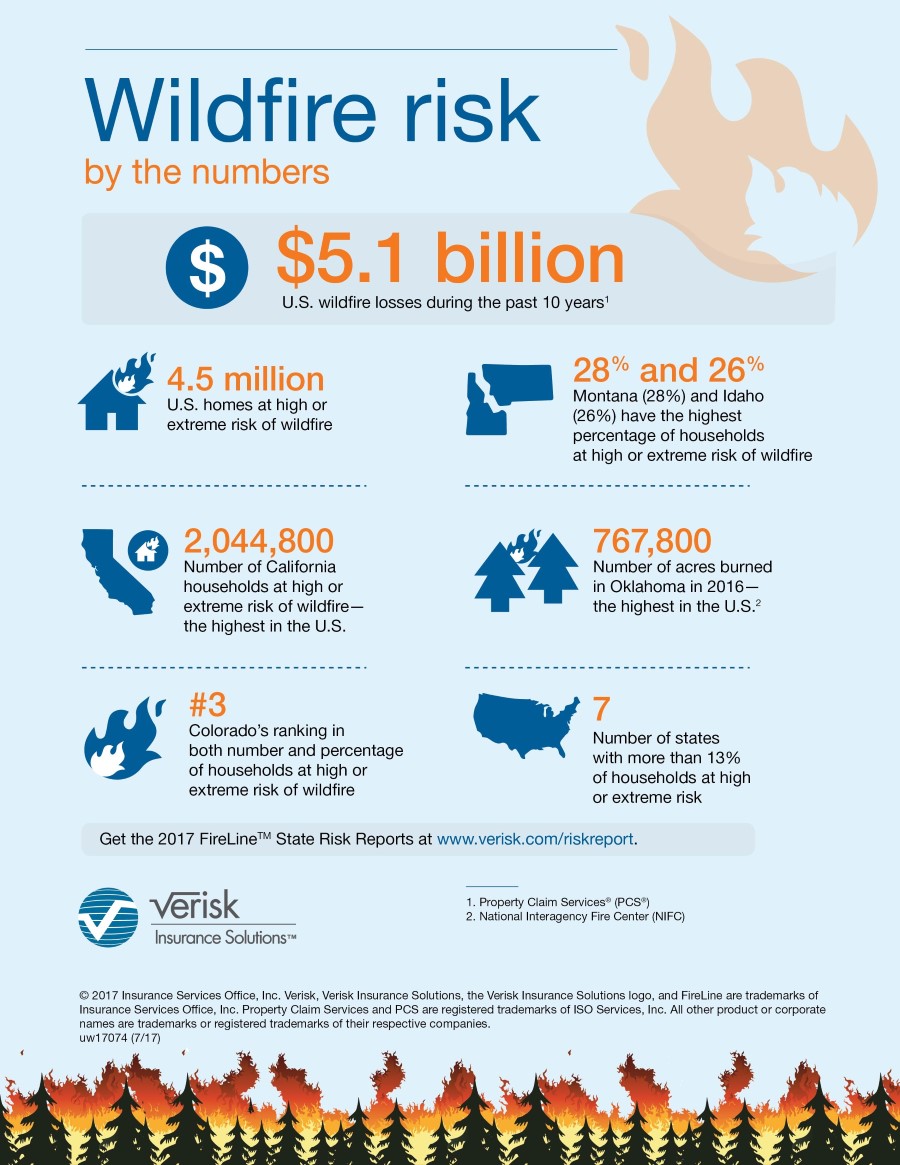