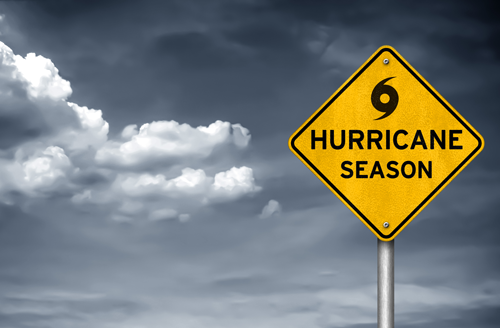 June marks the official start of the Atlantic hurricane season (June 1 – November 30). According to forecasters, 2019 will be a slightly below-average season for the area that covers the Atlantic Ocean, Gulf of Mexico, and Caribbean Sea.

Colorado State University forecasting teams, headed by Dr. Phil Klotzbach, are currently predicting 13 named storms, five hurricanes, and two intense hurricanes this year. The group calculates the odds of a major hurricane hitting the United States at about 48 percent, with equal chances (28 percent) that such a storm hits the East Coast/Florida Peninsula or the Gulf Coast. There’s a 39 percent chance that at least one major hurricane will strike the Caribbean.

Over the past ten years, there have been an average of six June catastrophes, generating averages of 358,000 claims and $2.5 billion in insured losses. June 2012 suffered the highest losses, with 799,000 claims totaling approximately $4.7 billion in losses from major wind and thunderstorm events.

Losses also spiked in 2017 and 2018, again due to major wind and thunderstorm events that produced significant hail damage.

The following graph illustrates catastrophe activity for the month of June from 2009 to 2018 in terms of dollar losses and claim volumes. 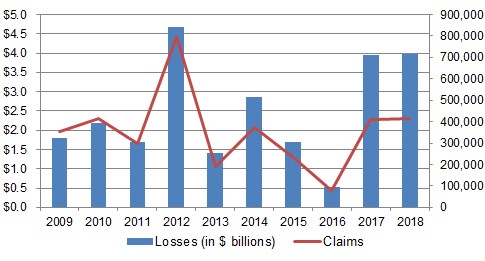 For information about PCS, please contact Ted Gregory at (201) 469-3144 or email tgregory@verisk.com.