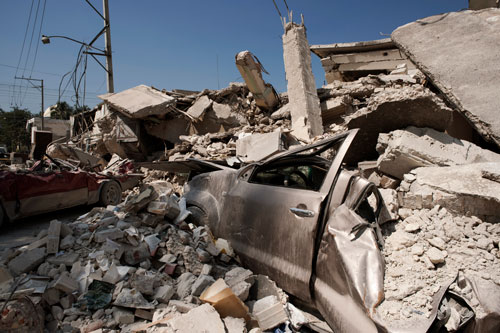 There’s been a spike in July catastrophes the past two years, with several wind and thunderstorm events. While July doesn’t see much hurricane activity historically, the threat remains as we move deeper into Atlantic hurricane season. Here’s a look at recent catastrophe trends for July.

In 2019, the California earthquake and Hurricane Barry resulted in more than $308 million in insured losses.

Last year tied for the second most active July in PCS® history, with seven designated catastrophes, including five wind and thunderstorm events, an earthquake, and a hurricane. The seven events in 2019 resulted in nearly 262,000 claims and an estimated $2.5 billion in insured property damage. The California earthquake and Hurricane Barry resulted in 47,350 claims and more than $308 million in insured losses.

From 2010 to 2019, PCS designated 39 catastrophes in the month of July, including 34 wind and thunderstorm events and three wildland fires. The 39 catastrophes caused more than $13.5 billion in total insured losses from more than 1.72 million claims. The eight catastrophe events in July 2018 were the most in the last 10 years.

Since 1970, PCS has designated only nine tropical storms or hurricanes as catastrophes in July. The most active July for tropical storm and hurricane activity occurred in 2005, when Hurricanes Dennis and Cindy generated about 121,000 claims and more than $1.2 billion in insured property losses.

The following graph illustrates catastrophe activity for July from 2010 to 2019 in terms of dollar losses and claim volume. 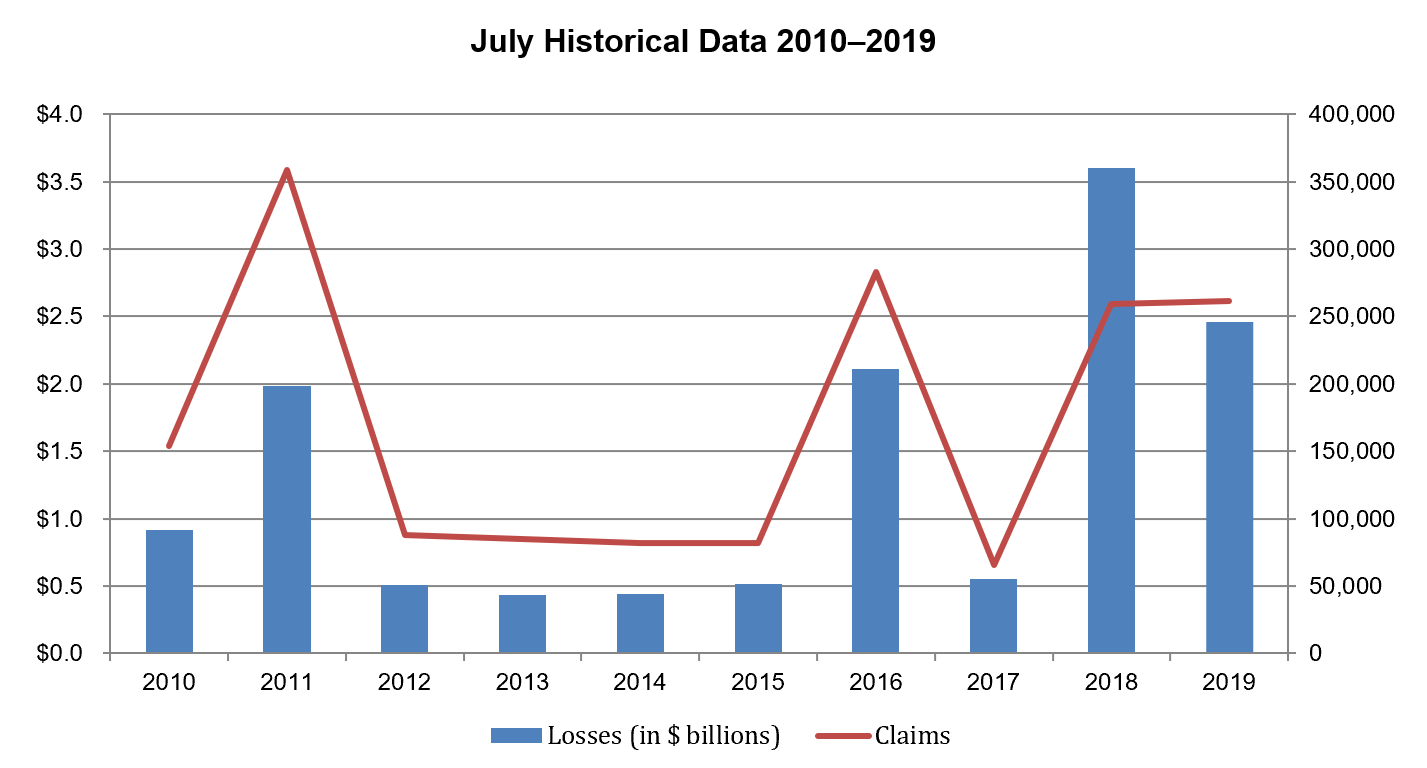