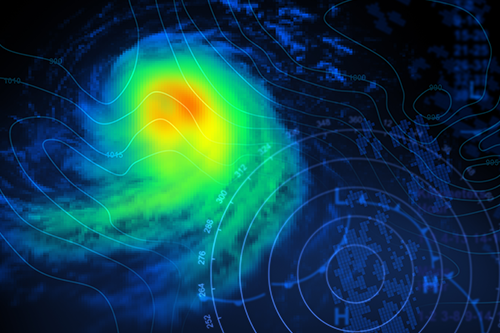 Wildfires, hurricanes, and other storm events are all potential risks in the summer months. As we head into July, we examine the recent catastrophe trends for the month. From 2008 to 2017, PCS® designated 34 catastrophe events in July, which resulted in total insured losses exceeding $10.1 billion.

Over the past decade, the average number of catastrophes for July is three. In that time frame, the most active July by frequency was in 2016. In July of that year, PCS designated seven catastrophe events: six wind and thunderstorm events and one wildfire event. July 2016 also had the highest severity, with catastrophes generating approximately $2.1 billion in property losses.

Since 1970, PCS has designated only eight tropical storms or hurricanes as catastrophes in the month of July. The most active July for tropical storm and hurricane activity occurred in 2005, when Hurricanes Dennis and Cindy generated about 121,000 claims and more than $1.2 billion in insured property losses.

The following graph illustrates catastrophe activity for the month of July from 2008 to 2017 in terms of dollar losses and claim volumes. 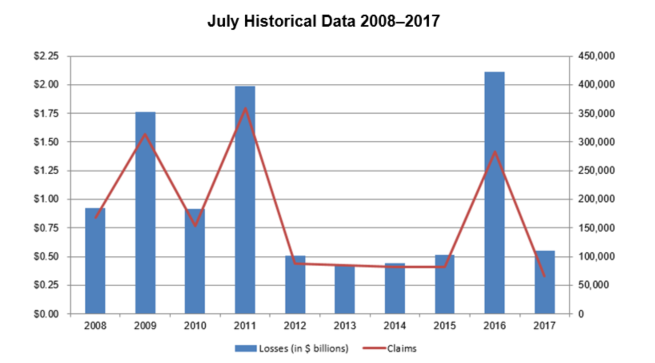