Relief may be coming for some Florida property insurers in an escalating crisis surrounding assignment of benefits (AOB), and ISO is already developing revisions to our forms and rating factors to respond to a new law that addresses this costly issue for many in the industry and, indirectly, property insurance customers. On May 24, Governor Ron DeSantis signed House Bill 7065, noting a rising tide of expensive claims and litigation that the bill aims to bring under control.

Before the new legislation was enacted, Florida law, specifically Section 627.428, allowed for attorney fees to be awarded against an insurer, with no express financial cap or limitation, if a plaintiff was successful. Unsuccessful plaintiffs, on the other hand, faced no such obligation to cover a defendant insurer’s costs. 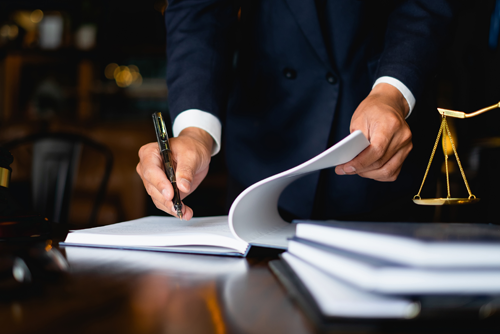 Assignment of benefits lawsuits nearly doubled in Florida from 2013 to 2018.

This dynamic has driven ever-increasing AOB litigation. Citing data from the Florida Department of Financial Services, the Insurance Information Institute (I.I.I.) reported a near doubling of AOB lawsuits filed in the state from 2013 to 2018, when the total reached 150,000. Increasing activity was centered in Miami-Dade, Broward, and Palm Beach Counties, but it was spreading throughout Florida, the I.I.I. reported.

Absent law changes to address one-way attorney fees with respect to AOB lawsuits, expenses for litigation or excessive claims in such cases can ultimately get passed on to consumers in the form of higher premiums. The new law, through caps and limitations on attorney fees and other measures, may likely help reduce  incentives for certain related lawsuits.

Among the provisions of HB 7065 is a new option for policyholders to generally waive their right to assign benefits subject to a lower cost for the policy.

With Florida’s new AOB measure in House Bill 7065 taking effect July 1, drafting of updates of ISO’s personal property programs began well in advance to help ISO’s insurer customers prepare for the changes. Policy forms, policyholder notices, and rating factors—accounting for the optional AOB waiver—are on track for submission to the Florida Office of Insurance Regulation in June. Commercial property revisions responding to the law changes are underway as well.

ISO continually monitors thousands of legislative, regulatory, and judicial actions across all U.S. jurisdictions to keep ISO forms, advisory prospective loss costs, and rating factors responsive to such developments, current, and ready for insurers to use. Given the urgency of the AOB issue in Florida, ISO is seeking to have related filings in place shortly after the new law’s signing and well ahead of its effective date. ISO is also tracking this issue across the country to determine whether changes are warranted more broadly.