The impact of Medicare Advantage Plans on your claims: The risk of double damages and summary judgment

As outlined in our previous blog post, the 11th Circuit Court in a 2-to-1 decision joined the Third Circuit in finding that Medicare Advantage Plans do have private cause of action rights under the Medicare Secondary Payer (MSP) statute. The decision will have a significant impact on liability, workers' compensation, and no-fault claims being handled currently in Florida, Alabama, and Georgia because of the Court’s summary finding that the MSP statute mandates double damages. This decision will impose a daunting obligation on insurers, self-insureds, public entities, and third-party administrators (TPAs) to proactively identify a claimants Medicare status before approaching any settlement. 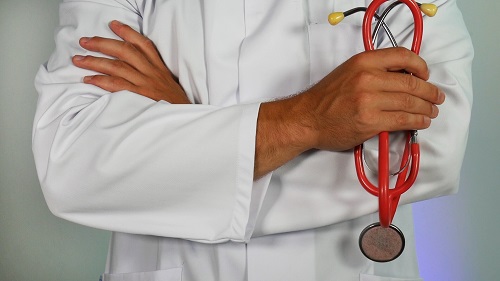 The interplay between Parts A, B, and C can admittedly cause some confusion. Medicare Advantage Plans are provided by private healthcare companies that contract with Medicare to supplement traditional Medicare plans. Entitlement to Parts A and B is required before one can enroll in a Part C Medicare Advantage Plan. Typically, a member of a Part C MAP will have the Part A and Part B services covered through the Part C plan. This then translates into traditional Medicare not getting billed for services; however, this is not always a steadfast rule.

Those in the healthcare arena are aware that participation in Medicare Advantage Plans has been steadily rising since they were enacted in 1997. Recent figures released by the Henry J. Kaiser Family Foundation confirm that Medicare Advantage enrollment continues to rise in almost all states, with current figures finding that 31 percent of the total population—almost one in three Medicare beneficiaries—participates in a MAP. MAP participation increased in 2016 from 2015 in 49 states (Ohio being the exception), with participation exceeding 40 percent in five states. Not surprisingly, one of the states with a high concentration of MAP participants is Florida, a state directly affected by the 11th Circuit Court’s decision. In keeping with recent national trends, we have to assume that these figures will only continue to rise as more individuals enter the Medicare program and seek out the options provided by various Part C plans.

In light of the volume of current Medicare Advantage Plan members and the anticipated continued growth of this population, the industry will undoubtedly encounter MAP members when settling claims. Using the figures provided by the Kaiser Foundation, an entity that handles 10,000 annual bodily injury claims could anticipate almost 500 claims a year involving MAP beneficiaries, which includes the risk of summary judgment and double damages. Quantifying the MAP risk is based on industry statistics that an average of 10 to 15 percent of all bodily injury claims involve a Medicare recipient. Since 31 percent of all Medicare recipients are on MAPs, then approximately one-third of Medicare claims will involve MAPs. To use another example, if an entity handles 50,000 bodily injury claims annually, then approximately 2,500 of those claims would carry some MAP risk.

Beyond the obvious financial barriers, the implications of the court rulings in the Third and Eleventh Circuits extend the private cause of action right to MAPs under the MSP statute and impose serious process and protocol alterations to insurers approaching settlements with an individual who may be Medicare-eligible. Beyond current MSP requirements, including Section 111 reporting, Medicare Set-Aside (MSA), and conditional payment considerations, insurers in Florida, Alabama, and Georgia are faced with the challenge of determining if the individual is or has been a MAP participant. Part C plan members often are not aware that they are in a Part C plan, but rather think of the private health carrier simply as their health insurance provider and not as a Medicare plan. The industry will need to confirm not only the Medicare plan status but also if a lien exists.

As we saw in Humana Medical Plan Inc. v. Western Heritage Insurance Co., the plaintiff represented at settlement that no Medicare lien or other right to subrogation existed and further agreed to indemnify against any Medicare lien. If an entity relies only on the claimant’s representation of his or her Part C membership—an unreliable source at best—then the MAP lien risk remains open. The limited mechanisms to proactively identify an individual’s Part C status, past and present—along with the ability of a MAP to bring suit for double damages years after a settlement—may have negative impacts on cycle times, paid costs, and reserves. The chilling effect of settlements with a specific class of claimant’s should be a concern to all parties. As previously indicated, this population will likely continue to grow, leading to increased challenges with satisfying all Medicare-related obligations and frustrating settlements.

Stay tuned as we look more closely at the potential for Liability Medicare Set Asides (LMSAs) to emerge and further complicate settlements with Medicare recipients.