In MAO-MSO Recovery II, LLC v. State Farm, 2019 WL 6311987 (C.D. Ill. Nov. 25, 2019),[1] the United States District Court for the Central District of Illinois found that an assignee of a Medicare Advantage Plan (MAP) failed to allege sufficient facts to establish standing[2] to pursue a private cause of action (PCA) claim for “double damages” against the defendant no-fault insurer under the Medicare Secondary Payer (MSP) statute.[3]

In reaching this decision, the court found that the insurer had properly denied no-fault benefits for certain medical bills paid for by the MAP and that duplicative payments made by the MAP to another medical provider occurred after the insurer had already made payment. In both instances, the court ruled that these MAP payments were not conditional payments subject to recovery or potential PCA liability under the MSP. Further, the court rejected the plaintiff’s request to file a Third Amended Complaint to add new claims. Accordingly, the court granted the insurer’s motion for summary judgment and dismissed this law suit. 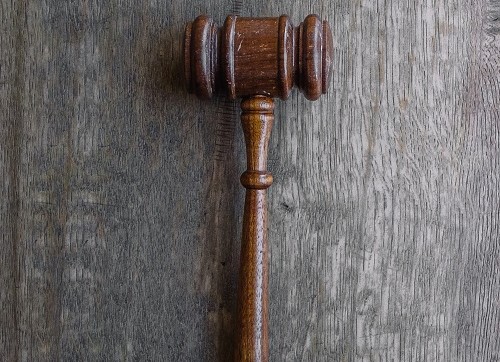 This case, and the court’s ultimate decision to terminate this claim, can be broken down in more detail as follows:

This case started in February 2017 when the plaintiff, MAO-MSO Recovery, LLC II, and its other related entities (hereinafter collectively referred to simply as “MAO”),[4] as an assignee of a Medicare Advantage Plan called Florida Healthcare Plan (FHP), filed a PCA suit seeking “double damages” against the defendant no-fault insurer. In a nutshell, MAO alleged that the insurer either failed to pay for medical services it was required to pay under its no-fault policy or failed to reimburse FHP for payments it made for its enrollee’s treatment which FHP alleged was the insurer’s responsibility.

This matter then came before the court numerous times on various motions, discovery disputes, and other items over the past few years. Significantly, in a 2018 ruling on the insurer’s motion to dismiss, the court took the view that the MSP’s PCA statute applied to MAPs (and to MAO as a valid MAP assignee in this case). On this point, the court reminded the parties of this in its latest ruling stating: “As this Court explained earlier in the case ‘[a]n MAO may sue a primary plan ... that fails to reimburse it for conditional payments made‘ under the private right of action provided in § 1395 (b)(3)(A). MAO-MSO Recovery LLC, II v. State Farm, 2019 WL 6311987 (C.D. Ill. Nov. 25, 2019), at *1.[5]

Thus, the issues before the court in this latest case included whether MAO had established standing to pursue its alleged PCA claim; whether the court should permit MAO to file a Third Amended Complaint; and whether the insurer’s motion for summary judgment to dismiss MAO’s claim altogether should be granted.

Regarding standing, the court evaluated MAO’s allegations which were based on FHP’s payment for an enrollee’s medical treatment (with the enrollee referred to as an “exemplar” using the initials “O.D.”) rendered in connection with the exemplar’s automobile accident.

At issue were two sets of bills related to O.D.’s treatment. The first set involved the insurer’s denial of no-fault payments to a physical therapy center on grounds that the treatment received by O.D. related to a pre-existing condition.

In evaluating the evidence, the court agreed with the insurer that it was justified in denying benefits, and, thus, the FHP’s payments were not reimbursable conditional payments stating as follows:

The second bill set related to treatment provided by another medical provider (FMC). The insurer argued that it paid the provider “well before” FHP made any payments to FMC and, therefore, FHP’s payments could not be considered conditional payments. MAO countered that any payment that FHP made for which the insurer was liable was secondary and subject to reimbursement.

After embarking on a detailed factual and legal analysis, the court ultimately found that any duplicative payments made by the FHP occurred after the insurer’s payments and, therefore, were not conditional payments stating as follows:

The Court finds Plaintiff has not demonstrated from record evidence that any payment to FMC made by FHP was a “conditional payment” under the MSP. Rather, the record reflects any duplicative payment made by FHP occurred after Defendant’s payments, and therefore cannot have been a conditional payment. FHP, and by assignment, Plaintiffs, did not suffer an injury in fact giving rise to standing based upon the payments to FMC.[7]

Based on these findings, the court ruled that “this means [MAO has] failed to establish standing based upon the O.D. claim.”[8]Accordingly, MAO’s alleged PCA claim could not proceed.

MAO also requested permission to file a Third Amended Complaint to add new “exemplars” to its action – referred to as the “Florida exemplars” by the parties and court. After conducting a detailed legal and factual analysis, the court ultimately denied MAO’s request on grounds that the request was untimely under the governing case scheduling order, and the fact that MAO, although aware of the Florida exemplars, failed to bring them into the action despite having ample opportunity to do so.

Plaintiffs have been well aware of the Florida Exemplars for years, as evidenced by the litigation history in Florida. The Florida Exemplars could have been added to any version of the complaint in this case by Plaintiffs. But Plaintiffs chose not to include the Florida Exemplars in this case until the Florida case was dismissed and the future of this case appeared in peril, perhaps because such inclusion would have interfered with their apparent litigation strategy “to throw their allegations into as many federal courts as possible and see what sticks.” (citation omitted) …To the extent Plaintiffs believe they have exemplar claims which would demonstrate an injury in fact, they may file a new suit. (citation omitted) But “enough is enough.”  Federal court is not a sounding board for litigants to test various theories until they find one allowing the litigation to continue. Yet another opportunity to cure deficiencies in Plaintiffs’ allegations is unwarranted.[9]

Based on the above findings, the court found that MAO lacked standing to sue, rejected MAO’s request to file an amended complaint, and granted the insurer’s motion for summary judgment dismissing MAO’s action for “want of jurisdiction.”

As the court shuts the door on this claim, it may be helpful to take a more global view of how this decision fits into the larger scope of recent MAP-PCA litigation.  In this regard, one aspect this case calls into focus involves the crucial distinction between the issue of whether MAPs have the right to sue for “double damages” under the MSP, and, if so, whether the MAP has alleged facts sufficient to establish standing, thereby allowing its claim to proceed for an ultimate determination of whether “double damages” are warranted.

Assessing this decision from this perspective, here we saw the court previously express the view that a MAP could sue under the MSP’s PCA statute. Then, in this latest decision the court took the analysis to the next level --- that being assessing whether the factual allegations in MAO’s complaint sufficiently established standing for its PCA claim to proceed. And, for reasons outlined above, the court ultimately determined that MAO failed to meet this burden in this case.

From a wider lens, insurers need to keep a watchful eye on the continuing push by MAPs, and assignee entities, to establish PCA rights. For example, the United States Circuit Courts of Appeal in In re Avandia Mktg., Sales Practices & Prods. Liab. Litig., 685 F.3d 353(3d Cir. 2012) and Humana Med. Plan, Inc. v. Western. Heritage Ins. Co., 832 F.3d 1229 (11th Cir. 2016) have ruled that MAPs have “double damages” rights under the MSP. In addition, United States District Courts in Connecticut, Louisiana, Massachusetts, South Carolina, Tennessee, Texas, and Virginia have also ruled in favor of MAPs on this issue.[10] And, as mentioned above, the District Court for the Central District of Illinois has given a strong signal that it too views MAPs as possessing PCA rights.

ISO Claims Partners has been the leader in helping claims payers build MAP protocols, and we would look forward to helping you address your MAP compliance needs. Please contact the author directly if you are interested in learning more! In the meantime, learn more about our MAP lien services and/or review our state-by-state guide to Medicare Advantage in the courts.

[1]  To avoid any confusion, the district court docket for this case is noted as: 1:17-cv-1537. It is noted that there was a separate law suit involving similar parties, allegations, and issues which was also filed in the United States District Court for the Central District of Illinois styled as MAO-MSO Recovery II, LLC v. State Farm bearing a different district court docket number of 1:17–cv–01541. This other case was recently heard before the United States Seventh Circuit Court of Appeals with a decision found at 2019 WL 3822156 (7th Cir. August 15, 2019). In this case, the Seventh Circuit affirmed (with modification) a ruling from the United States District Court for the Central District of Illinois also dismissing a MAO’s PCA claim on standing grounds. It is also noted that while the Seventh Circuit did not address the substantive issue of whether MAPs have PCA rights under the MSP, it noted that the lower court took a favorable view of MAPs enjoying such rights under the MSP. See the author’s article.

[2] In general, “standing” can be defined as “the ability of a party to bring a lawsuit in court based upon their stake in the outcome. A party seeking to demonstrate standing must be able to show the court sufficient connection to and harm from the law or action challenged. Otherwise, the court will rule that you ’lack standing “to bring the suit and dismiss your case.” U.S. Legal.com https://definitions.uslegal.com/s/standing/

As stated by the court in this case, under the federal rules “[t]o demonstrate standing, a plaintiff must identify an injury caused by the complained-of conduct and redressable by judicial decision.” (citation omitted). The injury must be concrete and particularized as well as actual or imminent. (citation omitted).  MAO-MSO Recovery II, LLC v. State Farm, 2018 WL 340020 (Jan. 9, 2018), at *4.

[3] The private cause of action statute is codified at 42 U.S.C. 1395y(b)(3)(A) and states as follows: There is established a private cause of action for damages (which shall be in an amount double the amount otherwise provided) in the case of a primary plan which fails to provide for primary payment (or appropriate reimbursement) in accordance with paragraphs (1) and (2)(A) [of 42 U.S.C. § 1395 y(b)].

[5] In relation to the question of whether the MSP’s PCA provision applied to MAPs, the court stated as follows in its prior ruling:

The Seventh Circuit has not determined whether an [MAP] (or its assignee) may avail itself of the MSP private cause of action in paragraph (3)(A). The Third and Eleventh Circuits—the only circuit courts that have addressed this issue—have held that paragraph (3)(A) permits an [MAP] to sue a primary plan that fails to reimburse an MAO’s secondary payment. See Humana Med. Plan, Inc. v. W. Heritage Ins. Co., 832 F.3d 1229, 1238 (11th Cir. 2016); In re Avandia, 685 F.3d at 355. Since the decisions by the Third and Eleventh Circuits, district courts around the country have followed suit. (citations omitted). [T]he Court finds no reason to depart from the national trend interpreting subsection (3)(A) to permit MAOs to bring private causes of action. MAO-MSO Recovery II, LLC v. State Farm, 2018 WL 340020 (Jan. 9, 2018), at *1 and 2.