Verisk released its 360Value® Quarterly Cost Update on reconstruction costs for the fourth quarter of 2017. The report offers an overview of current reconstruction cost trends at the national and state/provincial level for the United States and Canada. 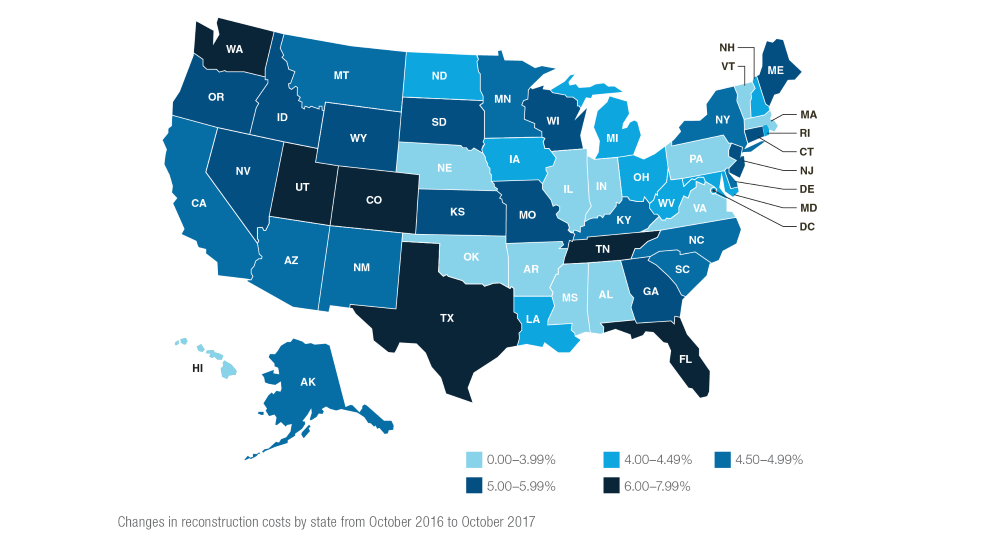 Overall from October 2016 to October 2017, rates of change increased for each state over the last quarter. Eighteen states showed increases of 5 percent or higher, and six states had increases of 6 percent or more: Colorado, Florida, Tennessee, Texas, Utah, and Washington. Alabama, Arkansas, Illinois, Indiana, Massachusetts, Mississippi, Nebraska, Oklahoma, Pennsylvania, Vermont, and Virginia were the slowest-growing states in terms of overall cost increases, at less than 4 percent.

In Canada, at the national level, reconstruction costs increased at a faster rate—4.3 percent—from October 2016 to October 2017. Repeating the performance of the July-to-July period, all ten provinces experienced reconstruction cost increases, led by a 6.4 percent spike in British Columbia. 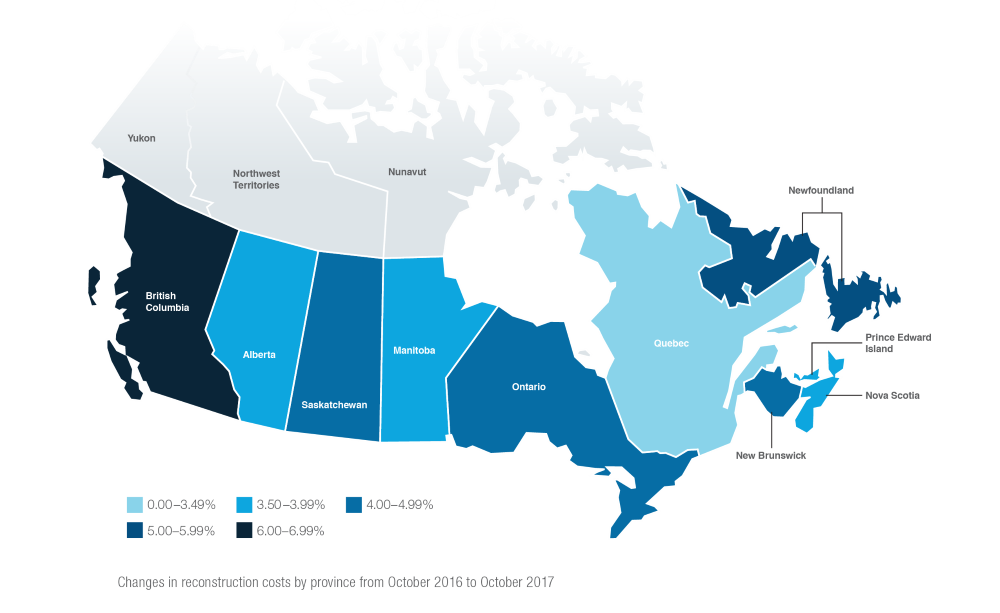 During the third quarter of 2017, reconstruction costs rose 0.9 percent, half the increase recorded in the second quarter.