If you were looking to settle the age-old fire vs. ice debate, recent weather in Southern California may offer a clue: Maybe it’s both.

Fast on the heels of record-setting high temperatures that spawned several brush fires, Southern California experienced an abrupt reversal in mid-February. Temperatures in the greater Los Angeles area plunged by nearly 30 degrees, and a winter storm dumped hail and heavy rains on Brentwood, Pasadena, and surrounding towns. Some areas reported up to 4-inches of hail. There were even reports of “thundersnow.” 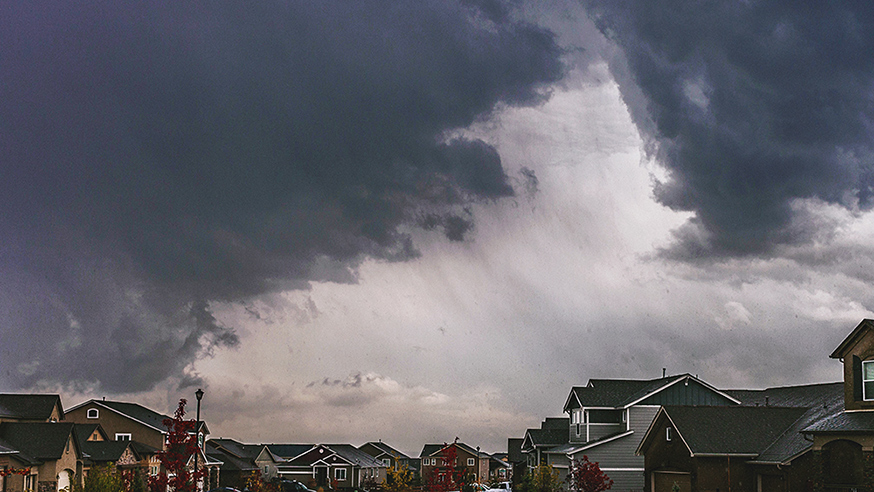 Hail is spreading out into new regions of the country that aren’t traditionally exposed to hail risk.

While a hailstorm in this region of Southern California isn’t unheard of, it’s still a fairly rare occurrence. Verisk’s proprietary hail data for 2021 and 2020 revealed no significant percentage of California counties as being affected by hail. According to the National Oceanic and Atmospheric Administration, there haven’t been any reports of large hailstorms in the area of the recent storm since 2018.

While unusual, the hailstorm in Los Angeles is consistent with an emerging trend in hail: It’s spreading out into new regions of the country that aren’t traditionally exposed to hail risk.

The geography of hail is changing

The hail peril is typically associated with the Midwestern “hail alley” states of Colorado, Nebraska, and Wyoming. However, in recent years, Verisk’s address-level data shows hail’s reach has widened far beyond these states. While hailstorms still batter the Midwest, they’ve also become all-too-common in Eastern states like Maryland, Pennsylvania, and New York. Hailstorms have been migrating East, making the recent California storm all the more unusual.

For many insurers, the movement of hail beyond hail alley represents a serious concern. Hail is a costly peril. In 2021 alone, it accounted for $16.5 billion in claims—up from $14.2 billion in 2020, according to Verisk data.

In regions that are unaccustomed to airborne ice, roof damage could be acute, particularly since they may not be outfitted with the kind of impact-resistant roofing shingles that are more prevalent in states facing regular hailstorms. Even if a hailstorm doesn’t cause acute damage that’s obvious to the property owner, these storms may still degrade the integrity of the roof, making it more vulnerable to future storm damage.

As the geography of hail risk evolves, many insurers may find themselves confronting the specter of hail damage and rising hail claims in regions of the country where they may not be anticipating it. Understanding roof risk across roofing material, condition, and replacement costs is a key component of managing this peril.

A robust suite of data may also be needed to help fully analyze the potential for hail. That data could come from advancements in the science of hail identification and dual-polarization radar data processing. It may also come from full-resolution weather radar data that can produce granular information, such as gradients along the edge of hailstorms.

A head start on hail risk

As we see incidents of damaging hail spread into regions, like Southern California, that are less accustomed to hailstorms, understanding other emerging regions for hail risk can help insurers make more informed underwriting decisions and manage risk more effectively.

Given hail’s unpredictability and variability, there’s a very real possibility that hail damage may already be in your portfolio. You just may not have found it yet. A good place to start your search is with the past year’s hail activity. With county-level analytics on properties affected, you can zero in on potential trouble spots

Learn more about the hail peril’s impact on property insurance.