Get in Line: Highways Poised for “Platooning” — Part Two

In the first part of our series, we tackled the emergence of truck platooning—the practice of two or more trucks wirelessly linking up and following each other at close distances to improve fuel efficiency, among other potential advantages. Platooning technology is still in its infancy, but more states are moving to permit the practice, and several companies are hard at work perfecting the technology. In the second part of our series, we examine some of the regulatory challenges and potential risks associated with truck platoons.

While platooning using driver-assist technology and vehicle-to-vehicle (V2V) communications promises fuel savings and safety benefits, it can collide with a state’s “follow too closely” regulations. 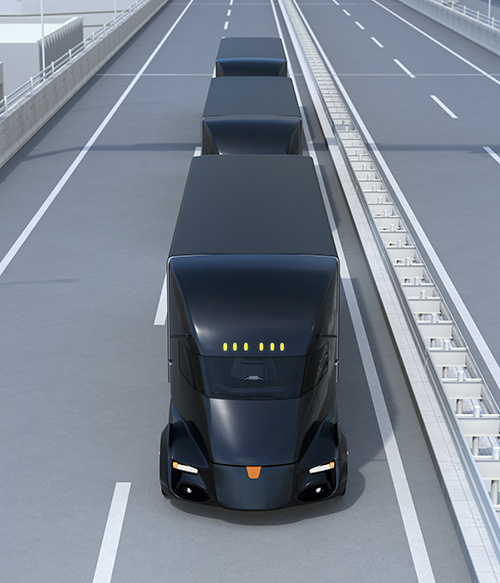 Insurance companies may have to get creative when it comes to insuring against platooning risks.

According to the National Conference of State Legislatures, all states have rules in place that stipulate a safe driving distance that two vehicles must maintain. Some states specify a minimum gap, measured either in feet or the timed distance between two vehicles. Other states offer rather vague or discretionary guidance on the appropriate distance to be maintained between two vehicles. As platooning technologies have emerged, at least 19 states have carved out exceptions for vehicle platooning, either permitting the practice or granting permission for limited commercial deployment or testing.

Platoons carry their fair share of risks that need to be considered as well. There’s the prospect of a technological failure that could lead to cascading damages to all trucks in a platoon—not just a single vehicle. As with autonomous vehicles more broadly, enabling trucks with platooning technologies may lead to a shift in liability from the driver to the vehicle manufacturer or the technology/component manufacturer.

To date, there’s no uniform standard for how platoons will operate, according to Verisk research. Some technologies will enable any truck, irrespective of operator, to opportunistically form a platoon provided it has the requisite technology onboard. Other scenarios limit platooning to trucks from the same fleet using an identical technology stack. In the former scenario, the trailing driver cedes a degree of control to the lead vehicle. But does that similarly imply a transfer of liability in the event of an accident? How will a lead vehicle assess the maintenance and road-readiness of trailing vehicles in a prospective platoon? Another challenge is how to deal with trucks that may be insured in a state that permits platooning but that will travel into (and platoon in) states that don’t allow the practice.

A Texas A&M Transportation Institute study on platooning noted that trucking companies “may be reticent to engage in platooning without improved clarity in how liability will be apportioned.” Insurance companies may have to get creative when it comes to insuring against platooning risks. The same Texas A&M study suggested that one avenue for insurers could be a market where the lead driver would purchase a policy to protect against liability when platooning. This lead driver would charge a fee to other trucks that joined a platoon to recoup costs. Alternatively, platooning coverage could simply be an extension of an existing policy that was updated to account for the potential risks in joining or leading a platoon. Insurance purchasing groups and risk retention groups were also floated as possible solutions.

Platooning vehicles using V2V may also be vulnerable to hacks and remote hijacking—as they would be when using other wireless communication technologies.

There’s also a question of how other vehicles on the road will interact with platoons. The aforementioned study from the Federal Highway Administration (see part 1) suggested that light vehicles “make more aggressive cuts-ins” when they’re cutting between two trucks, raising the potential for accidents. However, the study also found that other vehicles would not cut in between trucks if the following distance was narrower than 115 feet, suggesting that keeping a close following distance will be important to minimize the chances of vehicles butting dangerously into the platoon.

As with autonomous vehicles more generally, the need to collect data from platooning vehicles will be imperative to help stakeholders better understand how they function.

At Verisk, we’re committed to continuing the conversation around the emergence of AVs, featuring novel use cases such as platooning and their implications for the insurance industry. ISO is currently forming a roundtable of insurance professionals who will meet regularly to discuss issues related to autonomous vehicles and insurance.

If you’d like to participate in the roundtable or simply share your thoughts, don’t hesitate to email Kevin Poll at Kevin.Poll@verisk.com or Andrew Blancher at Andrew.Blancher@verisk.com. 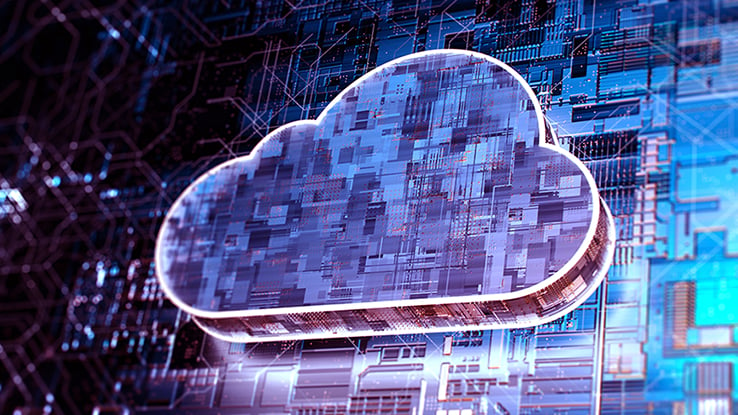