Florida court: No-fault pre-suit notice requirement must be followed before Medicare private cause of action claim can proceed

Over the past several years, there has been an increasing number of lawsuits filed by Medicare Advantage Plans (MAPs) against insurers seeking “double damages” under the Medicare Secondary Payer (MSP) statute’s private cause of action (PCA) provision.[1]

In a new Florida decision, the United States District Court in MSPA Claims 1, LLC v. First Acceptance Insurance Company, 2019 WL 2150692 (M.D. Fla. May 6, 2019) ruled that Florida’s no-fault pre-suit notice requirement must be satisfied before a PCA action can proceed. In the bigger picture, this decision, along with other recent rulings, calls into focus the applicability of state law and MSP recovery claims. 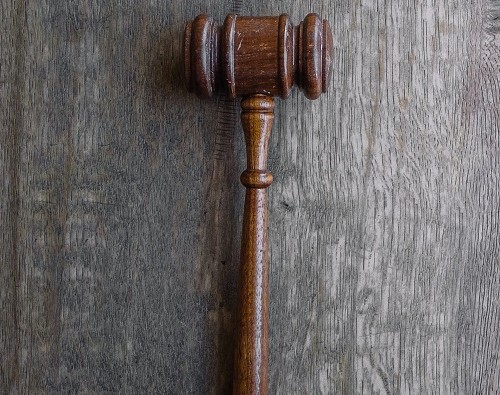 This case and its larger claims impact can be summarized as follows:

Plaintiff MSPA Claims 1, LLC (hereinafter MSPA), as an assignee for a MAP, filed a PCA claim against the defendant insurer for its alleged failure to reimburse MAP medical payments in connection with two separate no-fault claims.

The insurer moved to dismiss arguing that MSPA’s “demand letter” did not properly comply with Florida’s pre-suit notice requirement, was sent before payment was due, and failed to include a copy of MSPA’s assignment of rights. In addition, based on questions regarding the validity of MSPAs assignment rights, the insurer argued that MSPA lacked standing since it had paid the claimant’s medical expenses before MSPA filed suit and based on a prior ruling questioning the validity of MSPA’s assignment of rights.

The court ruled that Florida’s no-fault pre-suit notice requirement per Fla. Stat. Ann. applied to MSPA’s PCA claim. Under this statute, the court noted that a proper “written notice of an intent to initiate litigation” was a “condition precedent” to filing an action for any benefits under Florida’s no-fault statute.

On this point, the court explained:

Though the parties dispute the necessity for pre-suit notice here, the Court concludes that MSPA was required to file a pre-suit notice in compliance with § 627.736 (10), Florida Statutes. The notice is a ‘condition precedent’ for an action seeking benefits under the statute, and MSPA sought these benefits (citation omitted) … Further, ‘[c]ontrary to MSPA’s arguments, the Secondary Payer Act does not eliminate the terms and conditions of underlying State no fault law.’ (citation omitted). MSPA points to no authority stating otherwise, and the Court has found none. (emphasis added). MSPA Claims 1, LLC, 2019 WL 2150692, at *3.

The court was unable to determine whether MSPA’s demand letter met all the pre-suit notice requirements under Fla. Stat. Ann. § 627.736 (10) based on the available facts and, thus, referred the matter for an evidentiary hearing stating that “[b]ecause MSPA’s compliance with the pre-suit notice requirements implicates MSPA’s right to sue, it must be determined promptly.” Likewise, the court deferred the issue of whether the insurer’s payment deprived MSPA of standing for an evidentiary hearing, with the focus on “what date payment was due or overdue,” which the court viewed as “central to this argument and the pre-suit notice issue.” Finally, the court was inclined to find that MSPA had valid assignment rights based on the recent ruling in MSPA Claims 1, LLC v. Tenet Florida, Inc., 918 F.3d 1312 (11th Cir. 2019), although it is allowing the parties to address the issue at the forthcoming hearing, if they so elect.

As the number of PCA lawsuits increase, legitimate questions are surfacing regarding the applicability of state law in relation to MSP recovery actions. In this larger sense, the Florida court’s ruling in MSPA v. First Acceptance comes on the heels of other recent decisions reflecting that state law and contractual principles can indeed be relevant.

For example, in 2016, the 11th Circuit in MSP Recovery, LLC v. Allstate, 835 F.3d 1351 (2016) ruled that a “contractual obligation” (such as the no-fault policy at issue in that Florida case), without a judgment or settlement agreement from a separate proceeding, could satisfy the MSP’s “demonstrated responsibility”[2] requirement thereby allowing a PCA claim to be filed. However, the court noted that a plaintiff still had to prove that the defendant was responsible “for primary payment of the expenses Plaintiffs seek to recover … [a]nd Defendants may still assert any valid contract defense in arguing against their liability.”

Two years later a similar issue arose in the Florida state appellate decision of .  In this PCA action, a MAP assignee argued that the underlying no-fault insurance contract “demonstrated responsibility” for payment under the MSP.  However, in line with Allstate, the court rejected this position stating that “we cannot accept the argument that MSPA’s reimbursement rights are ‘automatic’ and ‘are not’ governed by Florida law relating to the recovery of benefits under a PIP policy.” In addition, the court noted that the MSP “does not supersede an existing State insurance policy: it merely requires the exhaustion of benefits under that policy” and that the MSP “has never created or extended coverage … .” Importantly, the court also ruled that the MSP “was never intended to broadly preempt State insurance law.”

In Caldera, the claimant failed to obtain pre-authorization for surgeries which was a prerequisite under Texas workers’ compensation law resulting in Medicare paying for the surgeries. Notwithstanding, she brought a PCA claim against the insurer arguing it was responsible on grounds that the MSP preempted Texas’s pre-authorization requirement thereby making it a responsible “primary plan.”

However, the Fifth Circuit rejected this argument finding instead that “[t]he MSP and its implementing regulations do not …  extend so far as to eviscerate all state-law limitations on payment ... To the contrary, the plain language of the MSP illustrates its harmonious relationship with state workers’ compensation law: a workers’ compensation carrier is ‘primary’ only if ‘payment has been made or can reasonably be expected to be made under a workmen’s compensation law … .” (citation omitted). Caldera, 716 F.3d at 864.

At issue in Burwell was the California Insurance Guarantee Association’s (CIGA) challenge to a CMS practice of seeking full reimbursement for a single provider charge comprised of multiple billing codes so long as at least one code related to the workers’ compensation claim. CIGA argued, in part, that this resulted in over-inclusive reimbursement demands and that it was only required to reimburse Medicare for charges it was responsible to pay under California law. CMS viewed its practice as reasonable under its interpretation of the MSP and supporting regulations.

In ruling for CIGA, the court, in part, stated that it was “unconvinced that CIGA has a ‘responsibility to make payment’ for a treatment not covered by its policy just because that treatment is lumped together with other covered treatments on a line-item charge.” Burwell, 227 F. Supp. 3d at 1113. Citing Caldera, the court continued that “[w]hether a compensation carrier has a ‘responsibility to make payment’ with respect to an item or service is generally a matter of state law.” Id. at 1113. The court then noted that under “California law is clear that where a patient receives multiple treatments for multiple conditions, the compensation carrier is not responsible for the treatments that are not attributable to an industrial accident—at least to the extent they are separable from the treatments that are so attributable.” (citations omitted). Id. at 1113.

When the dust settles, it is important to keep in mind that while Medicare is indeed afforded strong and broad rights under the MSP, these rights are not necessarily absolute. Rather, as reflected in the new Florida MSPA decision and other recent rulings, state law may serve as a basis to challenge (and potentially even limit) MSP recovery actions, including PCA claims. This is particularly relevant in no-fault and workers’ compensation where there is a heavy statutory component governing the provision of benefits.

ISO Claims Partners is uniquely positioned to recognize and advance these arguments. Feel free to contact the author at mpopolizio@verisk.com or 786-459-9117 with any questions or to learn how we can help you address conditional payment and Medicare Advantage lien claims.

[1]  MSPA filed its PCA action under  42 U.S.C. § 1395y(b)(3)(A) which states: “There is established a private cause of action for damages (which shall be in an amount double the amount otherwise provided) in the case of a primary plan which fails to provide for primary payment (or appropriate reimbursement) in accordance with paragraphs (1) and (2)(A).”

[2] Under 42 U.S.C. § 1395y(b)2)(B)(ii), a primary plan is responsible to reimburse Medicare “if it is demonstrated that [it] has or had a responsibility to make payment with respect to such item or service.”  The statute provides further that “responsibility” can be “demonstrated” by a “judgment, a payment conditioned upon the recipient’s compromise, waiver, or release (whether or not there is a determination or admission of liability) of payment for items or services included in a claim against the primary plan or the primary plan’s insured, or by other means.” In addition, per 42 C.F.R. § 411.22, a “contractual obligation” is another way responsibility can be “demonstrated.”