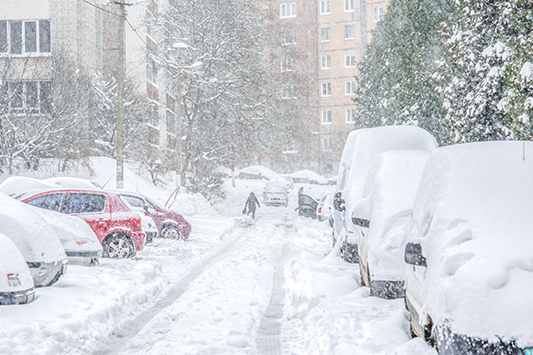 While winter storms are common in February, there are other catastrophe risks that historically have made an impact during the month.

February 2017 was the most active February in the past 10 years, with six designated catastrophic events.

Since 2009, PCS® has designated 30 catastrophes in February, and these events resulted in more than $11.5 billion in insured losses from 1.84 million claims. February catastrophes in the last decade included 14 winter storms, 15 wind and thunderstorm events, and one workers’ compensation event.

CAT 68 in 2015 remains the largest February event in the last 10 years. The winter storm affected 20 states and generated approximately 217,000 claims and $2.1 billion in insured losses.

The following graph illustrates catastrophe activity for the month of February from 2009 to 2018 in terms of dollar losses and claim volumes. 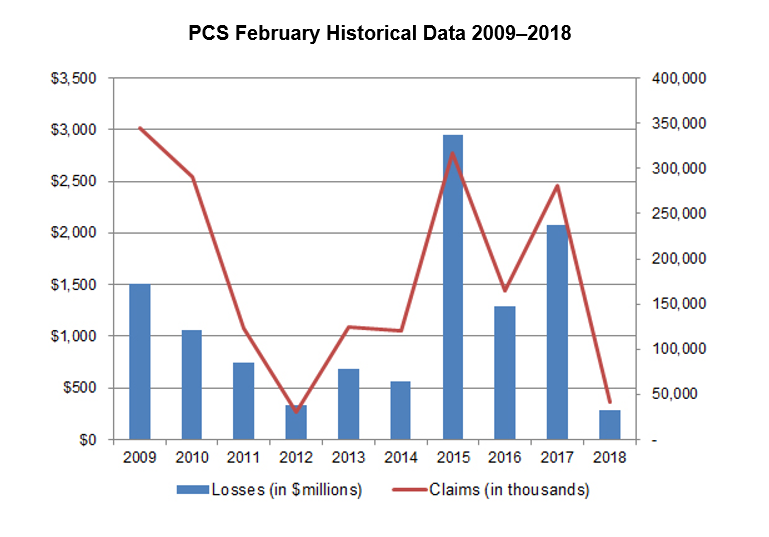