James Russell Lowell’s statement is timeless and can apply to various moments in our lives. For many of us, compromising is an intentional response, but it can also be due to the failure to act or the inability to adapt to new approaches. For property insurers, the most substantial compromise the industry makes involves managing roof-related risks.

Homeowners written premium grew from $70 billion in 2010 to $86 billion in 2014, an increase of 22 percent. That’s ten times greater than the growth in total occupied homes, which increased by only 2 percent during the same period. 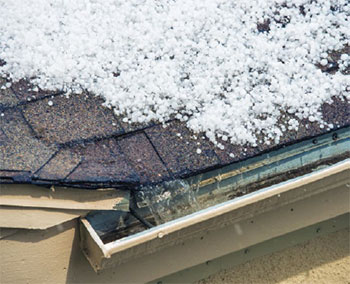 With only a minor increase, new housing construction evidently wasn’t the cause of premium growth. Instead, the growth was due to an increase in average premium. The industry has been increasing rates for the past five years to ensure rate adequacy following the catastrophic storms from 2010 to 2012.

As we know, insurer profitability in personal property lines is largely dictated by weather. As the chart to the right demonstrates, in aggregate, loss ratios spiked in 2010, 2011, and 2012 and then leveled off only to a near break-even point, where a number of companies are still unprofitable.

When we talk about high-loss years, we’re basically referring to periods during which severe wind and hail were the cause, as has been the case for all but one of the past 30 years.

When we discuss wind and hail, which component of the house is damaged with practically every occurrence?

The cost of the roof age compromise

While pricing and product managers may not intentionally compromise risk management when it comes to roofs, their product structure may have gaps due to the accuracy of their data sources. A number of insurers have added roof age to their rating plans along with other mitigation components, such as changing roof coverage from replacement cost to actual cash value (ACV) when a roof reaches a specified age. But the whole endeavor becomes compromised when the homeowner is the sole source of roof age data. About two-thirds of homeowners, intentionally or not, provide a roof age that’s less than the actual age of the roof. Insurers use formal and informal methods to check this information, but the data that’s on the books is far from accurate—with half of roofs 15 years and older being underreported, according to analysis by BuildFax.

Insurers that don’t use roof age pricing don’t have to deal with the homeowner-reported roof age, but their situation is much worse since they are forced to make other indirect adjustments to existing pricing tables. As a result, with competitors deploying roof age pricing, adverse selection occurs when an insurer is unable to attract homes with newer roofs and ends up with homes with older roofs—likely at an inadequate rate level. Here are two compromises homeowners insurers make and the associated consequences:

Roof age is no different than any other segment when it’s corrupted with mislabeled risks. Over time, mislabeled risks skew the loss ratio, resulting in the need to temper pricing. When a homeowner receives a 10-year-old roof age rate instead of the 20-year-old rate it actually deserves, inevitably the young-to-old roof pricing spread must be narrowed as the newer roofs perform worse than expected because of the presence of older roofs and their higher loss profile. This occurs when insurers use roof age pricing that relies on homeowner-reported roof ages.

Failing to include roof age in rating plans

Insurers that are ambivalent about roof age pricing or don’t have the technology to incorporate this component are at a significant disadvantage. Without roof age pricing, year of construction is the variable used to capture the roof age risk. In wind/hail-prone states, roof replacement tends to be more frequent, making the average roof age younger. Insurers without roof age pricing may need to adjust the year-of-construction pricing curve to remain competitive in those states since many of the older homes with newer roofs are producing fewer losses. However, the older homes that still have old roofs would receive the same rate decrease. As a result, these insurers may be writing homes with older roofs, since they don’t have the ability to offer a lower rate that insurers with roof pricing can.

The other common solution for insurers without a roof age pricing table is to adjust territory rates. When a state produces lower-than-expected loss frequency and severity after a major storm in an area where many roofs were replaced, the territory factor is used to target an average rate decrease instead of modifying the entire state through the year-of-construction table.

The problem with this approach is that, as roofs age, the territory pricing doesn’t change. As a result, mispricing returns, along with the need to increase the territory rates as losses related to aging roofs increase.

About two-thirds of homeowners, intentionally or not, provide a roof age that’s less than the actual age of the roof.

Clearly, roof-related losses from wind and hail represent a significant threat to the industry, and many insurers have employed a number of techniques. Some of the more recent solutions include:

Most of those methods are sound because they can be verified, whether through geocoding, visual inspections, or certifications. However, the approaches that rely on a roof ’s age are inadequate, as we’ve discussed.

Insurers have adopted roof age in their various product forms, but there’s a problem with accuracy when relying on the age reported by homeowners. Homeowners who move into new construction or those who replace their own roof know the age of the roof. But homeowners who move into older homes may not know when the roof was replaced or if it has ever been replaced. Add the possibility that some homeowners intentionally report a younger roof age, and the result is a less than adequate solution. Roof age must be verified through public records or a robust predictive model so insurers can fully realize the pricing and underwriting benefits.

Another tactic some insurers use to mitigate their wind/hail risk is to order a supplemental exterior inspection that includes close-up pictures of the shingles. That means insurers are spending more than $25 for a standard exterior inspection to learn if visible prior damage exists. There’s certainly a benefit when previous damage is found, but for the majority of homes where roof age is the main issue, a photo won’t help discern a weakened condition not visible to the naked eye. 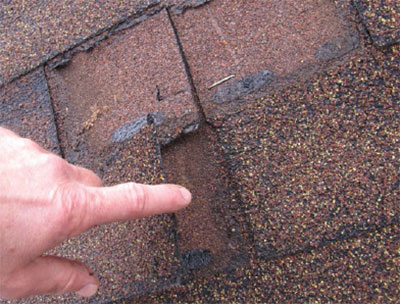 Here are some of the many benefits a modeled roof age has to offer:

For more information on the new strategic alliance between Verisk and BuildFax and details about Roof Age, see the Product Notes section.

This is the first article in a multipart series addressing the roof-related losses and challenges that homeowners insurers face, along with roof age solutions and best practices.