Cold doesn't begin to describe the bone-chilling temperatures recorded in many parts of the country last week. In the Midwest, temperatures dropped below minus-50 degrees and reportedly claimed 21 lives. Scores of schools and businesses were also forced to close, thousands of flights were cancelled, and even the U.S. Postal Service suspended deliveries.

A warming climate is producing warm extremes in all seasons, and in sharp contrast to the historical cold at the end of January, the first full week of February ushered in unseasonably warm weather, with temperatures soaring into the 60s in many Midwestern and Northeastern states. 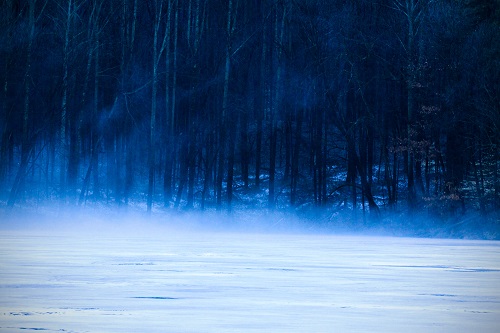 The weather volatility we're experiencing is not a one-winter phenomenon, but symptomatic of climate change.

I call these weather extremes "winter whiplash" and expect we'll be seeing them more frequently in the years ahead. Blame it on disruptions in the polar vortex, that wall of wind that swirls around the Arctic and prevents warm air rushing in and cold air rushing out. When the vortex is stable, we see normal weather patterns. But when it's disrupted, highly anomalous weather becomes more likely.

A similar splitting of the vortex occurred last winter. European countries such as Spain, Italy, Ireland, and England that usually experience temperate winters were hit by bracing Arctic winds, dramatically plummeting temperatures, and crippling snowstorms. In the United States and Canada, the phenomenon manifested itself as a series of brutal storms, including four Nor’easters in a row that dumped 40 inches of snow on upstate New York, brought to Boston 93 mile-per-hour hurricane-force winds along with one of the three highest tides on record, dumped two feet of snow in the New York City metro area, and cut power to a million customers.

The vortex also split previously in 2010, 2013, and 2015. In 2010, Washington, D.C., suffered through unprecedented, back-to-back snowstorms, while New York City experienced its snowiest month in history. In winter 2013, the disruption of the vortex produced a blizzard that dumped 30-to-40 inches of snow from Long Island through Southern and Eastern New England. In 2015, the split of the vortex buried the Northeast under mountains of snow, crippling transportation and resulting in a record number of roof collapses.

The weather volatility we're experiencing is not a one-winter phenomenon, but symptomatic of climate change. I expect the clash of a warming planet and more frequent polar vortex disruptions to most likely be the new normal for the foreseeable future.