The new Lilac Fire in San Diego County caused mandatory evacuations, while the small Liberty Fire in Riverside County has been classified as a vegetation fire by Cal Fire. 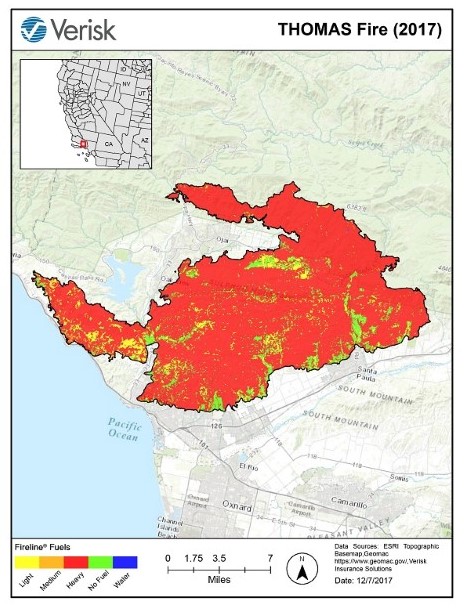 The six fires, including the still active Thomas, Skirball, Creek, and Rye fires, have burned more than 158,000 acres in total. Santa Barbara and San Diego counties are in a state of emergency as of Thursday.

A preliminary view of risk 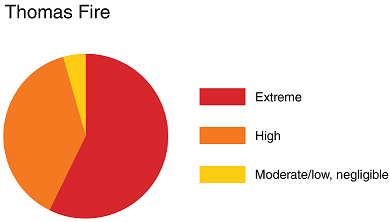 The fire surrounded the upscale arts community of Ojai on three sides on Wednesday into Thursday, but fire crews managed to keep it out: 73 residential, 3 commercial, and 15 outbuildings have been reported destroyed, and 14 residential buildings damaged, with 15,000 structures threatened. Highway 101 will remain closed until the fire is contained.

The Lilac Fire started after 11 a.m. Thursday and ripped through homes in Bonsall, San Diego County, quickly spreading to 4,100 acres as of 7:30 p.m., with 0 percent containment and multiple evacuations ordered as Governor Brown declared a state of emergency there. As of 8:00 a.m. Friday, 65 structures were destroyed and more than 1,000 structures are threatened, with an unknown number of them damaged.

The new Liberty Fire in Riverside County is small, at only 300 acres. It has burned one residential structure and an outbuilding, and while it is currently at 10 percent containment, most evacuations in that area were lifted as of 1:14 p.m. on Thursday. 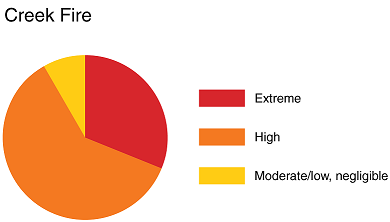 The Creek Fire near Sylmar and the Skirball Fire in Bel-Air continue to threaten homes in the City of Los Angeles. It covers 15,323 acres and is 40 percent contained, as of 7 a.m. today: 33 residential and 32 outbuildings were reported destroyed, 28 residential and 19 outbuildings damaged, and 2,500 structures are threatened. Highway 210 through the region was shut down Thursday evening. 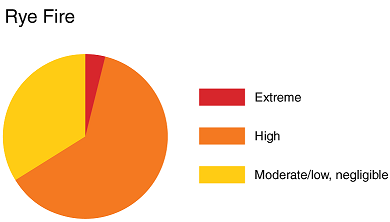 The Rye Fire in Santa Clarita, West Valencia County, is currently at 6,049 acres and 35 percent containment. One structure is reported destroyed, and 5,460 structures are threatened as of 7:05 a.m. today. 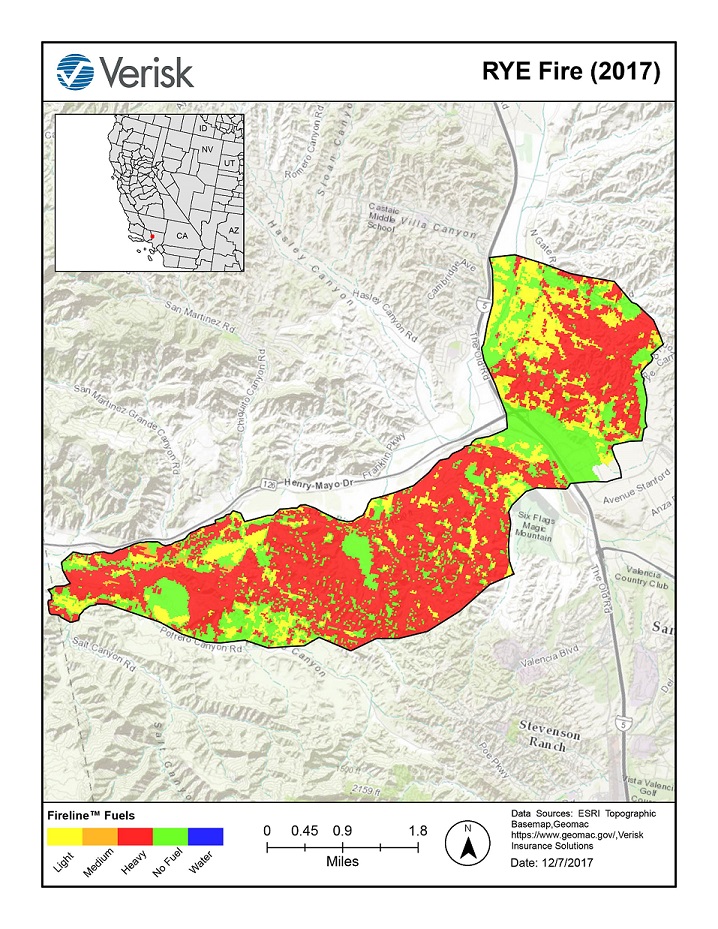 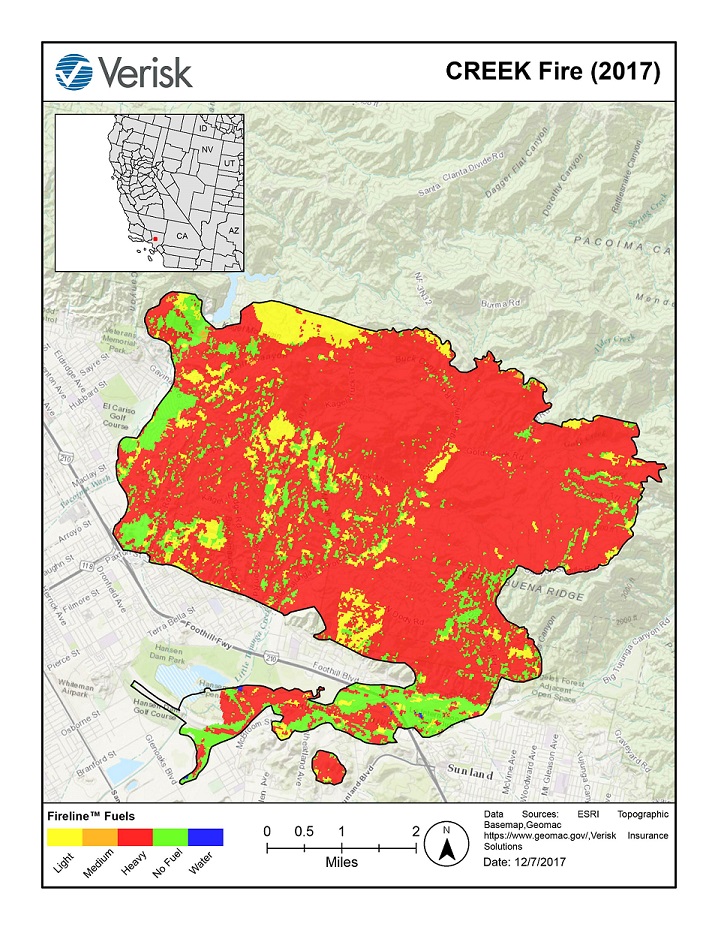 The Skirball Fire was at 475 acres with 30 percent containment as of 8 p.m. Thursday evening, with residents in portions of the evacuation area being allowed to return home at that time.

In total, about 200,000 people have been evacuated across the affected areas in Southern California. Critical fire conditions will continue Friday into Saturday, with Santa Ana winds gusting to 50-70 mph, parched air, and an abundance of brush fuel. Lessening wind gusts of 35 to 55 mph will continue through Sunday, according to forecasts. 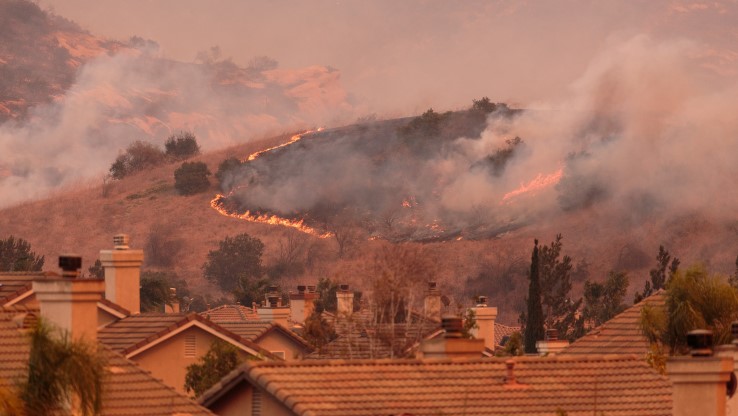