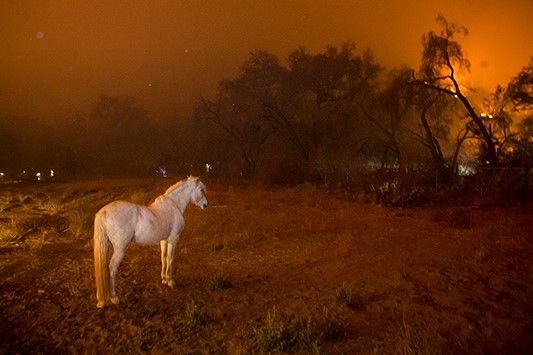 As the Atlantic hurricane season comes to an end, we look to December and examine historical catastrophe trends for the month.

Wildfire in the news

Wildfire has been in the news lately, as it was in December 2017. The Thomas Fire in California in 2017 was the largest December event from 2018 through 2017—and the first California wildfire that PCS® designated as a catastrophe during the same time period. That event caused nearly $2.2 billion in estimated insured losses, with approximately 22,800 claims.

Overall, there have been 11 catastrophes in December during the past decade. Two of those were winter storms, six were wind and thunderstorm events, and three were wildland fires. In total, these 11 catastrophes resulted in losses of approximately $4.4 billion from approximately 316,100 claims. 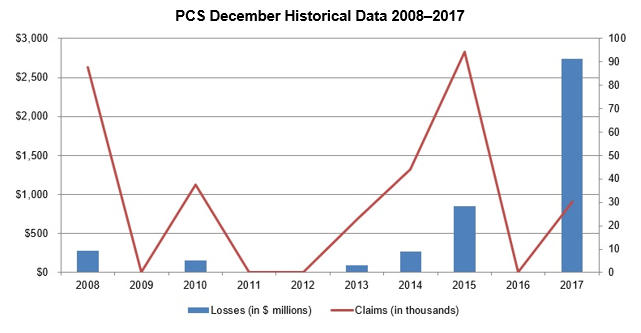