COVID-19 and Workers’ Compensation Revisited: Navigating the pandemic to understand what’s next

Last year we discussed ways the pandemic could impact workers’ compensation claims. Now, nearly a year later, we reflect on some of the answers to those questions, but also acknowledge there’s more to uncover before we can fully understand the long-term effects of the pandemic. 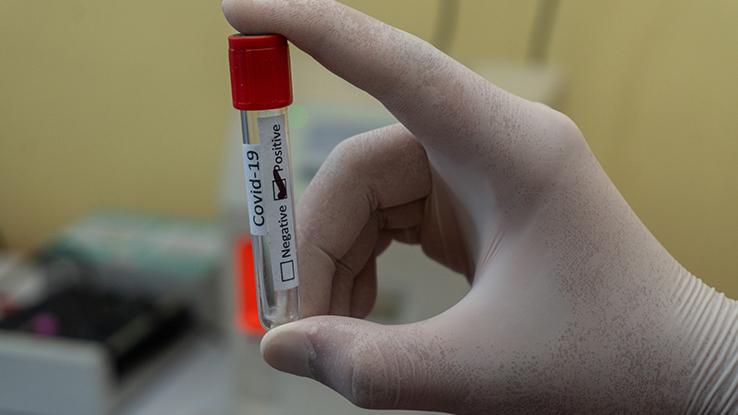 Because states control their own workers’ compensation systems, it has been left up to state legislatures to expand the presumption of eligibility for workers to make a claim for COVID-19.

According to the National Conference of State Legislatures, more than a dozen states, such as Alaska, Arkansas, California, Illinois, Michigan, New Jersey, Utah, and more, have implemented amendments or used executive action to modify their workers’ compensation laws in light of the pandemic. Most of these states have only included those workers who are in healthcare, front line emergency services, or in an “essential” job function, but states like California broadened its expansion to include all workers.

Interestingly, there has been another method of expanding presumption of eligibility without legislative changes. In West Virginia, the insurance commissioner expanded the state’s occupational disease classification to potentially include COVID-19. This move allows affected workers to file claims for benefits and bars employers from investigating the claim prior to reporting it to their workers’ compensation carrier.

Many other states have legislation in various phases of the lawmaking process, making it difficult to keep track of what protections are available in which state. However, we do know more about how claims have been impacted by these changes to eligibility criteria.

At the start of the pandemic, insurance carriers and businesses are worried about the number of workers’ compensation claims related to COVID-19. That worry grew as states began to expand the presumption of eligibility for those claims.

Those worries went largely unrealized. Yes, hundreds of thousands of coronavirus-related claims were filed in 2020, but the drop off in non-COVID-19 claims more than offset these due to layoffs, shutdowns, and remote work. The National Council on Compensation Insurance tells us that workers’ compensation payments and liabilities were 7.6% lower in the first three quarters of 2020 compared to the previous year.

We are also seeing a significant percentage of virus-related claims being denied by carriers, even in states that have expanded their presumptive-eligibility rules. Consider these findings, courtesy of the Wall Street Journal:

Insurers have denied many of these claims due to the challenge of demonstrating that exposure to COVID-19 was work-related. The high rate of denials has further slowed claims resolutions due to the legal appeals process.

According to data released independently by several states, payouts for workers’ compensation claims related to COVID-19 have been relatively inexpensive so far. For example, the Wall Street Journal points out that, of the claims Florida paid out through December, less than 2% carried a price tag of more than $10,000.

What’s next for claims processing?

The continuously evolving reality of the pandemic demonstrates the necessity of analytics within workers’ compensation claims administration. Analytics provide the insights needed to keep up with the changes in three primary areas: non-COVID-19 claims resuming, postponed treatments, and long-term effects of the virus.

As vaccinations roll out, more states will allow businesses to reopen, bringing with them a renewed wave of workplace injury claims unrelated to the coronavirus. Analytics can help you identify which industries are scaling back up and where those claims are likely to come from.

More healthcare systems are returning to normal operations, and that means postponed and elective treatments and exams can once again take place. The right insights can help you identify which claims should be monitored so you can get the right resources lined up based on severity.

Also important is to keep track of macro level trends in those affected by the coronavirus so you can see if there are long-term effects that need to be addressed preemptively. Keeping informed about these developing cases will be essential in ensuring those claims do not become a costly surprise down the road.

Analytics keeps your business aimed at the right problem

As the ground continues to shift, it’s more important than ever to be prepared to shift focus to where it’s most needed. Having a solution in place can keep your attention where it needs to be.

ISO Claims Partners offers a predictive analytics solution, wcNavigator®, that can help with the evolving landscape of workers’ compensation claims. It scores claim severity from first notice of loss through claim closure, which helps you allocate resources effectively throughout the life of the claim and among all claims received.

Adam Wesson is the director of claims solutions at ISO Claims Partners, a Verisk business. You can contact Adam at awesson@verisk.com.