Currently, there are two questions being litigated that involve who can sue under the Medicare Secondary Payer’s (MSP) private cause of action (PCA) provision and when “double damages” may apply. In a new and interesting case, the United States Court of Appeals for the Fourth Circuit is the latest court to weigh in.

In Netro v. Greater Baltimore Medical Center, Inc., 2018 WL 2472789 (4th Cir. June 4, 2018)[1], the court ruled that the personal representative of a Medicare beneficiary’s estate had standing to sue under the PCA statute. However, the court rejected the representative’s claim that the defendant’s alleged delay in paying a judgment (which included monies to reimburse Medicare) warranted “double damages.” 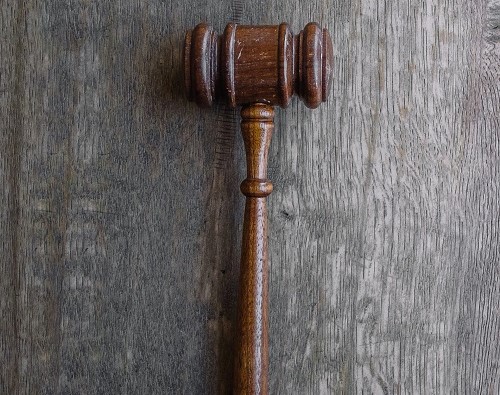 This latest decision addressing the PCA can be outlined as follows:

Kathy Netro, as the personal representative of her mother’s estate, filed a medical malpractice suit against the defendant hospital after her mother died following a period of post-surgical complications.

In a state court trial, a Maryland jury found the defendant liable and awarded $451,956.00 in damages on July 22, 2016. This amount included $157,730.75 for Medicare conditional payments, which Netro was obligated to use to reimburse Medicare. The defendant asked the court to reduce the judgment post-verdict to more accurately reflect medical expenses actually paid.

On October 31, 2016, the court issued a revised final order reducing the judgment amount. Three weeks later, Netro filed her PCA action in federal court alleging the defendant’s failure to pay the judgment (by that point in time) made it liable for double damages. The defendant ultimately paid the judgment on December 7, 2016 (37 days after the court’s revised judgment). The defendant then moved to dismiss Netro’s PCA action on standing and other grounds. And, the district court ruled for the defendant. Netro then filed this 4th Circuit appeal.

At issue was the applicability of the MSP’s private cause of action provision, codified at 42 U.S.C. 1395y(b)(3)(A), which reads as follows:

There is established a private cause of action for damages (which shall be in an amount double the amount otherwise provided) in the case of a primary plan which fails to provide for primary payment (or appropriate reimbursement) in accordance with paragraphs (1) and (2)(A).

To resolve this dispute, the court had to address two questions: (1) whether Netro, as personal representative of the estate, had standing to sue and (2) whether the defendant’s delayed payment warranted the PCA’s “double damages” penalty. The court ruled as follows on each question:

Netro had standing to bring her PCA action

The court rejected the defendant’s argument that Netro lacked standing to bring her PCA claim since the money she sought to recover was owed to the government (Medicare), not her. On this point, the court found that Netro suffered an “injury,” as that term is defined in this context, to establish standing since the money owed to the estate included funds ultimately owed to Medicare. This monetary liability, according to the court, was Netro’s “injury” under federal law affording her standing. Further, the fact that the defendant ultimately paid the judgment did not defeat standing, since standing is measured as the time a complaint is filed, and that when Netro filed her action, payment had not yet been made.

In addition, the court ruled that Netro properly invoked a “derivative injury” which it described as the “government’s recoupment interest assigned to a Medicare beneficiary by the MSP Act.” In this context, the court found the MSP partially assigns the “[g]overnment’s damages claims” to parties with proper standing (like Netro) to pursue PCA actions. To this point, the majority rejected a lengthy dissenting opinion which took the view that Netro did not have standing under (3)(A).

While the court recognized limits to who may have standing to sue under (3)(A), it believed that Netro met the standing requirements stating that “[n]ot just anyone can wander in off the street and avail themselves of the MSP’s private cause action. Were we to hold, however, that Netro, as the representative of a Medicare beneficiary, lacked standing even under the circumstances here, it is not clear that any party besides the government could bring suit under the [MSP] .. [t]hat would essentially render Congress’s express provision of the [PCA] null and void.”

Although the court found that Netro had standing, it rejected her claim that the defendant’s delayed payment made the defendant liable for double damages stating:

Netro received the funds owed to Medicare 37 days after the revised final state court judgment. That delay hardly constitutes a ‘fail[ure]’ to pay under the MSP Act … There cannot be a failure to pay when there has been payment. Netro would have us transform the statute to read ‘unreasonable delay.’ But this we cannot do. While there might at some point be a delay of such length that it would amount to a failure, that is not at all this case.

Likewise, the court rejected Netro’s position that the defendant’s potential liability should be measured from the original July order noting that “even if we were to start the clock in July, it is not apparent that [the defendant] violated the MSP Act. Again, [the defendant] ultimately paid Netro, who was then obligated to pay Medicare. And much of the delay she complains about was due to the state court’s consideration of the appropriate judgment amount, not any evasion by [the defendant].”

Finally, the court rejected Netro’s contention that PCA damages should attach 60 days after a primary plan becomes responsible for reimbursing Medicare stating that “[the statutory text does not support any specific deadline, nor does Netro’s attenuated rationale—relying on a different statutory provision that authorizes Medicare to charge interest on conditional payments after 60 days.” Further, the court observed that even if it adopted Netro’s proposed 60 day rule, the defendant actually made payment within 60 days from the October final order, which was the operative judgment date under Maryland law.

In the larger scope, the Netro decision calls into the focus the many interpretative challenges posed by the MSP’s (3)(A) PCA provision. For example, we see the 4th Circuit ruling addressing the fundamental issue of standing, with the court ultimately finding that the personal representative of a deceased Medicare beneficiary’s estate in this case had proper standing to sue under this provision.

Perhaps of greater interest was the court’s approach to what may constitute a “failure” to pay, or provide “appropriate reimbursement,” triggering the PCA’s “double damages” penalty. In Netro, the court viewed the defendant’s payment of a final judgment 37 days after a court order as insufficient to impose the PCA’s double damages provision, although it kept the door open to the potentiality that a longer delay could possibly constitute a failure to pay or reimburse under the PCA.[2]

In this regard, the court’s approach in Netro appears similar to that taken by the court recently in Collins v. Wellcare Healthcare Plans, Inc., 73 F.Supp.3d 653 (E.D. La. 2014) which viewed “[f]ailure [as connoting] an active dereliction of a duty, and the award of double damages is intended to have a punitive effect on plans who intentionally withhold payment.” In Collins, the court declined to impose double damages against a defendant which had placed disputed funds in trust pending litigation. In both of these cases, the court appeared to focus on the defendant’s actions and the overall factual circumstances in assessing applicability of the PCA’s double damages penalty.

In contrast, a different (and perhaps stricter) approach was taken by the court in Humana v. Western Heritage Insurance Co., 832 F.3d 1229 (11th Cir. 2016). In this factually involved case, the 11th Circuit ultimately imposed “double damages” against an insurer which failed to reimburse a Medicare Advantage plan’s demand within 60 days per 42 C.F.R. 411.24(i)(1) – despite the fact the insurer arguably took steps to ensure the plan’s interests were properly addressed, including placing the disputed sum into trust per a state court order.

Going forward, it will be interesting to see exactly how the courts will continue to approach and define the contours of what may, or may not, constitute a “failure” to pay or reimburse warranting “double damages” under the MSP’s (3)(A) PCA provision. In the interim, it is imperative that claims payers have solid programs in place to address Medicare recovery claims and ensure that appropriate reimbursement is tendered to lessen the prospects of PCA actions.

[2] The prospect of delayed payment potentially warranting the imposition of PCA “double damages” surfaced in the case Estate of McDonald v. Indemnity Insurance, 46 F.Supp.3d 712 (W.D. Ky. 2014). In this workers’ compensation case, the insurer, via court order, was required to reimburse the claimant for medical expenses incurred (including Medicare payments related thereto). Two years after this order, the Estate filed a PCA action alleging that the insurer had still not reimbursed Medicare. Shortly after suit was filed, the insurer paid Medicare. The court, proceeding from the factual assumption that the insurer did nothing in the two years from the court order to reimburse Medicare, levied “double damages” against the insurer. However, the court eventually amended this portion of its order after the insurer subsequently produced evidence showing engagement with Medicare on the matter following the order and before the Estate filed its PCA action. In light of this new evidence, the court referred the case for further proceedings stating that the “failure to permit the issue to be fully developed may result in a miscarriage of justice … [t]he parties will be permitted to develop the underlying facts and present fulsome argument on the question of appropriate reimbursement and the Estate’s entitled to a damage award, if any.” See, Estate of McDonald v. Indemnity Insurance, 107 F.Supp.3d 764 (W.D. Ky. 2015)