Whether liability Medicare set-asides (LMSAs) are legally “required” continues to be a vexing question for parties settling liability claims. In Silva v. Burwell, 2017 WL 5891753 (D. New Mexico, November 28, 2017), the United States District Court for New Mexico ruled that it lacked jurisdiction to issue a declaratory ruling on whether a LMSA was required noting the absence of any specific law or regulation mandating set-asides in liability cases.

This case and the larger considerations it raises are outlined as follows: 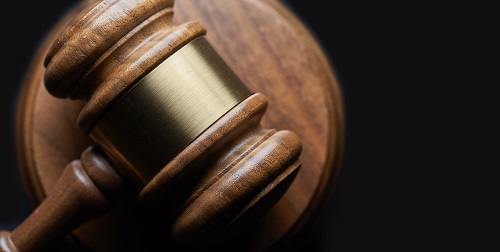 As part of this medical malpractice settlement, the defendant hospital insisted that a LMSA be included due to concerns that CMS “could come back” after the hospital for future medical expenses at a later date. The plaintiff objected arguing there was no legal basis requiring him to establish a set-aside.

The plaintiff asked CMS to provide its position regarding the legal basis requiring him to establish a set-aside, or otherwise obligating him to repay Medicare for any future medical care. After CMS failed to respond, the plaintiff filed a declaratory judgment action seeking a court order that no set-aside was required and that LMSAs were not required under federal law. CMS moved to dismiss the action.

The court ruled for CMS and dismissed the plaintiff’s action on grounds that it did not have subject matter jurisdiction to address the issue, citing the lack of statutory or regulatory authority requiring set-asides in liability cases.

In reaching this decision, the court noted CMS had not taken any action imposing (or potentially imposing) contingent liability on the parties finding no evidence that CMS was taking a contrary position to the plaintiff’s interpretation of the MSP statute. The court observed that CMS had “not taken any act to indicate that they are interpreting the MSP to require MSAs in non-workers compensation personal injury cases. Nor has [the plaintiff] shown that CMS has sought to recover funds not placed in an MSA in other similar personal injury settlements.” Accordingly, the court found that the plaintiff failed to show that CMS was likely to seek reimbursement from either party “if they [did not] create an MSA.”

Further, the court, aligning itself with previous rulings from other jurisdictions, stated “[i]mportantly, no federal law or CMS regulation [currently] requires the creation of a MSA in personal injury settlements to cover potential future medical expenses.” [1]

In addition, the court found CMS had no legal duty or obligation to respond to the plaintiff’s request for a determination of whether a LMSA should be included since there “[t]here is no law or regulation currently in place that requires [CMS] to decide whether Plaintiff is required to create a MSA for personal injury settlements.”

Finally, the court decried the problems CMS has created in the liability space by failing to clarify its position on the future medicals issue commenting that “[t]he uncertainty created by CMS's repeated failure to clarify its position on requiring MSAs in personal injury settlements … is also proving burdensome to the settlement process.” Nevertheless, the court declined to address the issue stating that “standing is a jurisdictional requirement, and Plaintiff has not met his burden to establish a justiciable controversy ripe for review."

LMSA issue – Keeping it in perspective

The Silva decision comes at a critical time as there is renewed industry interest in LMSAs following CMS’ recent announcements that it plans to revisit Medicare set-asides for liability and other non-group health claims. There has also been some evidence that CMS may be preparing internally for possible expansion of its MSA program.

In the bigger picture, Silva serves as an important reminder that questions remain regarding CMS’ legal right to regulate future medicals in liability cases under the current statutes and regulations. On this point, it is interesting to note that CMS in Silva clearly had opportunity to step in and assert its legal position on the LMSA issue – but it declined when push came to shove.

Notwithstanding various CMS policy statements (both written and oral) over the years, the fact remains that decisions like Silva (along with prior similar rulings such as Trans Am v. Sipler and Bruton v. Carnival [2] expose the gulf between what CMS may believe (or suggest) from a policy standpoint, from that which may actually be required (or not required) under current federal law.

Understanding this difference is critical when addressing the LMSA issue -- especially in light of the current industry climate where certain recent announcements from CMS have been interpreted as “requiring” LMSAs in some quarters. This is why where CMS plans to head next on the LMSA issue and how they plan to proceed, is critical and should be closely followed. Specifically, will CMS try to implement formal rules into the Code of Federal Regulations as they did back in 2012? In light of decisions like Silva, Trans Am, and Bruton, many argue they must in order to shore up their tenuous legal footing under current statutes and regulations.

When the dust settles, claims payers need to proceed cautiously and astutely in addressing the LMSA issue – keeping decisions like Silva in mind and following where CMS heads next. The issue is too complex for one-size fits all or knee-jerk approaches. We understand the issues and complexities, and for years has worked with our customers in establishing well-reasoned compliance approaches for liability claims.

We have a full suite of products and services that cover the entire life of a liability, no-fault or workers' compensation claim. Learn more on how our offerings can help you meet your obligations under state and federal laws - and improve claim outcomes here.