The Silver decision is the latest case addressing problems that can arise when insurers try to obtain an individual’s social security number (SSN) for Medicare, Medicaid, and SCHIP Extension Act of 2007 (MMSEA) purposes. The root of the problem is that the MMSEA lacks specific provisions mandating that claimants cooperate in determining their Medicare eligibility status. To mitigate the impact of this consequence, the Strengthening Medicare and Repaying Taxpayers Act of 2012 (SMART Act) forced the Centers for Medicare & Medicaid Services (CMS) to change its policy requiring a plaintiff’s full SSN for MMSEA querying purposes (CMS now accepts the last five digits when the full SSN cannot be obtained). Though CMS has not yet done so, the SMART Act also requires that CMS establish a “good faith” compliance safe harbor when an insurer is unable to determine Medicare status. Nonetheless, issues like those presented in Silver will likely continue to surface. 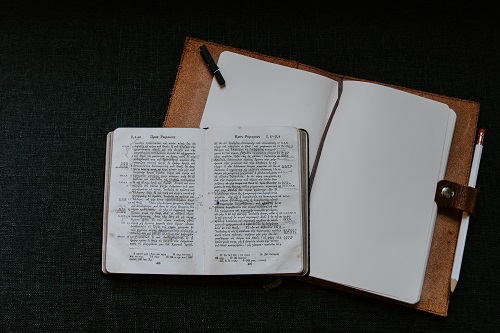 Facts of the case and the ruling in three parts

However, the Connecticut Superior Court denied the defendant’s efforts to obtain this information on three grounds:

First, the court ruled the insurer, as a non-party, lacked legal standing under Connecticut law to request this information, and the defendant had otherwise failed to cite any authority granting a non-party the right to utilize applicable discovery procedures to obtain the requested information. While acknowledging the MMSEA placed certain requirements on the insurer, the court explained standing “is determined by whether [the insurer] is a proper party to request the information … not by whether it has a legitimate interest in acquiring the information.” Accordingly, the court concluded “because the defendant’s insurer is not a party to this case, it lacks standing to request discovery and the court lacks jurisdiction to entertain any such requests.” [1]

Second, the defendant’s request was deemed non-discoverable per Connecticut Practice Book §13-2. Under this practice rule, proposed discovery is permitted if it assists “in the prosecution or defense of the action.” The defendant argued this rule supported its request since “[t]he case could not be settled or resolved, short of trial, without it,” and that this information would otherwise benefit both parties expedite settlement. The court, however, found these arguments “fatally flimsy even under a broad and liberal construction of the rule” noting specifically that “[t]he defendant has not explained, and the court cannot discern, how the plaintiff’s personal identification information will be of assistance either to the prosecution of the plaintiff’s case, or to any defenses that the defendant may have to the issues of negligence, causation, or damages.”

Third, the court failed to see how the desired information would help expedite settlement, noting there was no evidence of actual settlement, or even settlement discussions. Further, even assuming the information was relevant or necessary, the court found the defendant still failed to show why it should be produced now as compared to “being produced as a condition of any prospective settlement.” Thus, the court concluded the “defendant [failed] to explain in any specific, non-speculative way how acquiring information necessary for MMSEA will delay completion of settlement agreements any more than any other typical condition that may cause delay.”

When the dust settled, the court in Silver did not necessarily foreclose the defendant’s ability to obtain the plaintiff’s SSN. It basically relegated the issue to a “condition” of any prospective settlement, rather than a discoverable item allowed as part of standard discovery—which would arguably be the better practice.

The Silver decision runs contrary to prior court decisions addressing similar factual situations. Specifically, Silver expressly rejected a prior Connecticut Superior Court ruling in Smith v. Sound Breeze of Groton Condominium Ass’n, 2011 WL 803067 (Conn. Super. Ct. 2011) which allowed the filing of supplemental discovery aimed at obtaining the plaintiff’s SSN prior to settlement. Unlike Silver, the court in Smith found this request not only permissible under Connecticut Practice Book §13-2, but “in line with [the court’s] policy of promoting settlement of disputes without trial.”

Similarly, in Seger v. Tank Connection, LLC, 2010 WL 1665253 (D. Neb. 2010) the court found the production of the plaintiff’s SSN prior to settlement relevant and permitted under the federal rules of discovery. While acknowledging the MMSEA did not require “this information be submitted to CMS until after a final settlement or judgment is issued,” the court reasoned there was no “harm to the plaintiffs in providing the information sooner … [as the plaintiff] will be required to provide the requested information eventually [and this information] could reasonably bear on the issues in the case.” Accordingly, the court ordered the plaintiff in that case “to provide identifying information along with either his Medicare Health Insurance Claim Number or his Social Security Number.”

Viewing Silver purely in terms of Medicare compliance, [2] the courts’ rulings in Smith and Seger appear to take a more practical and holistic view of the issue–given the complications and delays often experienced in dealing with CMS and Medicare related issues. Further, any concerns regarding use of a plaintiff’s SSN outside the MMSEA could seemingly be resolved through an agreement limiting and protecting its use, or obtaining a judicial protective order along these lines as the court issued in Smith.

Going beyond the MMSEA, since both parties (including the plaintiff’s attorney) have potential liability for conditional payments under the MSP, addressing Medicare compliance issues in a proactive and cooperative manner during the course of the claim—as opposed to waiting to settlement—would just seem to make practical sense.

[1] The court stated there was “no dispute” in terms of the defendant having standing to move for supplemental discovery, although it viewed its interests as differing significantly from that of its insurer since the defendant was not subject to the MMSEA.

[2] In this regard, the author expresses no opinion on the Silver court’s interpretation of Connecticut substantive law on the issue of insurer standing, or discoverability under Connecticut’s practice rules. From a Medicare compliance standpoint, denying an insurer’s ability to obtain information needed to comply with the MMSEA on standing grounds could prove particularly problematic, especially if the court also finds that it’s insured is not entitled to request this information, or otherwise limits its ability to do so.