Multiple wildfires have threatened communities and forced evacuations in Utah over the final weekend of June, destroying and damaging properties. The Knolls, Canal, and Traverse all ignited within a 48-hour period, according to official sources and local news reports.

The Knolls Fire, first reported on June 28, grew to nearly 13,000 acres in the area of Saratoga Springs and was 75 percent contained as of June 30, according to  the National Interagency Fire Center.1 The Utah Division of Forestry, Fire & State Lands listed the cause as human caused–under investigation.2 One home outside the city limits was destroyed, 12 houses in the city sustained damage, and fences and one shed were destroyed across 18 other properties, the Salt Lake Tribune reported, citing a city spokesman.3 At one point more than 3,000 homes—representing over 13,000 residents—were under mandatory evacuation orders, according to the newspaper. 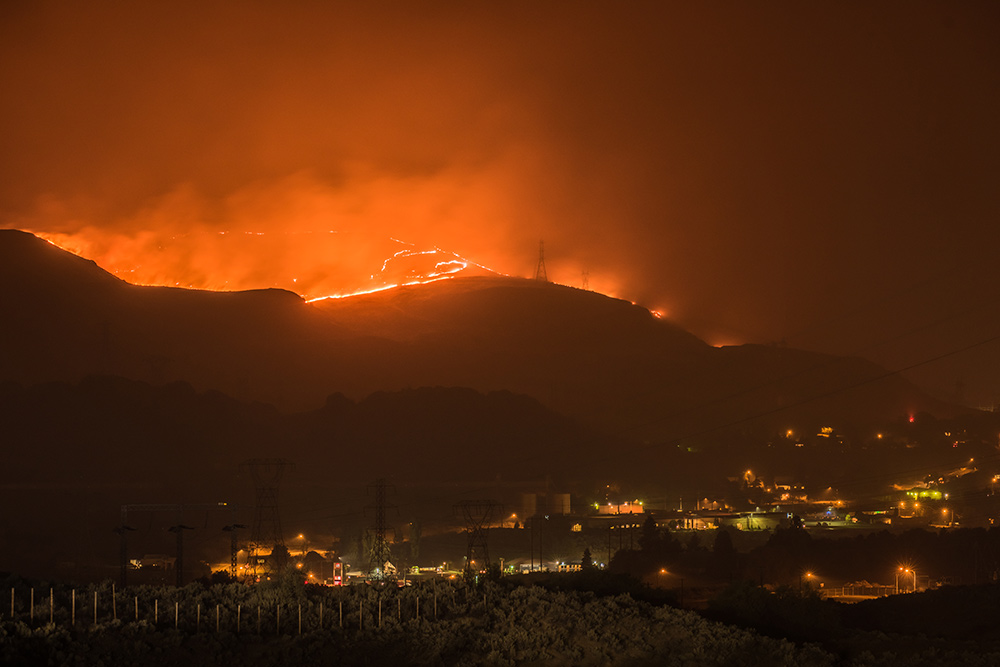 Multiple wildfires have threatened communities and forced evacuations in Utah

The Canal Fire approached 67,000 acres after igniting on June 26, five miles north of Oak City. Fire officials initially reported quick containment of the blaze, but on June 29 winds pushed it through control lines, according to the Central Utah Interagency Fire Organization, which listed the cause as lightning.4 The fire was 10 percent contained as of 9 a.m. MDT on June 30. Outbuildings on some properties were destroyed, the organization said.

The Traverse Fire approached 500 acres in the city of Lehi and was fully contained as of June 30, the state forestry division reported, citing fireworks as the likely cause.5 No property damage was reported, although mandatory evacuations were in place at one point, according to the Salt Lake Tribune.6

FireLine®, Verisk’s wildfire risk management tool, is guiding analysis of risk factors seen within and around the respective fire perimeters. Key risk factors in each fire included moderate to heavy fuels and moderate to extreme slopes.

Another state sees an early start

Utah Fire Info reported that fire starts in 2020—468 to date—were running well ahead of the past two years: 135 in 2019 and 360 in 2018 as of the same data. Radio station KUER said state officials are attributing the fast start to Utah’s third driest spring on record, marked by hot weather and rapid snow melt that has left abundant dry vegetation.