Rising frequency and severity of auto insurance claims over the past two years is well documented—but not uniformly understood. The frequency is no mystery: As the economy continues to grow, people are simply driving more—3.2 trillion miles on U.S. public roads in 2016, the fifth consecutive annual increase. Verisk studies have shown how frequency rises with mileage.1 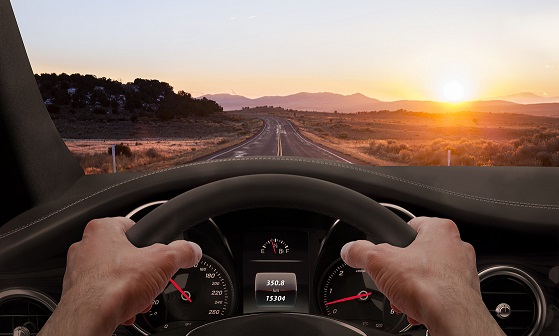 An increase in accidents can also be attributed to long-term trends such as distracted driving and short-term shifts in weather patterns such as recent severe winters in various regions.

The surge in severity of physical damage is harder to grasp—and may defy some of the conventional wisdom. Average severity for property damage increased 1.26 percent between 2007 and 2011, although in 2015 dollars it actually declined during this period. But between 2011 and 2015, severity jumped to 3.93 percent, or 2.57 percent adjusted for inflation.

But despite surging sales, “the average age of vehicles on U.S. roads has never been older,” says Jack Rozint, vice president of sales, service, and repair at Mitchell APD Solutions. That average age is now estimated at 11.6 years, with 72 percent of vehicles 6 years or older. While the rate of increase in average age is slowing, no reversal is in sight.

This trend has the counterintuitive effect of increasing severity in auto physical damage claims. Older cars are far down the depreciation curve and thus more likely to be totaled in cases where owners have maintained collision coverage on them. Meanwhile, vehicles actually being repaired skew toward the newest models, reflecting a slowdown in the influx of new vehicles from 2009 to 2013.

Rise of the machines

While sales surge, new vehicle prices continue to climb an average of 2.5 percent per year, according to KBB, and the overall value of the fleet is increasing. Sport utility vehicles, which cost more to repair, account for a growing share of sales, and all new vehicles are laden with increasingly expensive technology—much of it, ironically, designed to make cars safer. Government mandates, which include backup cameras in all new vehicles by 2018 and automatic emergency braking by 2020, ensure that the equipment will only grow more prevalent.

The technology works: Cars protect their occupants better than they ever have. As the nation’s fleet turns over, advanced driver assistance systems (ADAS) raise the hope of fewer and less severe accidents in the future. But there will be periods of adjustment for drivers as these new technologies appear in their vehicles.

Studies even suggest that as technology mitigates one risk, people may be inclined to let their guard down and engage in other risky behavior, effectively replacing one hazard with another. For example, collision avoidance systems might make texting behind the wheel feel less dangerous.

An estimated 40,200 people died on U.S. roads in 2016, the most in almost a decade, according to the National Safety Council. Traffic fatalities last year were up 6 percent over 2015 and 14 percent over 2014—the sharpest two-year increase in more than 50 years, the safety group said.

Today’s accidents aren’t just taking a higher toll in terms of lives lost. When the latest safety and convenience features are damaged, the repair costs are staggering. Delicate sensors hide in the exposed extremities of vehicles, such as bumpers and grilles. Even when ADAS components escape damage, they may have to be recalibrated after collision repairs or a repair as mundane as replacing a cracked windshield.

The lower-tech end of collision repair is not exempt from growing expense and complexity. Competing imperatives require manufacturers to strengthen vehicles for crash protection while reducing weight to improve fuel economy. The resulting designs are more complicated to build and repair. They may employ high-strength steel, composites, carbon fiber, and new uses for aluminum.

What could have been repaired on an older vehicle may have to be replaced. Aluminum repairs require special facilities that can cost a shop $250,000 to install. Putting the pieces of new cars together can require specialized adhesives, and shops now may have five welders and six rivet guns where one of each used to suffice.

When all the work is done, many manufacturers strongly recommend a scan using an OEM (original equipment manufacturer) tool to ensure that the vehicle’s electronics are calibrated to factory specifications. The process can add hundreds of dollars to repair costs.

With the expensive technology being built into new cars, it’s more important than ever for insurers to know the exposure they’re assuming. To that end, build-sheet data from the manufacturer can help insurers know exactly how the cars they insure are equipped from the factory for more accurate pricing.

When claims occur, speed and efficiency can lessen the sting for policyholders and insurers alike. The telematics capabilities in growing numbers of vehicles can be married with predictive analytics, data-driven algorithms, and severity threshold filters to trigger and expedite the claims process on multiple fronts. With real-time first notice of loss powered by telematics, insurers can:

To learn more about how telematics can help you stay ahead of worsening severity trends, visit Verisk Data Exchange: Claims Solutions or email telematics@verisk.com.

Dawn Mortimer is assistant vice president of IoT/Telematics, Claims, at Verisk – insurance solutions. She can be reached by sending email to dawn.mortimer@verisk.com.