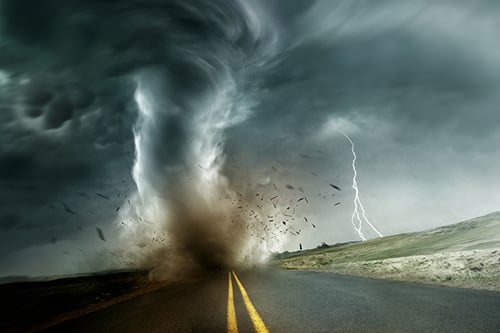 With winter winding down, we look to April and the potential catastrophe risks for the month.

Historically, April is an active month for violent tornadoes. There have been more violent tornadoes—EF4 and EF5—in April than any other month from 1950 through 2013. And just last year, there were 146 tornado reports for the month.

In the past ten years, there’s been an average of 222 U.S. tornadoes in April.

In the past ten years, there’s been an average of 222 U.S. tornadoes in April, with April 2011 ranked as the most active month on record for tornadoes. There were 758 confirmed April tornadoes that year (exceeding the prior record of 267 in April 1974), with an estimated 364 fatalities. April 2011 was also the costliest April over the last ten years in terms of insured losses (more than $13 billion), as the graph below indicates.

In the last decade, April 2017 had the most overall catastrophes, though the insured losses weren’t as high as other years. That year, in April, there were seven PCS-designated catastrophes, all of which were wind and thunderstorm events. Last April, PCS designated six catastrophes, which generated 418,000 claims and more than $3.1 billion in losses.

The following graph illustrates catastrophe activity for the month of April from 2009 to 2018 in terms of dollar losses and claim volumes. 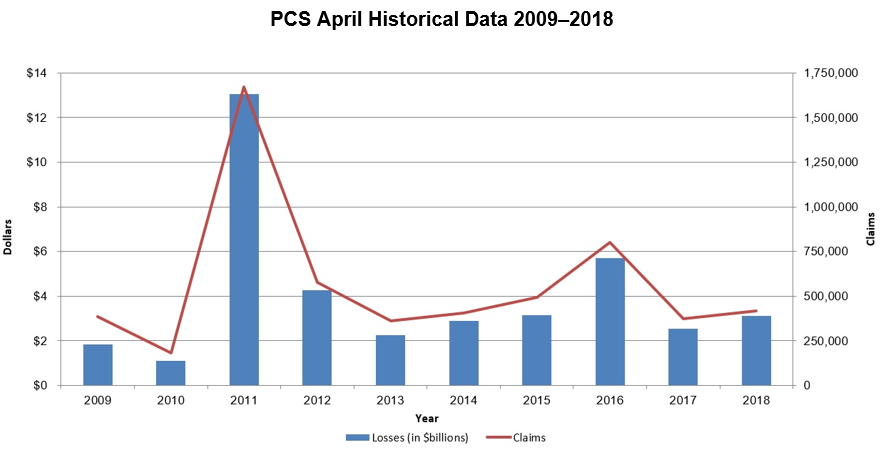 For access to vital PCS information on the go, customers can download the new PCS-Mobile app for iPhone and Android.