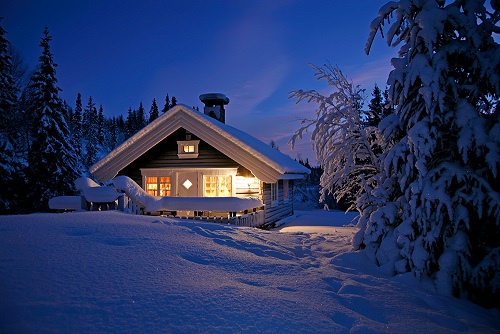 The climate and forecast communities are realizing the importance of the polar vortex on winter weather.

The predictors that contribute to AER’s forecast include the El Niño/Southern Oscillation (ENSO), October Eurasian snow cover extent, Arctic sea ice concentration, and an index that measures high-latitude blocking. October Eurasian snow cover extent was above-normal, Arctic sea ice extent is below-normal, and active blocking at high latitudes has occurred this fall. All three indicators favor a cold winter in the eastern U.S. A La Niña is also happening this winter, which favors a cold winter in the northwestern U.S.

ENSO is the traditional and ubiquitous predictor of weather on seasonal timescales, which AER includes as well. But seasonal predictions based solely on ENSO are sometimes off-target. AER has tried to improve on seasonal forecasts that rely exclusively on ENSO by including information from high latitudes, an area of active research and the subject of many scientific articles at AER. The climate and forecast communities are realizing the importance of the polar vortex on winter weather. AER believes that snow cover, sea ice, and high-latitude blocking are very good predictors of the behavior of the polar vortex. All three indicators suggest that the polar vortex will break down later this winter, potentially unleashing an extended period of severe winter weather.

The Atmospheric and Environmental Research (AER) winter temperature forecast can also be found on the website of the National Science Foundation, which funds AER scientist Judah Cohen’s atmospheric and polar research.