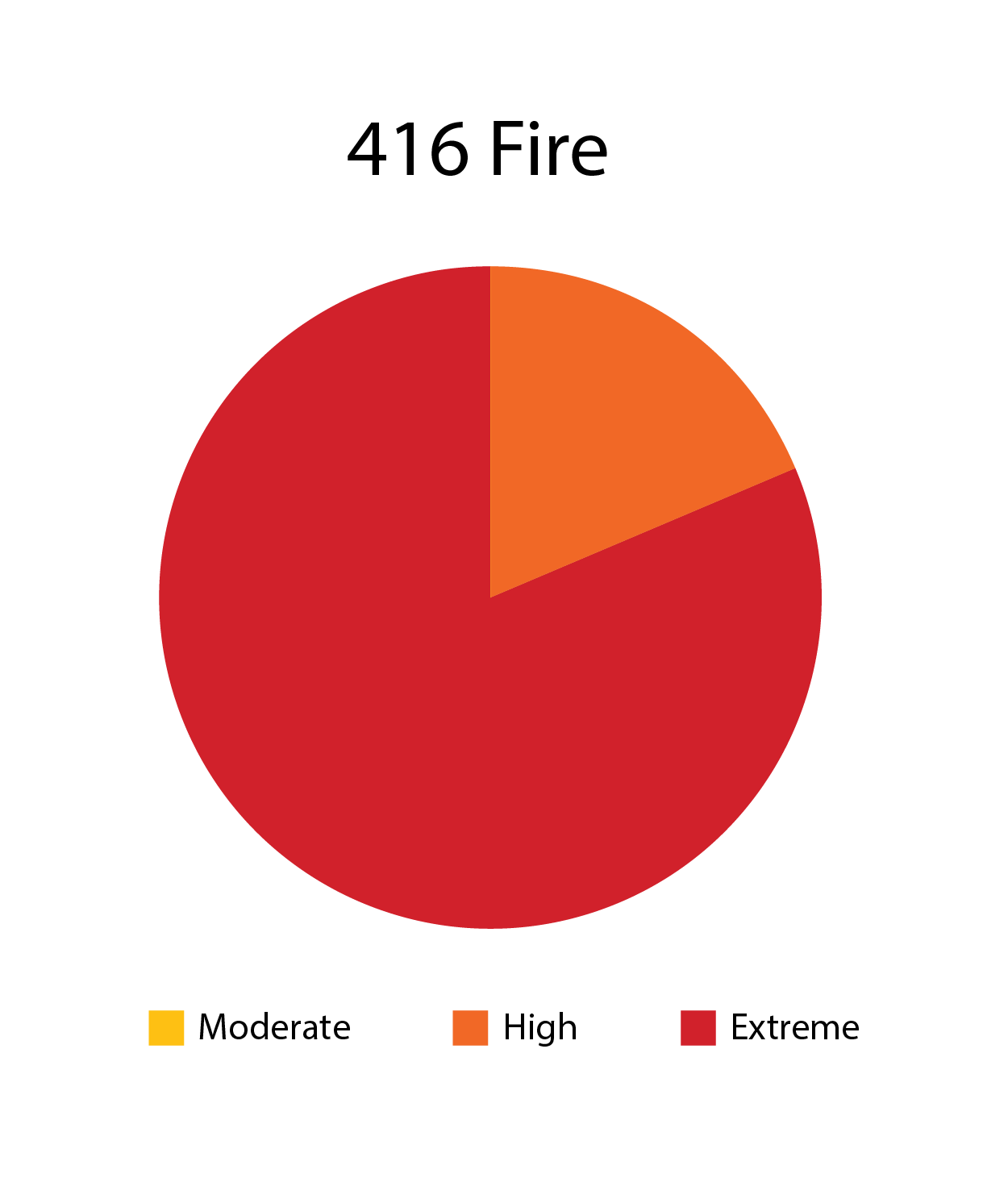 The 416 Fire approached 35,000 acres as it spread along the west side of State Route 550 north of Durango, Colorado. Rainfall temporarily slowed the fire’s growth, but drying conditions were causing renewed spread, with containment at 37 percent as of June 25, according to the Portland National Incident Management Team. The cause of the fire was unknown.

The 416 Fire, reported June 1, had not burned any structures as it spread across private land and the San Juan National Forest, the Incident Management Team reported. But structure protection measures were in place for threatened areas, and some homes remain under pre-evacuation notice. All earlier evacuation orders have been lifted. 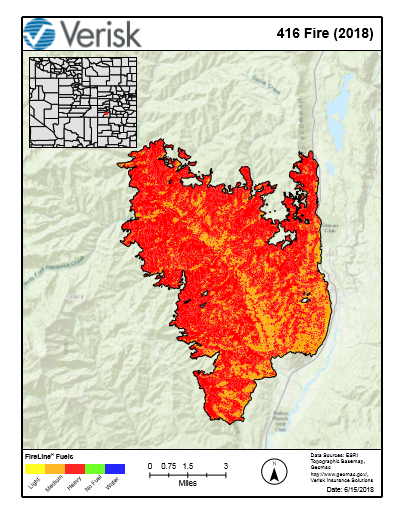 Rainfall of about an inch on June 17 and 18 helped slow the fire’s spread, but the return of drier conditions created an ongoing and gradually increasing threat.

FireLine®, Verisk’s wildfire risk management tool, is guiding analysis of risk factors seen within the 416 Fire’s perimeter. FireLine categorized virtually all the fire area as high or extreme risk, as shown by the chart and accompanying map.* The terrain was marked by considerable amounts of heavy fuel and steep slopes, but access for firefighters was generally good.

* Note that because the area that might be described as "moderate" was negligible, it is not visible in the accompanying chart.