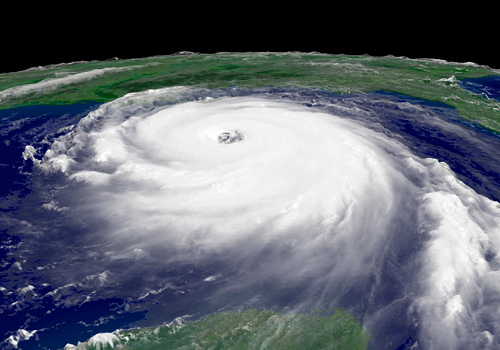 For the second straight year, the Atlantic hurricane season had an early start with Subtropical Storm Andrea in May and Hurricane Barry in July, which was a PCS®-designated catastrophe exceeding $25 million in insured losses.

For the second straight year, the Atlantic hurricane season had an early start.

Researchers at Colorado State University expect a “near-average” hurricane season, forecasting six hurricanes, including two major ones. The researchers say there’s a 48 percent chance of a major hurricane making landfall along the United States coastline, while the Caribbean remains near its long-term average of 42 percent.

In the last 10 years, there have been 23 PCS-designated catastrophes in August totaling $31.3 billion paid on insured losses from 2.6 million claims. Hurricane and tropical storm catastrophes alone accounted for $24.9 billion of those insured losses and 1.8 million claims. 2013 and 2018 contained the most active months of August as, within that span, four events resulted in approximately 284,000 claims and $2.52 billion paid in insured losses. Hurricane Harvey in 2017 was the largest single August event in the last 10 years, causing more than $17.6 billion in damages from nearly 700,000 claims.

Two other notable August hurricanes, —Hurricane Andrew in 1992 and Hurricane Katrina in 2005—caused $15.5 billion and $41.1 billion in insured losses respectively. The following graph illustrates catastrophe activity for August from 2009 to 2018 in terms of dollar losses and claim volume. 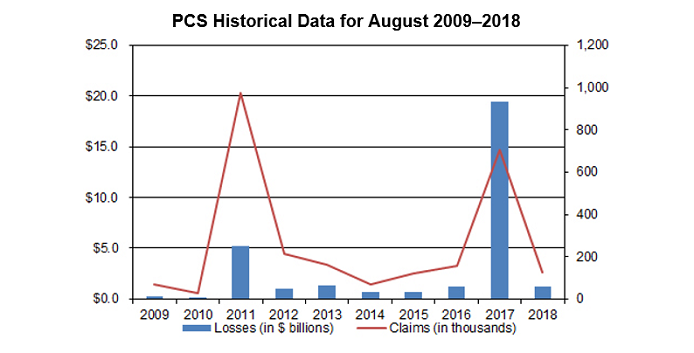