As the first quarter of 2017 comes to an end, it’s clear there will be no shortage of Medicare Secondary Payer (MSP) developments to keep an eye on this year. 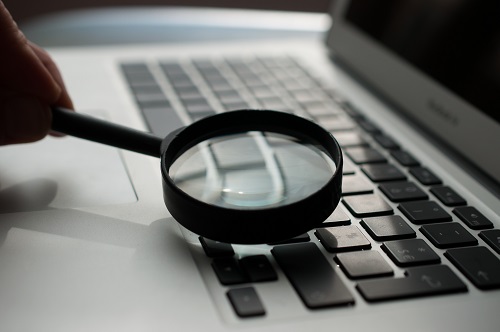 On this note, CMS’ WCMSA reference guide section 10.4.2 specifically states: In order to protect Medicare’s interests, a WCMSA should be funded based on the life expectancy of the claimant unless state law specifically limits the length of time that WC covers work-related conditions.

Given the apparent conflict within CMS’ own policy, we requested a rule clarification directly from the CMS central office, and it agreed to review the discrepancy in a future policy meeting. While this may or may not result in a beneficial policy change, we’re encouraged that CMS is willing to consider this important issue further.

While the industry awaits further information, there are signs CMS is preparing internally for a possible expansion of its MSA process. For example, in December 2016, CMS issued a formal solicitation and bid notice regarding the Workers’ Compensation Review Contractor contract. The WCRC is the contractor that CMS uses to review Workers’ Compensation Medicare Set-Aside Arrangements.

This bid contains a draft Statement of Work (SoW) that specifies that the contractor ultimately selected must be prepared to implement “a similar process to what exists currently under the WCMSA process to evaluate MSAs for other applicable NGHP insurances within 90 days of request.” The SoW further revealed CMS was contemplating dividing NGHP cases into two categories—requiring either full or cursory review—based on proposed settlement amounts. CMS estimates that full-review volume could be as low as 800 or as high as 11,000 additional cases per year, while it projects another 40,000 cases to qualify for cursory review. No further details were provided on the specific criteria or thresholds to be used. The WCRC bid process ended on February 15, 2017. CMS is now evaluating the bid submissions with a goal of awarding the new WCRC contract by the end of June this year.

In addition, in February 2017, CMS issued a Change Request (CR-9893) to update its Common Working File (CWF) regarding Liability Medicare Set-Aside (LMSA) and No-Fault Medicare Set-Aside (NFMSA) Arrangements. This notice advises that “CMS will establish two (2) new set-aside processes: a Liability Insurance Medicare Set-Aside Arrangement (LMSA), and a No-Fault Medicare Set-Aside Arrangement (NFMSA).” This notice indicates Medicare will not pay for services related to the diagnosis code (or family of diagnosis codes) associated with an open LMSA or NFMSA Medicare Secondary Payer record “when the claim’s date of service is on or after the MSP effective date and on or before the MSP termination date.” In this situation, such claims will be denied based on the open record. For liability and no-fault claims without an MSA, CMS advises these cases “will continue to be processed under current MSP claims processing instructions.” CR-9893 does not provide any substantive information or policy statements regarding specific criteria, thresholds, or other particulars CMS may be considering for LMSAs or NFMAs.

For a more in-depth status on the LMSA issue, click here.

Another Capitol Hill matter to watch is whether the old WCMSA reform bill (which has been introduced in just about every congressional session over the past several sessions) will resurface.  In the past, this bill has taken aim at tightening up CMS’ WCMSA review thresholds, proposed a formal appeals process, and offered alternative approaches to the traditional WCMSA, along with a host of other proposed changes. The bill has never really garnered traction in Congress over the years. We’ll look to see if this bill (in some form or fashion) gets reintroduced in the new congressional session.

If you have questions or would like more information on the above items, please feel free to email Mark mark.popolizio@verisk.com or Sid at sidney.wong@verisk.com.