Preparing for a fundamental compliance shift in liability claims

As part of this series, we previously outlined the new dual threats of Medicare Advantage Plans (MAPs) and Liability Medicare Set-Asides (LMSAs). Liability claims are particularly at risk, as these emerging compliance issues impose new burdens on the management and settlement of claims. Let’s take a look at what often happens in liability claims and what should also now be factored into the decision. 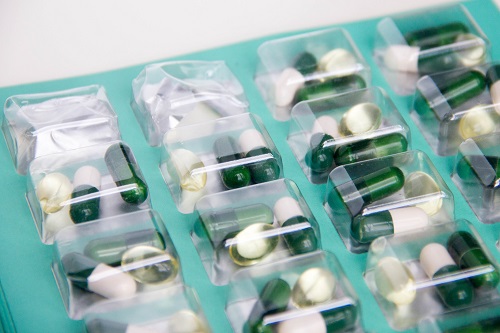 We know that the Humana Medical Plan, Inc. v. Western Heritage Insurance Co., case broke through the safety nets commonly used. The MAP and the court acknowledged the safety nets but did not pursue recovery against the claimant. Furthermore, the Medicare Secondary Payer (MSP) statute and corresponding federal regulations provide that any party that pays or receives money in a settlement must protect and reimburse Medicare. So although the claimant has a personal obligation to reimburse Medicare, the insurer may end up absorbing the claimant’s liabilities, as was the case here.

The proposed LMSA review process may sidestep even more than just commonly used safety nets. To state the obvious, liability claims and settlements are fundamentally different from workers' compensation claims. If Medicare implements a review and approval process that requires liability settlements to itemize and set aside future medical costs, then cycle times, paid costs, and reversals may be negatively affected.

Insurers may want to examine not only “how” they handle their Medicare compliance risk but more particularly “who” is handling that risk. If a carrier wants to shift the compliance burden to the claimant and/or the claimant’s attorney by making them discover and resolve any Medicare lien issues, then the carrier needs to be prepared to absorb any unresolved risks. Certainly the insurer can fall back on the settlement agreement and pursue legal action against the claimant, but that requires additional time and money on a supposedly closed claim.

It’s currently unknown how the LMSA process will work or how closely it will follow the current workers' comp MSA process. But claimants and/or their attorneys may demand an LMSA be completed before settlement can be reached for fear that the claimant’s Medicare benefits will be suspended and denied or the settlement disregarded by Medicare—which is the current situation with workers' comp claims.

As with any claim type, Medicare establishes multiple levels of compliance that require dealing with various contractors and their procedural processes, such as the Benefits Coordination & Recovery Center (BCRC), the Commercial Repayment Center (CRC), and the MSA contractors, in addition to Medicare’s own unique procedural processes. MAPs are independent of the so-called “real” Medicare, and, unlike the BCRC and CRC, they’re not really acting in concert with the Centers for Medicare and Medicaid Services (CMS). MAPs are their own stand-alone threat. So although Medicare is not pushing MAPs to seek recovery, Medicare’s reach is expanding through the courts. And Medicare is expanding its own reach by directly targeting liability claims and settlement for future dollars that may exist.

While there’s no Section 111 requirement to specifically report MAP claims or to report MSAs, anytime an insurer settles a liability claim or opens a no-fault claim with a Medicare beneficiary (regardless of the MAP status), the insurer must report the claim under Section 111. Additionally, any conditional payments must be properly paid, whether through MAPs, the BCRC, or the CRC.

As a fundamental compliance shift begins to take shape in the liability world, insurers should take the time now to consider their corporate risk tolerance and the “how” and “who” behind successfully achieving full compliance.

Shawn Deane is vice president of Medicare / Medicaid compliance and policy at ISO Claims Partners, a Verisk business. You can contact Shawn at sdeane@verisk.com.