The Centers for Medicare and Medicaid Services (CMS) has just released their latest version of the WCMSA reference guide Version 2.9 (January 4, 2019).

These new updates include the following: 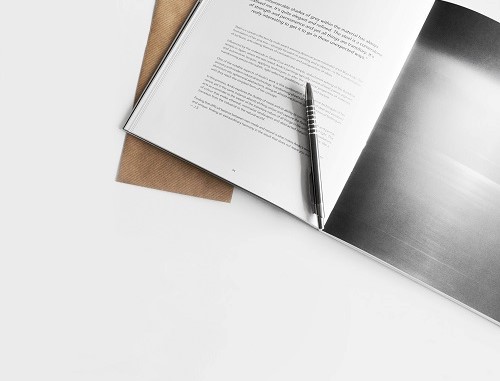 CMS has advised it will no longer provide the Regional Office reviewer and contact information in development letters and alerts. Instead, the parties will be directed to the Workers’ Compensation Review Contractor (WCRC) customer service number (833) 295-3773 for issues and questions. This change would appear to make sense since it is the WCRC, and not the Regional Office that issues and reviews responses to development letters.

CMS incorporated its recent industry alert advising that starting on January 5, 2019 it would convert to using the CDC life table for the total population: United States, 2015 when calculating the life expectancy of individuals in WCMSAs. This change may cause minor differences (usually a tenth to a few tenths of a point) to the estimated life expectancy of an individual but should not result in significantly higher or lower WCMSA approvals.

CMS amended the language addressing CMS’ handling of Spinal Cord Simulators (SCS) in WCMSAs to include lead implantation in the pricing of SCS services. This is a significant change since the prior versions of the guide specifically indicated that “Routine revisions will not include the lead implantation." Conversely, CMS eliminated a sentence requiring preadmission testing if appropriate. CMS also added language stating that “Revision surgeries should only be used where a historical pattern of a need to relocate leads exists.” Since CMS did not previously include SCS revision surgeries in WCMSAs, this change creates the potential for both revision surgeries and the standard SCS replacements every seven (7) years. Finally, CMS clarified that “SCS pricing is based on identification of: (1) Rechargeable vs. Non-rechargeable and (2) Single vs. Multiple Arrays (leads). If unknown, CMS will default to non-rechargeable single array.” Overall, the changes to the SCS considerations continues CMS’ trend of including more treatment in WMCSAs and will likely result in higher costs when calculating the inclusion of a SCS in WCMSA.

CMS updated the reference guide regarding the inclusion of Lyrica as part of WCMSA allocations. By way of background, one of the most significant changes since Capitol Bridge, LLC took over as the WCRC in March of 2018 has been the consistent inclusion of Lyrica in instances where it was historically excluded as an off-label medication. CMS never formally announced this change and the industry only became aware of it through counter higher approvals. As part of the new reference guide, CMS takes the opportunity to explain its recent reasoning for including Lyrica in WCMSAs using the following example:

Example 1: Lyrica (Pregabalin) is cited in MicroMedEx for an off-label medication use related to neuropathic pain from spinal cord injury, and a number of scientific studies indicate that Pregabalin shows statistically significant positive results for the treatment of radicular pain (a type of neuropathic pain). Spinal cord neuropathy includes injuries directly to the spinal cord or its supporting structures causing nerve impingement that results in neuropathic pain. Lyrica is considered acceptable for pricing as a treatment for WCMSAs that include diagnoses related to radiculopathy because radiculopathy is a type of neuropathy related to peripheral nerve impingement caused by injury to the supporting structures of the spinal cord.

While CMS’ updated example specifically addresses Lyrica, it will be essential to monitor how CMS’s reasoning affects other previously excluded off-label medications moving forward. If CMS is simply relying on the scientific studies cited within the MicroMedEx compendia, even when the compendia does not list the use as an accept indication, it potentially sets up a low and flexible standard for the WCRC to include additional medications previously considered off-label.

As part of the new reference guide, CMS removed certain citations to its WCMSA policy memoranda which, prior to the WCMSA reference guide, served as the agency’s primary basis for guidance related to the WCMSA process. In one notable change, CMS amended Appendix 4, to remove the resources link to the WCMSA memos, along with the prior language affirming that “The WCRC follows all CMS memorandums currently in effect.” It is also noted that the new guide no longer references the July 2001 Regional Office memo addressing pure compromise versus commutation settlements in relation to determining the potential WCMSA applicability. It is unknown if this change could potentially impact CMS’ consideration for approving pure compromise denied claim zero MSAs going forward.

ISO Claims Partners will continue to monitor any impact from these changes and provide future updates as warranted. In the interim, please contact the author at swong@verisk.com or 978-825-8262 if you have any questions.