On January 10, 2022, the United States Supreme Court heard oral argument in the case Gallardo by and through Vassallo v. Marstiller (No. 20-1263). This action before the Supreme Court is an appeal of the United States Court of Appeals, Eleventh Circuit’s June 2020 decision in Gallardo v. Dudek, 963 F.3d 1167 (11th Cir. June 26, 2020).  In that decision, the 11th Circuit ruled, in general, that Florida Medicaid could seek recovery of payments it made from the amounts of the settlement agreement representing both past and future medical care. Our prior July 2020 article provides a detailed overview of the underlying facts of this case and the 11th Circuit’s ruling. As part of that prior piece, it was also mentioned that the 11th Circuit’s decision could ultimately end up on appeal before the Supreme Court (which it now has). 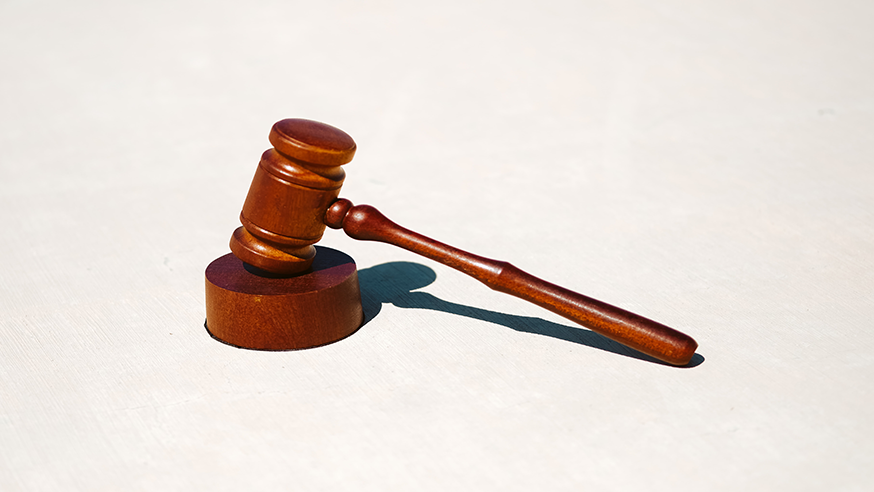 The claimant Medicaid beneficiary appealed the 11th Circuit’s ruling to the U.S. Supreme Court which granted a writ of certiorari (meaning that the court agreed to hear this case on appeal) at 141 S.Ct. 2884 (Mem) (2021).[1] This appeal has generated considerable industry interest, with several different organizations filing amici curiae briefs in support of both sides.[2]  In addition, it is noted that the Solicitor General for the U.S. Department of Justice also participated in oral argument before the Court as amicus curiae supporting the Petitioner (the Medicaid beneficiary claimant who was appealing the 11th Circuit’s ruling).[3]

While our prior article provides a detailed review of the facts, briefly here, the parents of a severely injured minor (“Gallardo”), who received medical benefits from Florida Medicaid, settled their personal injury action with the alleged tortfeasors for $800,000. As part of this settlement, the parties agreed to designate $35,367.52 toward “past” medical expenses. The Florida Agency for Health Care Administration (“FAHCA”), which administers the Florida Medicaid program, did not participate in the settlement, or agree to the amount allocated for past medical expenses. A dispute then developed regarding the amount owed to FAHCA for recovery of its medical expenses. Gallardo argued that certain parts of Florida’s Medicaid law were preempted by federal Medicaid law thereby limiting FAHCA’s recovery to only those amounts allocated for past medical expenses. FAHCA, on the other hand, argued that it was entitled to seek recovery from those amounts of the settlement representing past and future medical care.

The 11th Circuit, for reasons more fully outlined in our prior article, reversed a lower court decision and ruled, in part, that Florida Medicaid could seek recovery of payments it made from the amounts of the settlement agreement representing both past and future medical care.  As part of this decision, the 11th Circuit ruled that federal law did not preempt Florida’s Medicaid statutes (which include an automatic allocation formula subject to challenge) thereby allowing FAHCA to seek recovery of its past expenses from those portions of the Medicaid beneficiary’s settlement for both past and future medical care. The claimant then appealed this decision to the Supreme Court and oral arguments were heard before the Court on January 10th as noted above.

Very generally, as part of this appeal the Supreme Court will revisit the extent to which a state Medicaid program may seek recovery of its expenses from a third-party settlement. As many will recall, the Supreme Court recently examined Medicaid recovery as part of its rulings in Arkansas Dept. of Health and Human Svcs. v. Ahlborn, 547 U.S. 268 (2006) and Wos v. E.M.A. ex rel. Johnson, 568 U.S. 627 (2013). In general, the Supreme Court in Ahlborn ruled, in part, that federal Medicaid statutes limit a state Medicaid program’s recovery to that portion of the settlement attributable to medical damages. In Wos, the Court ruled, in part, that federal law preempted a North Carolina statute which automatically allocated one-third of a recipient’s tort settlement as reimbursement for Medicaid’s expenses. As outlined in our prior article, the 11th Circuit in Gallardo discussed these prior Supreme Court cases as part of, and in relation to, its analysis and ruling.

A complete examination into the various points raised and argued before the Supreme Court at the January 10th oral argument is beyond the scope of this article. However, in general, as part of this almost two-hour hearing, the parties engaged in robust and technical debate centered around, in large part, the nature and extent of Medicaid’s recovery rights under 42 U.S.C. § 1396, et. seq.[4]  Very generally, the Petitioner (the Medicaid beneficiary) argued that various parts of the federal Medicaid statutes limit Medicaid’s recovery to only those sums designated as past medical under the settlement agreement; while the Respondent (FAHCA) countered that other statutory sections allowed Florida Medicaid to recover its payments from those sums designated as past and future medical under the settlement.[5] Per usual protocol, the Supreme Court justices interjected at various times to ask questions and raise different points to each side regarding their respective positions and interpretation of applicable statutory sections and other legal authority.

[1] A “writ of certiorari’ is defined as follows on the UScourts.gov website:

Parties who are not satisfied with the decision of a lower court must petition the U.S. Supreme Court to hear their case. The primary means to petition the court for review is to ask it to grant a writ of certiorari. This is a request that the Supreme Court order a lower court to send up the record of the case for review. The Court usually is not under any obligation to hear these cases, and it usually only does so if the case could have national significance, might harmonize conflicting decisions in the federal Circuit courts, and/or could have precedential value. In fact, the Court accepts 100-150 of the more than 7,000 cases that it is asked to review each year. Typically, the Court hears cases that have been decided in either an appropriate U.S. Court of Appeals or the highest Court in a given state (if the state court decided a Constitutional issue). The Supreme Court has its own set of rules. According to these rules, four of the nine Justices must vote to accept a case. Five of the nine Justices must vote in order to grant a stay, e.g., a stay of execution in a death penalty case. Under certain instances, one Justice may grant a stay pending review by the entire Court.

[2] Amici curiae briefs can be defined as follows:

Latin for "friend of the court." Plural is "amici curiae." Frequently, a person or group who is not a party to an action, but has a strong interest in the matter, will petition the court for permission to submit a brief in the action with the intent of influencing the court's decision. Such briefs are called "amicus briefs."

Rule 37 of the Rules of the Supreme Court of the United States dictates the content, format, and circumstances of amicus briefs before the U.S. Supreme Court. Rule 29 of the Federal Rules of Appellate Procedure governs amici curiae in federal courts in general. State rules of civil and appellate procedure govern amici curiae in state cases. In addition to advocating for an outcome through briefs, amici curiae sometimes participate in oral arguments before an appellate court.

From the author’s review of Westlaw docket entries, examples of entities which filed briefs in support of the petitioner (claimant) included the American Justice Association and Florida Justice Association.   Examples of entities filing briefs in support of the respondent included the National Conference of State Legislatures, the National League of Cities, the U.S. Conference of Mayors, and the Government Finance Officers Association; and the states of Utah, Ohio, and 12 other states.  In addition, the American Academy of Physician Life Care Planners filed an independent amicus brief.

[6] On this point, the following excerpt is contained on uscourts.gov:

All opinions of the Court are, typically, handed down by the last day of the Court's term (the day in late June/early July when the Court recesses for the summer). With the exception of this deadline, there are no rules concerning when decisions must be released. Typically, decisions that are unanimous are released sooner than those that have concurring and dissenting opinions. While some unanimous decisions are handed down as early as December, some controversial opinions, even if heard in October, may not be handed down until the last day of the term.