The South Carolina District Court is the latest jurisdiction presented with the question of whether a Medicare Advantage Plan (MAP) can sue for “double damages” under the Medicare Secondary Payer’s (MSP’s) private cause of action (PCA) statute.[1]

In Humana Ins. Co. v. Bi-Lo, LLC, 2019 WL 4643582 (D. South Carolina, September 24, 2019), Humana filed a PCA suit against a defendant tortfeasor alleging, in part, that its purported failure to reimburse payments made for its enrollee’s medical treatment made it liable for “double damages” under the MSP. The defendant moved to dismiss arguing, in part, that MAPs did not have PCA rights. The court, however, disagreed. In denying the motion to dismiss, the court found that the MSP’s PCA statute applied to MAPs and that, accordingly, Humana’s PCA claim can proceed. 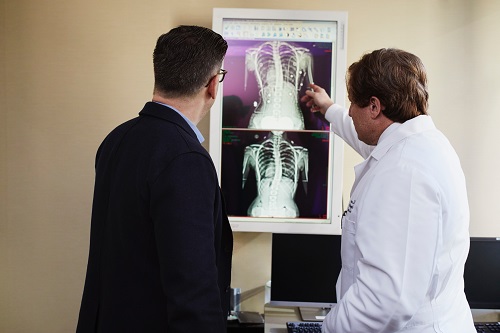 In the bigger picture, this decision represents the latest favorable view taken by a court of MAPs possessing PCA rights under the MSP, and this new decision is another reminder that claims payers need a MAP game plan to deal with increasing MAP recovery claims and avoid litigation.

This new decision and its wider claims impact are summarized as follows:

In this case, a MAP enrollee was allegedly injured in a 2013 slip and fall incident at Defendant’s store. In 2016, the defendant entered into settlement with the enrollee for $80,000 in exchange for a release of all claims. The defendant tendered the full settlement amount to the enrollee. In connection with this claim, Humana allegedly issued $25,449.88 in payments for the enrollee’s accident related treatment. The enrollee failed to repay Humana, prompting Humana to then send a demand letter to Defendant seeking reimbursement.

The defendant moved to dismiss Humana’s complaint on four main bases: (i) the MSP’s PCA statute does not apply to MAPs; (ii) allowing Humana’s PCA claim to proceed would violate its due process rights; (iii) the MAP enrollee was an indispensable party to the action; and (iv) Humana acknowledged that it made payment. In addition, the defendant contended “the long-recognized [South Carolina] practice upon settlement of a case is that the plaintiff remains responsible for satisfying any medical liens from the settlement proceeds.”

The court rejected each of these arguments as follows:

First, upfront the court rejected any notion that any “established practice” of a plaintiff assuming responsibility controlled. Rather, the court made it clear that it had to “look to the statutes, regulations, and case law that discuss whether an [MAP] an pursue a direct action against a party who settles a case with a plaintiff when the plaintiff does not reimburse the MAO for the conditional payments.”

Many of the courts finding that the [PCA] statute applies to MAOs have relied on the Third Circuit’s thorough discussion of the issue in In re Avandia. After reviewing that decision, the Court agrees in full with the reasoning and holding and incorporates the Third Circuit’s analysis herein.  Humana v. Bi-Lo, LLC, 2019 WL 464352, at *3. (Emphasis added).

Fourth, the court ruled that the MAP enrollee was not an indispensable party to Humana’s action, noting that since it had determined that Humana could bring a PCA action, it could, thus, provide “complete relief” to Humana without the enrollee as party to the action explaining as follows:

While Defendant may be correct that Enrollee is the “‘elephant in the room’ throughout any adjudication of this matter,” [citation omitted], the Court can still provide complete relief to Humana without Enrollee being a party to this action because the Court has found that Humana may bring a private cause of action against Defendant. To that point, while Defendant is correct that Enrollee has an obligation to reimburse Humana, it is black letter law that an aggrieved party is the master of its case and is not required to sue all joint tortfeasors. [citation omitted] Additionally, in order to ameliorate its indemnification concerns, Defendant can implead Enrollee as a third-party defendant. Humana v. Bi-Lo, LLC, 2019 WL 464352, at *4.

Finally, the court rejected the defendant’s argument that dismissal was warranted since Humana admitted that it “provided for payment” commenting that “Defendant’s obligation to pay Humana directly is the question at issue in this case and will be litigated vigorously by both parties. However, it is undisputed that Defendant has not paid Humana directly; thus, dismissal is inappropriate at this time.”  Id.

Based on these reasons, the court denied the defendant’s motion to dismiss and ordered the parties to submit a joint scheduling order. Thus, this case will now proceed on Humana’s substantive allegations that the defendant is liable for damages under the MSP’s PCA statute.

The court’s decision Humana v. Bi-Lo is another example of the growing number of courts finding that MAP’s can sue for “double damages” under the MSP. For example, the U.S. Third and Eleventh Circuit Courts of Appeals.

Returning to Humana v. Bi-Lo, it will be interesting to see if the court ultimately finds Defendant liable for double damages under the MSP based on the facts. To the extent the court is inclined to find PCA liability, it will be particularly interesting to see how the will view and apply 42 C.F.R. 411.24(i), which, as noted above, Humana argues pins ultimate responsibility on the defendant. It is noted that Humana had success with this argument in actually securing a double damages award a few years back in the case Humana v. Western Heritage, 832 F.3d 1229 (11th Cir. 2016). We will, of course, be closely monitoring this case as it now proceeds.

From a more macro view, this case (along with the several other decisions noted above) underscore the critical need for claims payers to develop MAP protocols to address MAP lien claims and avoid potential PCA actions. While a complete examination into all the factors necessary to build MAP best practices is beyond the scope of this article, starter considerations include understanding the MAP case decisions and then developing practices aimed at obtaining MAP enrollee status, procuring MAP lien information, disputing the MAP lien (if applicable), and addressing who will be responsible for actually reimbursing any MAP lien(s) as part of the settlement process.

How we can help

ISO Claims Partners has been the leader in helping claims payers build MAP protocols, and we would look forward to helping you address your MAP compliance needs. Please contact the author directly if you are interested in learning more.

In the meantime, learn more about our MAP services and/or review our state-by-state guide to Medicare Advantage in the courts.

[1] The private cause of action statute is codified at 42 U.S.C. 1395y(b)(3)(A) and states as follows: There is established a private cause of action for damages (which shall be in an amount double the amount otherwise provided) in the case of a primary plan which fails to provide for primary payment (or appropriate reimbursement) in accordance with paragraphs (1) and (2)(A) [of 42 U.S.C.  § 1395 y(b)].

(1) In the case of liability insurance settlements and disputed claims under employer group health plans, workers’ compensation insurance or plan, and no-fault insurance, the following rule applies: If Medicare is not reimbursed as required by paragraph (h) of this section, the primary payer must reimburse Medicare even though it has already reimbursed the beneficiary or other party.