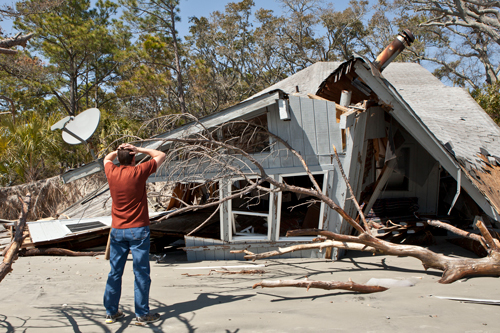 The National Hurricane Center has increased the likelihood of “above-normal” activity in the Atlantic Basin for the remainder of the 2019 hurricane season. The new forecast increases the probability of above-normal activity from 30 percent to 45 percent, including an increase in the number of named storms from September 15 to October 17.

NHC raises probability of "above-normal" activity from 30% to 45%.

A normal Atlantic hurricane season consists of 12 named storms, including six hurricanes (three of which are designated category 3 on the Saffir-Simpson scale).

So far, there have been three named storms (Subtropical Storm Andrea in May, Hurricane Barry in July and Tropical Depression Chantal in August). Atmospheric conditions haven’t been conducive for tropical development in the 2019 season, which began June 1. But this is expected to change, possibly quite abruptly. The Atlantic hurricane season lasts until November 30.

In the last ten years, there have been 27 catastrophes designated in September, resulting in $62.4 billion in insured losses from approximately 3.1 million claims. Hurricane and tropical storm catastrophes alone accounted for $57.1 billion of those losses and 2.5 million claims.

September 2010 and 2018 were the most active years in that stretch, with a combined total of 11 catastrophes resulting in approximately 616,000 claims and $6.5 billion in insured losses. September 2018 had two named storms, including one major hurricane (Florence). Two major hurricanes in 2017 (Irma and Maria) caused a severe impact on the industry.

The following graph illustrates catastrophe activity for September from 2009 to 2018 in terms of dollar losses and claim volumes. 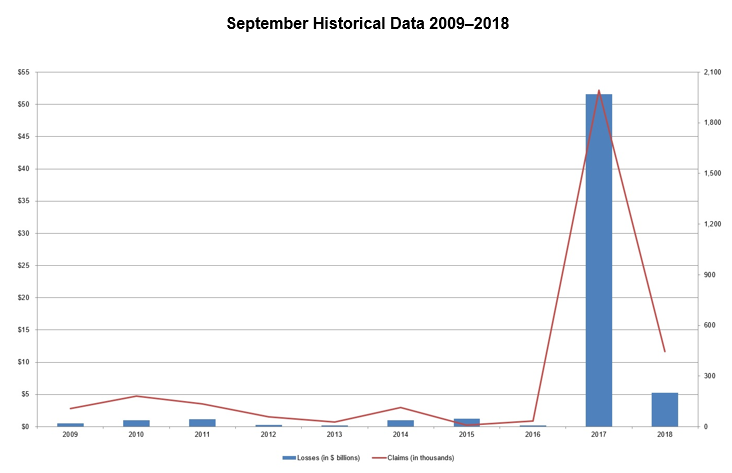 For more information, please contact Ted Gregory at 201-469-3144 or tgregory@verisk.com.