Verisk recently released its latest 360Value® Quarterly Cost Update, which offers an overview of current reconstruction cost trends at the national and state/provincial levels for the United States and Canada from July 2018 to July 2019.

Total reconstruction costs, including materials and retail labor, increased 3.7 percent at the national level in the United States from July 2018 to July 2019, consistent with the 3.9 percent growth seen from April 2018 to April 2019.

Reconstruction costs increased in all states, with the highest changes seen in Maryland, Minnesota, and Idaho, at 6.1 percent, 5.7 percent, and 5.6 percent, respectively.

The materials component of costs included a significant outlier in the lumber category, which saw a negative 11.3 percent change on the heels of a recent upward surge in prices.

In Canada, at the national level, total costs increased 2.5 percent from July 2018 to July 2019, revealing a pattern of declining cost growth rates. During the second quarter of 2019 (April through June), reconstruction costs were up 0.5 percent. 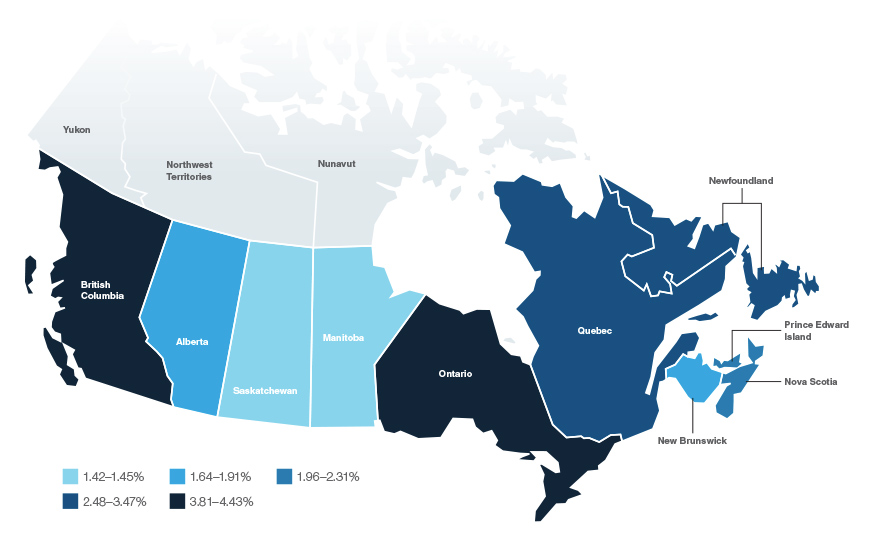 All ten provinces experienced reconstruction cost increases in the latest reporting period. Costs in Ontario grew the most, at 4.4 percent, while Manitoba and Saskatchewan tied for the smallest increase, at 1.4 percent. The cost update for Canada indicates that the top three, in addition to Ontario, include British Columbia and Newfoundland at 3.8 percent and 3.5 percent, respectively.

As in the United States, lumber costs ran counter to the overall materials trend, with a negative 3.5 percent change.

Read our white paper, Insurance to Value: Taking Aim at a Moving Target.