Verisk Insurance Solutions released its 360Value® Quarterly Cost Updates on reconstruction costs for the first quarter of 2017. The reports offer an overview of current reconstruction cost trends at the national and state/province level for the United States and Canada. 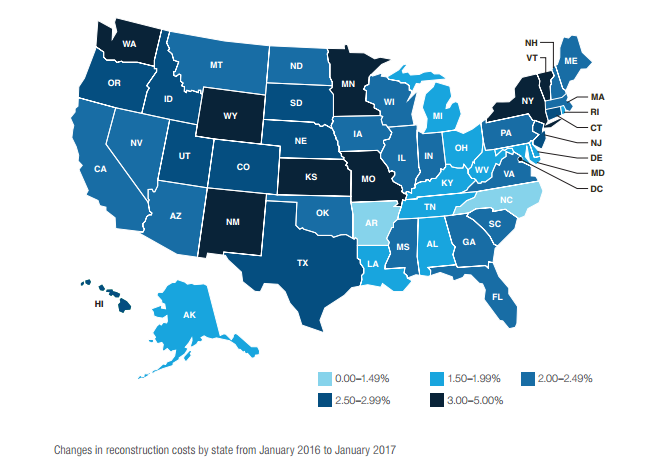 Overall, from January 2016 to January 2017, rate changes in the states were fairly stable, rising slowly at a consistent pace. The top nine states with the highest cost increase rates (greater than 3 percent) were scattered throughout the West (New Mexico and Washington), northern Midwest (Minnesota and Wyoming), Midwest (Kansas and Missouri), the Northeast (New York and Vermont), and only Washington, D.C., in the South. The South was the slowest-growing region in terms of overall cost increases. View the full report and map for the United States. 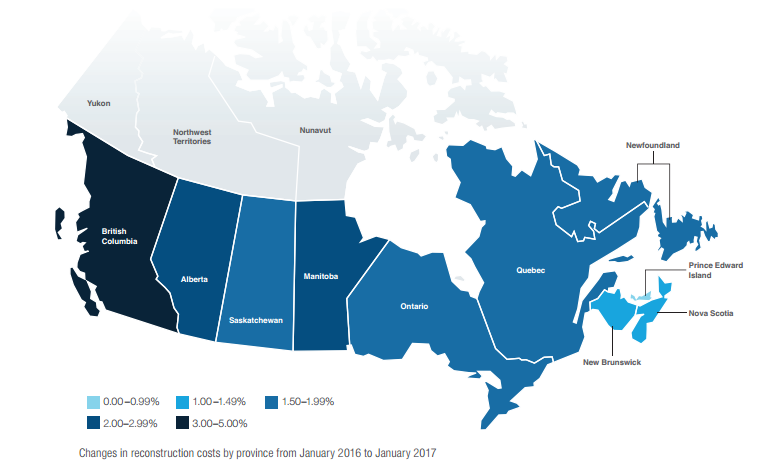 During the fourth quarter of 2016, reconstruction costs went up 0.7 percent. View the full report and map for Canada.

Scott Amussen is vice president of property products for Verisk Insurance Solutions–Underwriting. He was an assistant vice president for Xactware’s 360Value. he can be contacted at jsamussen@verisk.com. 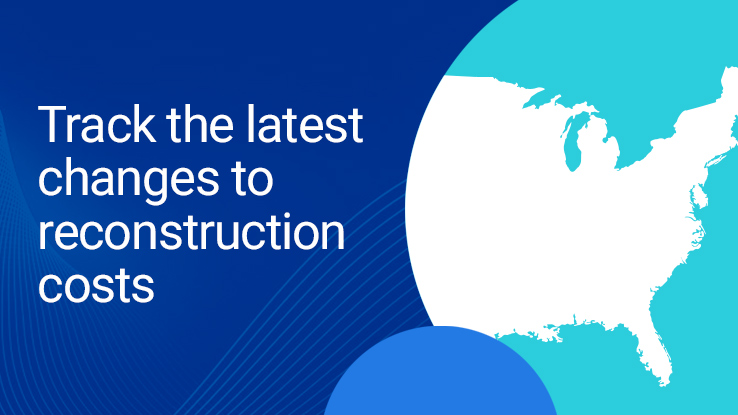