On February 27, 2015, the Centers for Medicare and Medicaid Services (CMS) released the final rule allowing primary payers to appeal conditional payment demands. The appeals process, which CMS is required to grant per the SMART Act, allows primary payers to pursue appeals through a formal administrative and legal process. Before the new process, primary payers were unable to appeal beyond the relevant Medicare contractor, although Medicare beneficiaries were permitted to file formal appeals. The new appeals process now levels the playing field.

CMS initially published a proposed rule in December 2013. In response to the proposed rule, CMS received 19 comments from various stakeholders, including us. The CMS proposal basically granted primary payers access to participate in the existing appeals process long available to Medicare beneficiaries. But hundreds of thousands of Medicare appeals cases remain in a backlog awaiting administrative law judge adjudication, and the Office of Medicare Hearings and Appeals (OMHA) projected processing time for appeals in fiscal year 2015 was 547.1 days.[1] Therefore, we recommended that CMS provide a fast-track appeals process for Medicare Secondary Payer (MSP) claims. Apart from the backlog, we feel that the existing appeals program appears to be well positioned to address primary payer appeals. 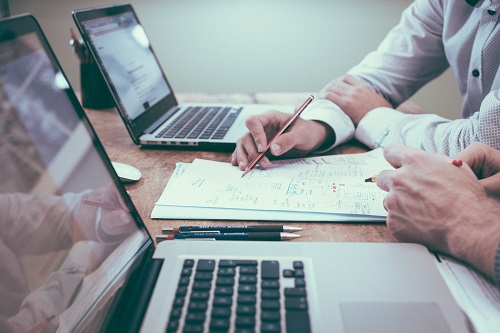 CMS’s final rule does not materially differ from the proposed rule issued in December 2013. However, in a departure from the original CMS proposal, the final rule adjusts a notice requirement and relieves the primary payer of the obligation to notify the Medicare beneficiary of the appeal. Initially, CMS declined to create a fast-track appeals process for Medicare Secondary Payer appeals.

The new appeals process is relatively straightforward and will operate as follows: After reconsideration by the Benefit Coordination and Recovery Center (BCRC), a qualified independent contractor will review the claim. Next, an administrative law judge will review and adjudicate the dispute. From there, the Medicare Appeals Council will review the adjudication. Finally, if that fails, it’s possible that the claim could be reviewed in federal court. For an overview of the appeals process, OMHA has published a good explanation.

We applaud CMS for acting relatively quickly to release these final regulations. Now, all parties have a fair and equal process for dealing with Medicare Secondary Payer matters.

[1] See HHS.gov, information regarding the Office of Medicare Hearings and Appeals:  http://www.hhs.gov/omha/important_notice_regarding_adjudication_timeframes.html

Rob Lewis is president of Casualty Solutions at Verisk. You can contact Rob at rlewis@verisk.com.