Ninth Circuit: CIGA is not a “primary payer” under the MSP and does not have to reimburse Medicare

In a significant new case out of California, the United States Circuit Court of Appeals (Ninth Circuit)[1] in California Insurance Guarantee Association (CIGA) v. Azar, 2019 WL 5076945 (9th Cir. Oct. 10, 2019) reversed the United States District Court for the Central District Court of California [2] and ruled that CIGA is not a “primary plan” under the Medicare Secondary Payer (MSP) statute and, therefore, not liable to reimburse Medicare conditional payments made on behalf of workers’ compensation claimants.

Whether Medicare will attempt to appeal this decision to the United States Supreme Court is unknown at this time. It is also unknown to what extent the Centers for Medicare and Medicaid Services (CMS) will recognize this decision going forward not only with respect to conditional payments, but how it may also pertain to other MSP considerations such as Section 111 reporting or Medicare Set-Asides. 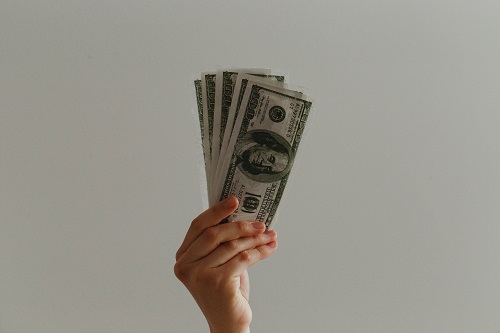 The following breaks down this decision and its larger claims impact:

CIGA argues it is not a primary plan under the MSP

This matter arose from California Insurance Guarantee Association’s (CIGA) handling of certain workers’ compensation claims. CIGA notified CMS that some of the claimants may be Medicare beneficiaries. CMS took the position that CIGA was a primary payer under the MSP and responsible for reimbursing conditional payments. However, CIGA argued it was not a primary payer for MSP purposes per California’s Guarantee Act.[3] CIGA ultimately filed suit against CMS for declaratory and injunctive relief.

District Court found that CIGA is a primary plan

The district court ruled for CMS – finding that CIGA was a primary plan as that term applied under the MSP and, therefore, it was liable to reimburse CMS for its conditional payments and that any contrary provisions under California were preempted by the MSP.[4] CIGA then appealed this adverse ruling to the U.S. Circuit Court of Appeals (Ninth Circuit).

On appeal, the Ninth Circuit reversed the district court’s ruling and found, instead, that CIGA is not a “primary payer” under the MSP and, therefore, not liable to reimburse Medicare.

The rationale behind the Ninth’s Circuit ruling can be broken down as follows:

First, on the preemption issue the court noted that under California’s Guarantee Act, CIGA is prohibited from paying “any obligations to a state or to the federal government”[5] and if a claimant has a covered claim under a guaranty program he or she must “first exhaust his or her right under the program” before seeking recovery from CIGA for any remaining unpaid portion of the bill.[6] The court went on to reject the district court’s ruling that the MSP preempted the California statutes finding “[n]othing in the Medicare statute or its implementing regulations suggest that Congress meant to interfere with state schemes designed to protect against insurer insolvencies.”[7]

Second, a major part of the court’s analysis focused on whether CIGA could be considered a workers’ compensation law or plan. On this point, the court noted that California categorized insurance into various “classes,” including workers’ compensation insurance, auto and liability insurance. The court then went on to conclude that while the Guarantee Act protected against default by insurers of these classes, “CIGA itself was not one of them. Rather, it falls within the class of insolvency insurance.”[8] In this regard, the court viewed CIGA as “an insurer of last resort” assuming liability only when no secondary insurer is available.[9]

Third, the court found that insolvency insurance, which is the coverage provided by CIGA, was not included as one of the forms of the insurance under the term "primary plan" in the MSP. The court noted that the MSP – while providing “illuminating examples” of the term “WC law or plan,” does not actually define the term.[10] And, on this point it noted that CIGA “as an insurer insolvency scheme, is dissimilar to all of them, suggesting that it is not a workers’ compensation plan.”[11] Further, the court noted that while Congress kept adding examples to the list of WC plan over the past 50 years, it has failed to include insolvency schemes in the list which, to the court, "suggests that their omission from the Medicare statutes and regulations was deliberate.”[12]

On these points, the court noted:

It makes little sense to interpret the statutory phrase “primary plan” to refer to a payer of last resort. The Medicare statute describes Medicare only as “secondary.” Under agency regulations, the term “secondary” refers to benefits that “are payable only to the extent that payment has not been made and cannot reasonably be expected to be made under other coverage that is primary to Medicare.” 42 C.F.R. § 411.21 (emphasis added). The qualifying phrase “that is primary to Medicare” implies the existence of coverage that is not primary to Medicare. Indeed, the agency has acknowledged one such example: “Medicare is [the] primary payer with respect to Medicaid” because Medicaid is “the payer of last resort.” (citations omitted).[13]

Fourth, the court found that other parts of the Medicare statute confirmed that Congress did not intend to disrupt state laws governing insurer solvency. Specifically, the court noted that the MSP contained a preemption provision that Medicare standards shall supersede any state law or regulation regarding Medicare Advantage Plans and Part D and originally this preemption provision applied to any state law that was inconsistent – but that Congress eventually clarified the preemption did not apply to “state laws relating to plan solvency.” [14]

From all this, and in keeping with viewing CIGA as insolvency insurance, the court noted that an insured employee’s work-related injury“is insufficient to trigger CIGA’s obligations, CIGA is not a worker’s compensation insurer.”[15] Accordingly, the court found that the district court’s analysis was faulty, finding that “[b]y focusing on CIGA’s obligation to pay for medical care, the district court improperly classified it as a workers’ compensation plan based on benefits it provides rather than the loss it protects.” [16]

Based on the foregoing, the Ninth Circuit reversed the district court finding that CIGA was NOT a “primary payer” and had no obligation to reimburse CMS for conditional payments made on behalf of workers’ compensation insureds.

This decision is certainly a significant victory for CIGA, which over the past few years has launched different legal challenges to Medicare conditional payment claims.

More broadly, on its face the court’s decision in CIGA v. Azar is certainly a strong rebuke to CMS’s ability to pursue conditional payment recovery against CIGA and potentially other payors of last resort. On this latter point, it will be interesting to see if courts addressing future challenges based on this case under the guaranty laws of other jurisdictions will apply this decision liberally, or whether they will limit the ruling based on the nature of any specific state statutes governing guaranty associations and insolvency. That is, as discussed above, in CIGA v. Azar, the court found that CIGA was not a workers’ compensation law or plan under California law and in relation to how that term is referenced under the MSP. By contrast, the court in CIGA v. Azar noted how the First Circuit in a 1996 case found under the Rhode Island’s insolvency statute the Rhode Island fund was “deemed the primary insurer, and hence a primary plan.”[17]

On a final note, the holding appears to be limited to the facts and circumstances applicable to CIGA, but it would not be surprising if other guarantee funds decide to test the applicability of the MSP statute given their role as an insolvency insurer. Whether different facts and a different statutory scheme could lead to a different result in another context is something to watch going forward.

ISO Claims Partners will be contacting CMS to try to obtain clarification on the impact of this case in a broader sense moving forward. In the meantime, we will continue to monitor developments related to this case and provide updates as warranted.

In the interim, please contact the authors if you have any questions.

[10] The court noted that under the MSP the term primary plan “includes the workers’ compensation plans of the 50 States, the District of Columbia, American Samoa, Guam, Puerto Rico, and the Virgin Islands, as well as the systems provided under the Federal Employees’ Compensation Act and the Longshoremen’s and Harbor Workers’ Compensation Act.” 42 C.F.R. § 411.40(a).

Sid Wong is vice president of policy, Casualty Solutions at Verisk., a Verisk business. You can contact Sid at swong@verisk.com.