U.S. Secretary of Health and Human Services (HHS) Sylvia Mathews Burwell released a new report to Congress that provides insight into the data the Centers for Medicare and Medicaid Services (CMS) used to calculate and substantiate its threshold figures. The report explains how Medicare calculated its recently revised “low-dollar” recovery and reporting thresholds for liability, workers' compensation and no-fault settlements. A copy of Secretary Burwell’s report can be obtained here.

Section 202 of the SMART Act requires the Secretary of HHS to calculate and publish an annual single “low-dollar” threshold figure, below which Section 111 reporting and conditional payment reimbursement are not required for physical trauma-based liability (including self-insurance) settlements, judgments, awards, or other payments (“settlements”). In addition, the Secretary must evaluate whether similar thresholds should be established for workers' compensation and no-fault settlements. The goal is to prevent Medicare from spending more to recoup conditional payments than it actually collects. 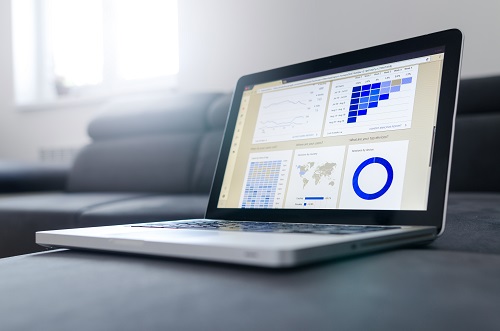 Settlements falling below these thresholds are exempt from both Section 111 reporting and conditional payment recovery rules effective immediately.

How Did CMS Calculate its Low-Dollar Thresholds?

The report published by the U.S. Department of Health and Human Services explains how CMS calculated its revised low-dollar threshold amounts as follows:

CMS calculated its average cost of collecting conditional payments for liability (including self-insurance), workers' compensation, and no-fault settlements to be approximately $421 for Fiscal Year (FY) 2015. This figure is nearly equal to the $420 average cost collection for FY 2014.

To arrive at this average cost, CMS first looked at how much it spent on its non-group health plan (NGHP) benefit coordination and recovery efforts in FY 2015, which included contractor costs and totaled $74,671,682. Then they divided this figure by the total number of NGHP demand letters, yielding an average collection cost of $421 per NGHP case ($74,671,682/177,511 cases = $421). CMS applied the same unit cost across the board for all NGHP cases, concluding no difference in cost exists between the work performed on liability, workers' compensation, or no-fault Medicare Secondary Payer (MSP) recovery cases.

As part of this evaluation, CMS recognized that retaining its current $1,000 threshold decreased potential additional recoveries by an estimated $50,000. However, CMS ultimately decided to retain the $1,000 threshold because projected implementation costs to set a lower threshold “would likely exceed these estimated recoveries.”

In addition, while the average cost of collection per case remained the same, it was noted that the number of reported liability cases with settlements of $1,000 or less decreased by almost 30 percent between FY 2014 and FY 2015. This decrease was attributed to parties understanding that physical trauma-based liability settlements below $1,000 do not need to be reported.

Regarding the new $750 threshold for workers' compensation and no-fault settlements (where there is no ORM), the average amounts demanded in the settlement range of $500 – $750 were $516 for workers' compensation and $499 for no-fault cases. These numbers were closest to the estimated $421 cost of collection. While acknowledging some demands in this range were less than $421, CMS set the threshold “at the upper end” of this range to “ensure that no demands will be sent for amounts that exceed the average cost of collection.”

On the positive side, CMS’s low-dollar thresholds help excise low value settlements from Medicare’s reporting and recovery requirements. It is also noteworthy that CMS has now established a new low-dollar threshold for certain workers' compensation and no-fault claims, although this is not technically required under the SMART Act.

We believe that CMS could further improve the process by setting higher monetary thresholds and including currently excluded claims. Unfortunately, these changes do not seem to be on the horizon. Instead, the HHS report suggests CMS may actually be contemplating lowering its liability threshold.

Going forward, claims payers should ensure that CMS’s updated low-dollar thresholds are incorporated into their Section 111 and recovery practices.